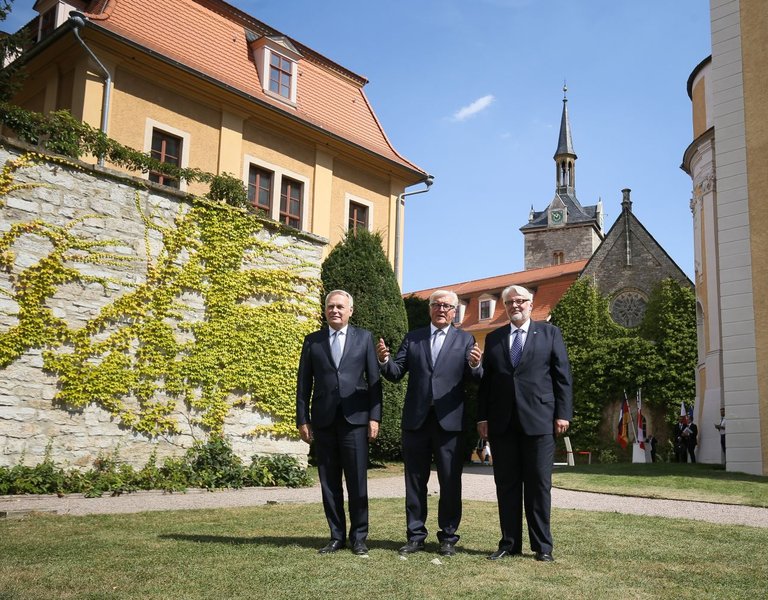 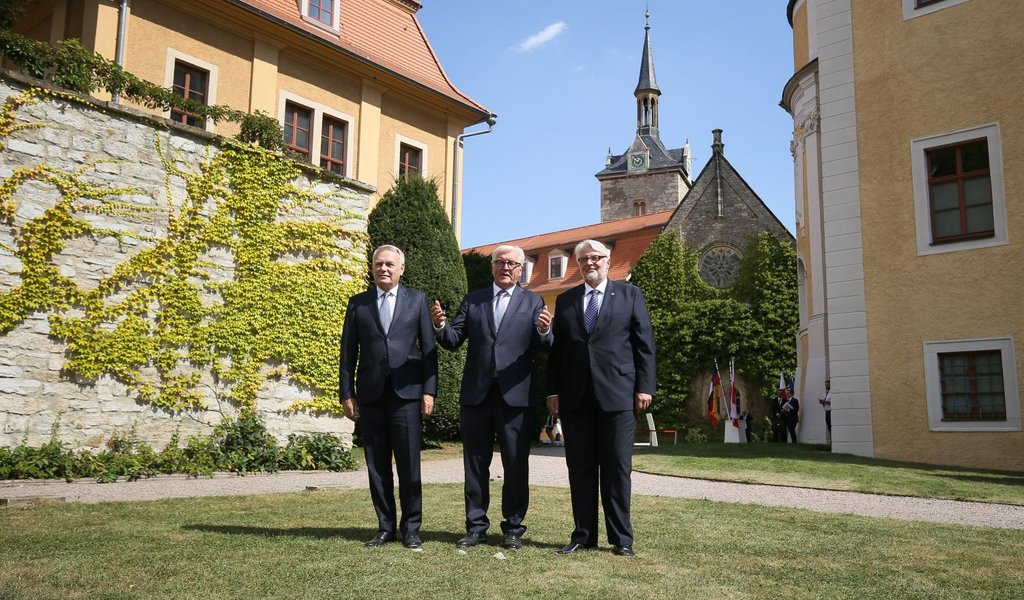 Western media on the revival of the Weimar Triangle

“A new impulse for Europe. Poland delivers a very commanding display in the person of Waszczykowski”

“The Poland of 2016 is actively taking part in European issues, it wants to provide advice, take on responsibility, shape the old continent according to values. This is not a Poland that is parochial, closed off to the world – it is open and engaged,” writes the German newspaper “Tagespost” about the initiative to revive the Weimar Triangle and Angela Merkel’s visit to Warsaw.

This was clear to see during the visit of the German Chancellor to Warsaw last week. Prime Minister Beata Szydlo received Angela Merkel in a sincere manner, avoiding any polemics. (…) In doing so, Szydlo reminded Merkel – who together with French President Francois Hollande and Italian Prime Minister Matteo Renzi had earlier placed flowers on the grave of the Communist Altiero Spinelli on the island of Ventotene – about the existence of another democratic idea for Europe, in which the sovereignty of the 27 members (after Brexit) is treated seriously, writes Stefan Meetschen of the “Tagespost”. According to him, “Poland delivered a very commanding display in the person of Waszczykowski” during the Weimar Triangle meeting of French, Polish and German foreign ministers in Ettersberg.

The head of Poland’s MFA said that Triangle could still play an important role and give Europe a new impulse. (…) “It is possible that we will see this in November this year when the members of the Triangle meet in France for the first time in five years on the head of state and government level,” Meetschen says. He went on to say that as a result of the importance that they pay to tradition, Poles “long for European politicians with political and historical sensitivity and for whom co-operation is more than merely a ‘rhetorical trick’”.

The influential French portal “atlantico.fr” states that the revival of the Weimar Triangle “demonstrates the weakness of the European Commission”. On the portal, the political scientist Christophe Bouillaud writes that however nationalistic and eurosceptic the PiS government might be, “it does not intend to weaken Europe”. On the contrary.

The Polish government knows that maintaining Europe in its current composition lies in its interest. And this is despite the serious on-going conflict between Warsaw and Brussels regarding the state of democracy in Poland. (…) Above all, this initiative (ed. the revival of the Weimar Triangle) shows us one thing: the weakness of the European Commission. It is not Jean-Claude Juncker who is travelling around Europe with the aim of finding a way to diffuse the crisis following Brexit, it is the member states who are trying to come to an agreement between each other. They are the ones leading the European game, despite proclamations by Juncker that he will politicise the Commission, Bouillaud points out. However, the Frenchman says that reaching an understanding within the Weimar Triangle format will be difficult as Poland “does not share the same geopolitical vision as France and Germany”.

According to Bouillaud, the main dangers emanate primarily from the East, rather than Raqa and Mosul and certainly not from Gao or Mali. But this is also a valuable opportunity: to define a new EU strategy, a strategy that is essential given the fact that instability abounds on all EU peripheries – from Tripoli to Murmansk. That is why this initiative is a good one, says the political scientist.