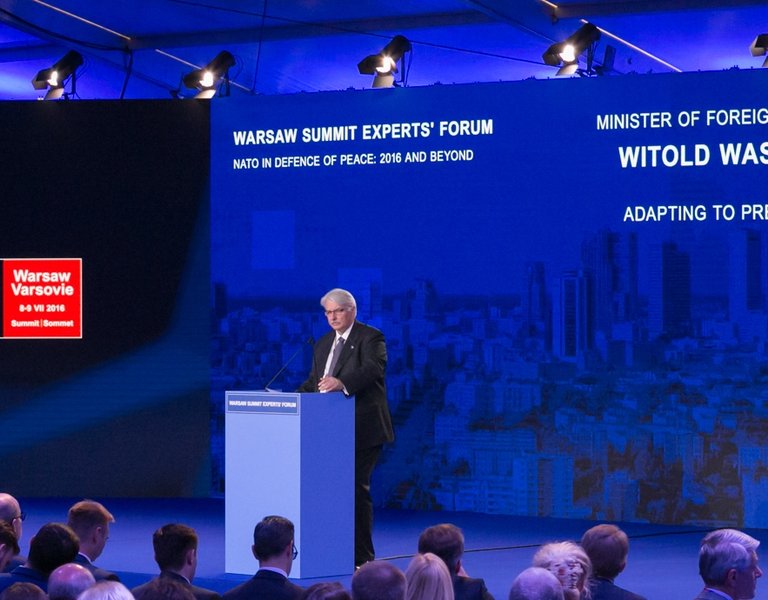 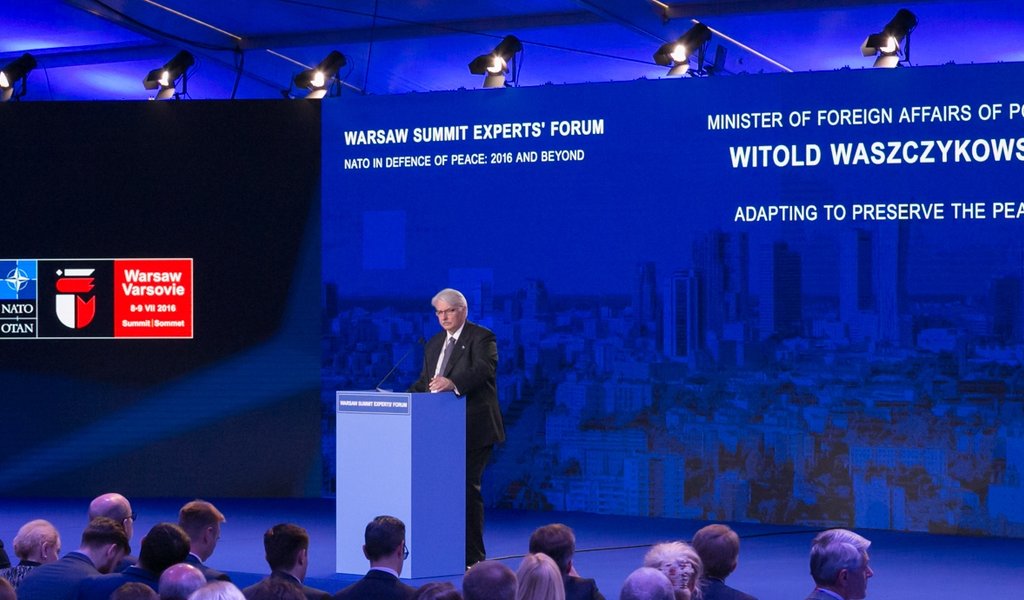 The head of the Polish MFA spoke at the Expert Forum, which was held as a side event of the Warsaw NATO summit. The organisers and partners of the Expert Forum included the PISM, the GLOBSEC, the Atlantic Council, the Centre for Strategic and International Studies, and the German Marshall Fund. The Forum was devoted to NATO's role in the modern world, including in Central and Eastern Europe, and NATO's relations with Russia.

In his speech, the chief of Polish diplomacy stressed that Moscow is not a constructive player on the international stage. He pointed out to the need to reject “wishful thinking about pragmatic cooperation with Russia - as long as Russia invades territories of our neighbours.”

“Abkhazia, South Ossetia, Nagorno-Karabakh, Crimea, Donbas, and former Yugoslavia – this is a long list of conflict areas that emerged after 1991. None of these conflicts has been resolved with Russia’s support,” noted Mr Waszczykowski. ”Achieving peace and stability in a region weakens the influence of Moscow, whose values and objectives are dissimilar to ours. Russia exports destabilisation and, increasingly, we notice that we are on opposite poles when it comes to solving conflicts,” observed the head of the MFA.

“Russia has not been deceived by the West. Nobody promised Russia imperial dominance over the territory of its neighbours,” he stressed. 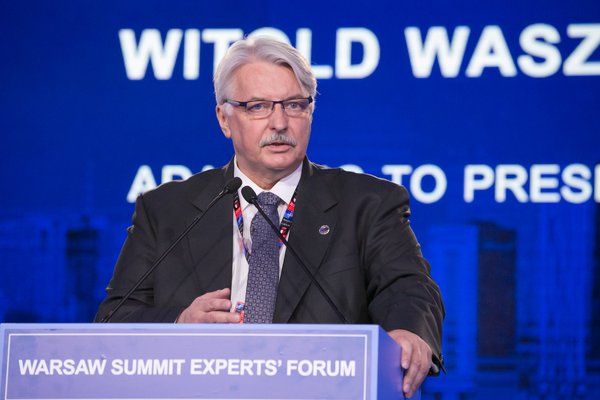 Waszczykowski also drew attention to the disparity between the actions undertaken by Russia, for example in Syria, and its expectations towards NATO. “The Kremlin considers its intervention in Syria as its sovereign right, and undertakes it without consulting NATO. At the same time Russia deprives us of the right to conduct military exercises on our own territory, in line with security agreements between our countries, in the face of challenges that Russia itself causes,” he said.

The foreign minister also stressed that Russia has been invited to wide cooperation with Western institutions, including through membership in the Council of Europe and G8, and dialogue with the EU and NATO. “Unfortunately, Russia has chosen a different path, our efforts did not meet with reciprocity from Russia; on the contrary, we have received more unreasonable demands, we have met with mistrust and confrontational attitude,” he noted.

Minister Waszczykowski emphasised in his speeches that he is in favour of NATO’s upholding the open-door policy at the Warsaw summit, and of close cooperation with countries aspiring to membership – including Georgia, Moldova and Ukraine.

The head of the Polish MFA also drew attention to different consequences of the presence of NATO’s and Russia’s forces on a given territory. In this context, he pointed out, among others, to the successful – in his opinion – NATO-led stabilisation missions in the Western Balkans.

“If we compare the present situation in Central Europe and the Western Balkans to the post-Soviet area (...), the differences are enormous,” he stressed. As he noted, the Western Balkans have become stable, and all countries of this region aspire to EU membership.

“From this point of view, the situation in Georgia, Ukraine, Moldova, Azerbaijan, and Armenia differs significantly because of Russia’s permanent presence there. It allegedly serves to maintain peace, but in reality it maintains the remains of this country’s geopolitical area of influence. We cannot accept Russia’s military presence on a territory of a given state against its sovereign will; so says international law,” declared the head of the MFA.