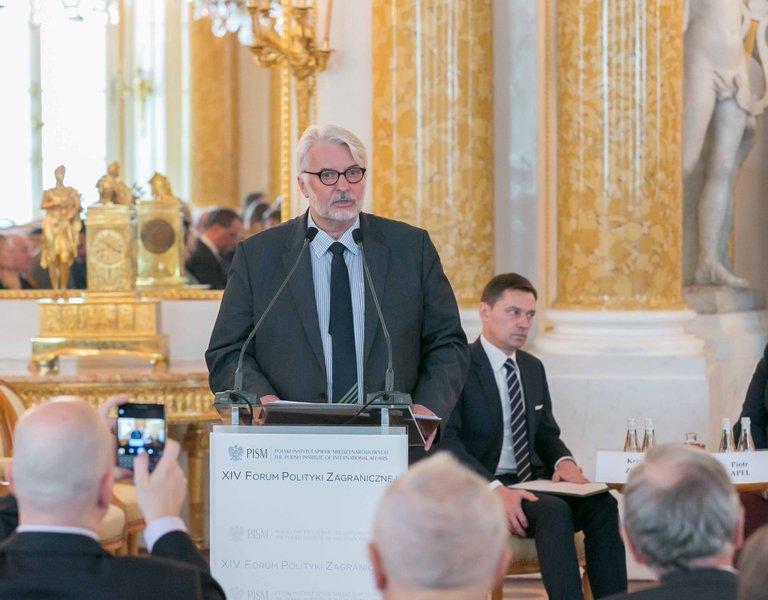 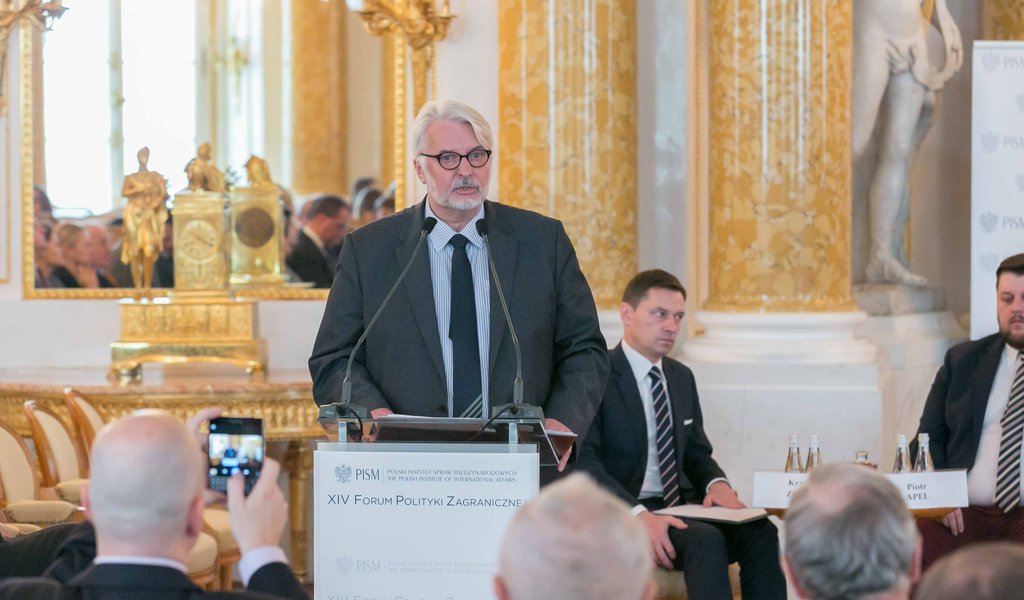 “We are hopeful about the election of Donald Trump as the next president of the United States,” Minister Witold Waszczykowski said on the “Dziś wieczorem” programme.

The leaders of Western European countries had suggested to Americans that they shouldn’t vote for Trump.

“That's not right, we are dealing with a democratic society, we respect the choice of the Americans and we should not get carried away by emotions,” the head of the MFA said, adding that choice made by the Americans should be a warning to political leaders in Europe that “a serious correction of European policy needs to take place”.

According to Minister Waszczykowski, the choice confirms the thesis that “a large part of Americans wanted to return to values, to tradition”.

“The path of permissiveness is unacceptable for a significant part of American society. In the situation of globalization, when the average American or European faces many decisions concerning their lives, people end up looking for leaders who can help them. These type politicians are expected not only in the U.S., but in Europe as well,” the minister said.

Minister Waszczykowski stressed that “an election campaign closes time in a certain way, when programmes are presented, as well as promises, other forms of rhetorical tricks are used”.

“Now we will confront the election campaign in the immediate future when Donald Trump will have to present the people that will advice and work with him in important positions in the near future. From my perspective, the Secretary of State, Secretary of Defence, National Security Advisor are the most significant positions, because they will help shape his defence policy and that of Europe. The minister added given the development potential of Polish-American relations and the size of the American market, the direction of Trump’s economic policy is also of significance for Poles.

Asked why he had said earlier that there is no one linked to Trump’s circle, Minister Waszczykowski said that had said this in the morning, when the votes were still being counted in some states.

“Now I can admit that we had people in Trump’s camp, however as long as the results hadn’t been announced we had to assume a neutral position. In official diplomatic circles it is not appropriate to admit that Poland had certain contacts or was backing someone before the final results have been announced,” the minister said. Asked if the Polish government has a telephone number to Trump or someone from his immediate circle, Minister Waszczykowski responded: “yes, we do”.

The lifting of visas will be an important topic that the Polish MFA will raise with the new administration.

“It is no longer a matter of prestige and honour of the state, it has also financial significance,” the head of Polish diplomacy said. He also discussed the economic dimension of visas and the fact that under current regulations, Polish companies that want to set up business in the United States would have to be exchange their staff every few months, which does not pay off.

The minister went on to say that he does not agree with the arguments made by previous U.S. presidents, that it is Congress that can lift the visa requirement as the president can have an impact on amending the regulations governing the functioning of the American consuls, who are subject to the State Department, thus reducing the number of refusals.

With regards to NATO, Minister Waszczykowski expressed his opinion that “if Hillary Clinton had won, she would have also pointed out to NATO’s European allies that they spend too little on defence”.

“When bringing this to attention, Trump pointed out that Poland is among the countries that fulfil NATO Alliance obligations. Poland is a country that, as required, spends 2 per cent of its GDP on defence, it is a country that behaves responsibly on the Alliance’s Eastern Flank and has brought about positive decisions relating to NATO’s Eastern Flank as a result of its exertion of diplomatic pressure,” the minister said. “We are optimistic, calm that Trump’s rhetoric, which always has to be exaggerated during election campaigns, is going in the right direction,” Witold Waszczykowski said.