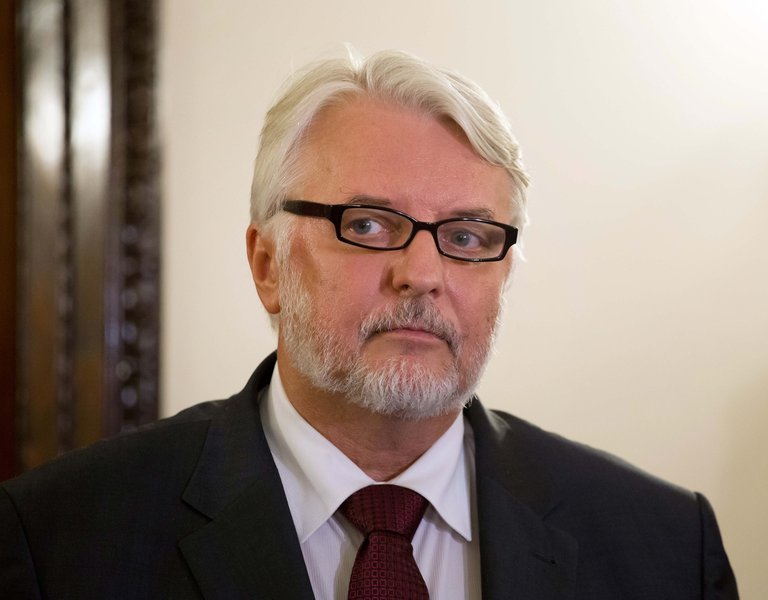 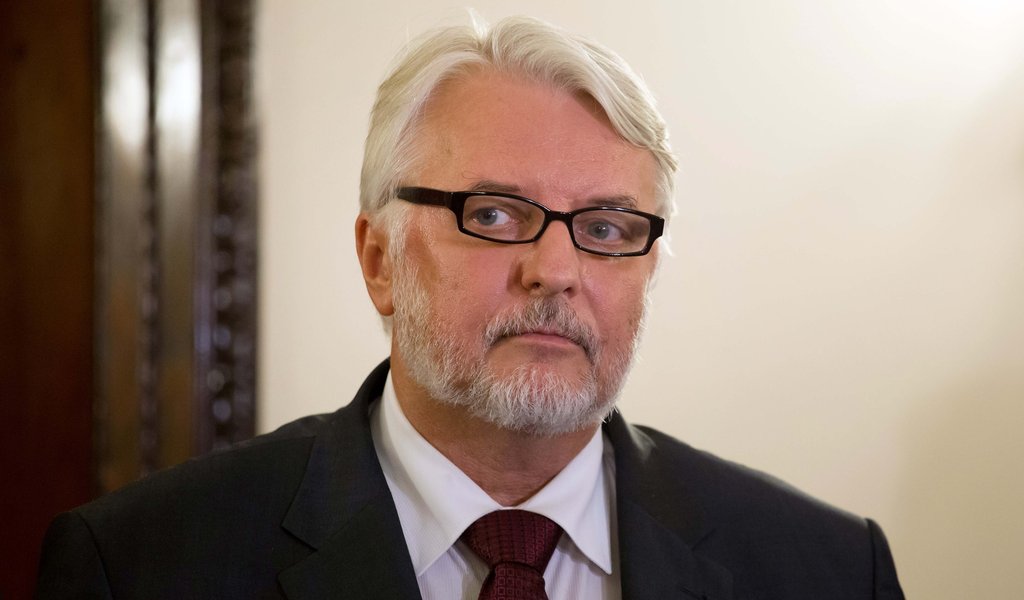 Witold Waszczykowski’s interview for the BBC

Foreign Minister Witold Waszczykowski said in an interview for the British television station BBC that "he does not think anything is wrong in Poland. We are still a democratic country (...) but we want democracy without adjectives."

Poland’s top diplomat’s talk with the BBC journalist Zeinab Badawi was aired on BBC News - HARDtalk Tuesday night. The interview will be repeatedly aired on the BBC World News channel on Wednesday.

"Is Poland, a country that was held up as a model of post-Soviet transition, turning away from liberal democracy? And what does this mean for its people and its place in the world?" Badawi asked. Waszczykowski responded by stressing that "he does not think anything is wrong in Poland" and the Law and Justice Party government "has a very strong democratic mandate from our people in Poland."

Asked to address criticism faced by the Polish government that it is turning towards authoritarian rule and away from liberal democracy, the MFA head said: "We are still a democratic country, (...) but we want democracy without adjectives."

"I live long enough so I had to live in a democracy with adjectives, such as socialist democracy; we are living next to the country which is trying to create ‘sovereign democracy’. You are right that for some years some people tried to create another democracy with adjectives, so-called liberal democracy, democracy which is excluding from the political discourse some ideas and some concepts. We just want to stay on the democratic course and to be a democratic country without adjectives," said Waszczykowski, stressing that “accusations levelled against Poland about authoritarianism are wrong."

The journalist also asked the minister about mass protests against reforms of the judiciary, including Supreme Court’s, which according to its critics gave politicians, including the minister of justice, too much power over the courts.

"You are right that tens of thousands of people protested in the streets, but millions of Poles did not protest and our party and our government are supported by almost 40 percent of the population in Poland. We have a clear mandate also to transform and democratise the judiciary system, which was left untouched for 28 years since the communist times," responded Waszczykowski.

The MFA chief stressed that after the two vetoes by President Andrzej Duda, "the discussion is going back to parliament and we will try together (…) to find a solution to these problems." He noted, however, that "even the president is critical about the contemporary situation of the judiciary system, so we have to continue the transformation of the system, but perhaps in a better way."

Asked about the European Commission’s criticism of Poland, Waszczykowski said: "We are engaged in a dialogue with the Commission, but not in the monitoring procedure (regarding our actions – PAP), because the Commission is a technical body and does not have the right and prerogatives to monitor the situation in member states."

"I don’t see any legal excuse for the Commission to be engaged right now. We will exchange letters and opinions with (EC Vice-President Frans) Timmermans and others who raise this problem, but I do not see the reason right now for the Commission to act and interfere in the democratic process of reforms and transformation of the judiciary system in Poland," he explained.

Badawi also asked about the Polish position on taking in refugees from the Middle East and North Africa. Waszczykowski assessed that "it is euphemistic to say relocation (as part of an EU mechanism - PAP)"; "because, in fact, this is resettlement by force of people who don’t want to be resettled to a country like Poland,” he said.

He remarked that last year the Polish authorities issued 1.2 million visas to Ukrainians and half a million visas to Belarusians and the majority of them have decided to stay in Poland. "They are also migrants and I don’t know why migrants coming from the Middle East or North Africa are supposed to be better evaluated, and supposed to be better taken care of by European institutions than the migrants coming from also war-affected Ukraine," argued the chief of Polish diplomacy.

In the interview, Badawi quoted Deputy Prime Minister Jarosław Gowin who said that "Poland shouldn’t accept any Muslim migrants to prevent Polish babies being blown up" and Justice and Law Party’s chairman Jarosław Kaczyński’s words about "different types of parasites" allegedly transmitted by refugees. In the context of such remarks, the journalist asked about the risks associated with such rhetoric.

"This kind of ideas exist also in the Polish population as more than 75 percent of Poles do not want to accept this relocation by force," said Waszczykowski, adding that Poland has sent its border guards to camps in Italy and Greece, which allowed to determine problems with identifying refugees which – in his opinion - "are a threat to the country’s security."

"Of course not one of these migrants – or, as you say ‘refugees,’ we prefer to say ‘migrants’- had any inclination to emigrate to Poland. We cannot accept the situation that this progressive European Union is deciding about relocation by force of people who do not want to be relocated to a country like Poland," added the chief of diplomacy.

Waszczykowski recalled last year’s visit by Pope Francis, who - according to the MFA head - "while visiting us, delivered a speech in Krakow, in Wawel Castle, in which he mentioned that there are many ways to support, to help, to assist refugees and migrants, and he did not mention that Poland is supposed to accept thousands of people from Syria and the Middle East."

"I have had many opportunities to visit the Vatican and to discuss with its hierarchs the situation. We all understand that we should first help people there in the Middle East and Africa by engaging in efforts to find a peaceful solution to the war in Syria, which has been going on for almost seven years, and by strengthening the borders of the European Union, and also by helping to relocate (refugees) in Europe, but on a voluntary basis," he said.

The foreign minister was also asked to comment on opinions that because of the existing dispute over European Union’s values Poland should refrain from taking money from the EU purse.

"These are structural funds or subsidies which are part of the agreement between member states and they derive from the treaties; these funds have nothing to do with the behaviour of the country. This is compensation for the opening of the economy and the market to investments and trade with other economies, stronger economies of the western European Union, and (...) and it is not any kind of reward for us being liberal or anti-liberal," said Waszczykowski.

Responding to a question about relations with Russia, the MFA head recalled the war in Georgia in 2008 and the annexation in 2014 of Ukrainian Crimea and Russian aggression in Donbass, stressing that thanks to decisions taken at NATO summits in Newport and Warsaw, permanent presence of Allied troops in NATO’s eastern flank was ensured.

"NATO correctly reacted to the imperialistic policy of Russia, by defending and deterring, but also by trying to keep a dialogue with Russia. We support this policy of dialogue. (...) We are reacting positively, but we do not have a positive answer from other side," he argued.

Asked at the end how he feels as the chief of diplomacy despite the controversies surrounding Poland, Waszczykowski opined that "this is not an easy job, but so far successful," because "for the very first time we clearly defined our foreign policy goals and targets which we are trying to implement using our membership of NATO and the European Union."

"We prefer to discuss and engage directly in discussions with my colleagues about these issues, but not directly in a conversation with Mr.Timmermans. This is only an excuse, this is only a substitute to deprive Poland of its position, to weaken our negotiating position maybe, for instance in the future budget of the European Union," said Waszczykowski.