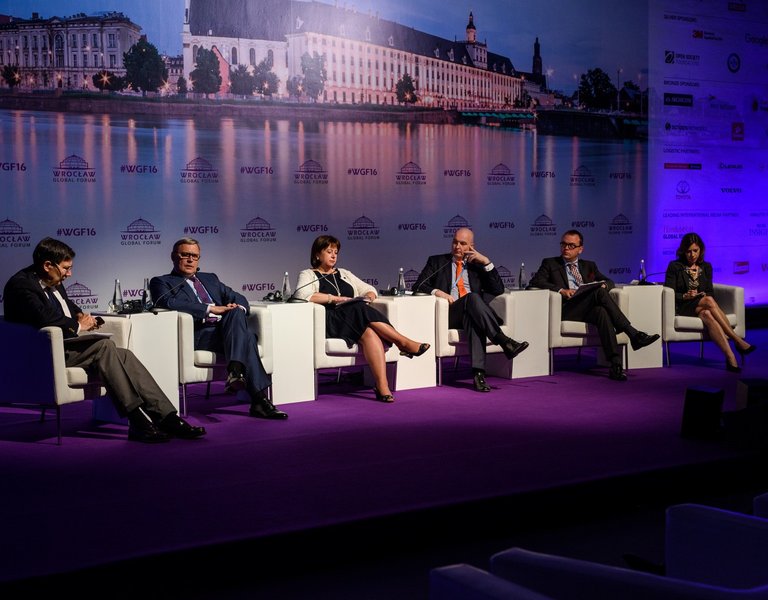 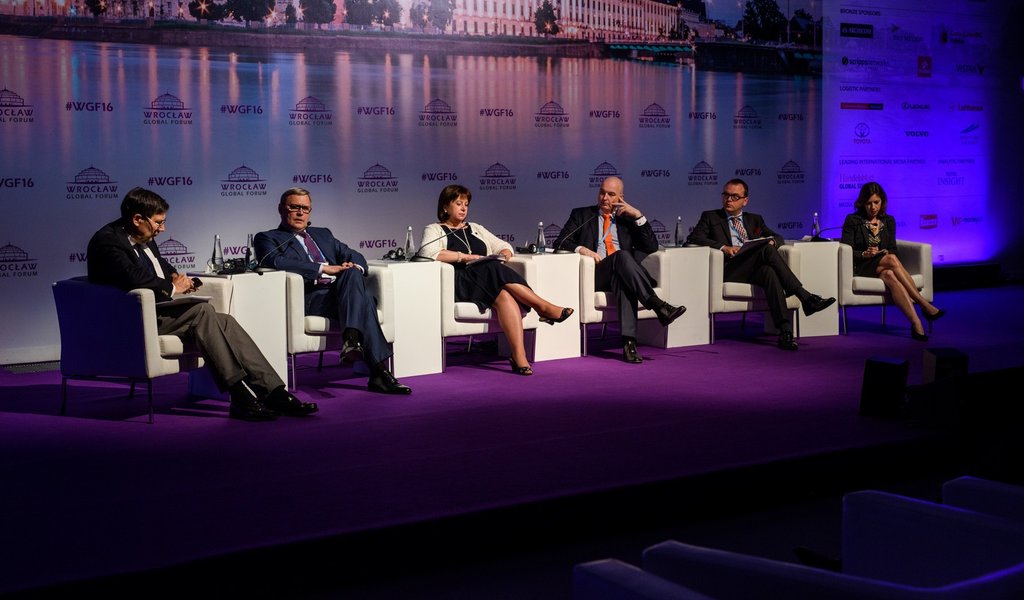 The conference was held on 2-3 June at the Wrocław Congress Center in the Centennial Hall Complex. It was the 7th edition of the annual conference dedicated to economic and political co-operation between the US and the European Union. The event’s motto is: “To shape politics and business for the future of New Europe.” It is organized by the city of Wrocław, the Polish Institute of International Affairs and the Atlantic Council.

Each year, dozens of significant political figures, diplomats, experts and business representatives from the US and the EU take part in the conference. This year the participants included the Polish Foreign Minister Witold Waszczykowski, Secretary of State for European Affairs Konrad Szymański and Krzysztof Szczerski, Secretary of State at the Chancellery of the President. The event was also attended by the US ambassador to Poland Paul Jones, Atlantic Council Chairman Jon M. Huntsman, Vice President of the Atlantic Council David Ensor, members of the United States House of Representatives Jan Schakowsky and Ted Poe as well as a representative of the US Senate, Joe Manchin.

One has to admit, that never in its history has the North Atlantic Alliance faced challenges of such magnitude as those that it faces today. Just a quick look at the titles of panels and key note speeches explains a lot: “Keeping Europe safe”, “Poland and the NATO Summit – Meeting our Security Challenges”, “US Foreign Policy after the Election: Europe and the World”.

It is also safe to say that the Wrocław Global Forum was, in a way, a rehearsal and a preview of the issues that will be on the table at the NATO Summit in Warsaw. It demonstrated a substantial part of the agenda, dealing with security issues, that are very important for Europe and the United States: the escalation of terrorism in Europe and the world, Russia’s growing imperial appetite, conflict in the Middle East and the Horn of Africa, the possible consequences of Brexit, new technologies and defence, and the need to strengthen NATO’s eastern flank.

The conference also consisted of more general discussions of a more universal nature. These discussed issues such as avoiding paying taxes in the headquarters’ states by companies such as Google, Skype, Yahoo or Starbucks and choosing instead third countries where tax law is different. Using this method Google, which earned around 30 billion dollars in 2015, managed not to pay taxes in any country. The case of so-called “floating companies” was also brought up in this regard.

The segment covering the post-election political landscape in the United States including a lot of talk on the unpredictability of Donald Trump as well as the predictability of Hillary Clinton. The phenomena of Trump and Bernie Sanders were analysed with an eye on what implications they have on society.

Another issue discussed in Wrocław was Poland’s role on the EU stage, its relations with Hungary and the Baltic States and the role that Poland could play in the post-Brexit EU.

An important message was sent by Polish Foreign Minister Witold Waszczykowski who presented Poland’s position in the lead up to the NATO Summit. “All NATO member states should have equal status in terms of security,” Waszczykowski said. “The threats of today are perceived by NATO member states in different ways. It is not surprising as they have a different historical past and diverse geopolitical conditions. NATO needs to guarantee an equal security level on both flanks where the threats exist – southern and eastern. We have to implement all necessary deterrence and security measures and adapt them to the level of threat,” Waszczykowski added.

Since the first edition of the Wrocław Global Forum, the Atlantic Council has been handing out Freedom Awards to people who have fought for freedom and peace. Among the recipients of the award are Lech Wałęsa, Hillary Clinton, Vaclav Havel, Javier Solana, Aleksander Kwaśniewski, Jerzy Buzek and Ladies in White, an opposition movement in Cuba founded in 2003 by wives and other female relatives of jailed dissidents. This year, the award went to German diplomat and former advisor to Chancellor Helmuth Kohl, Horst Teltschik, father Maciej Zięba, a writer and theologian, Nighat Dad, a Pakistani activist and founder of the Digital Rights Foundation, and the Syrian humanitarian organization White Helmets.