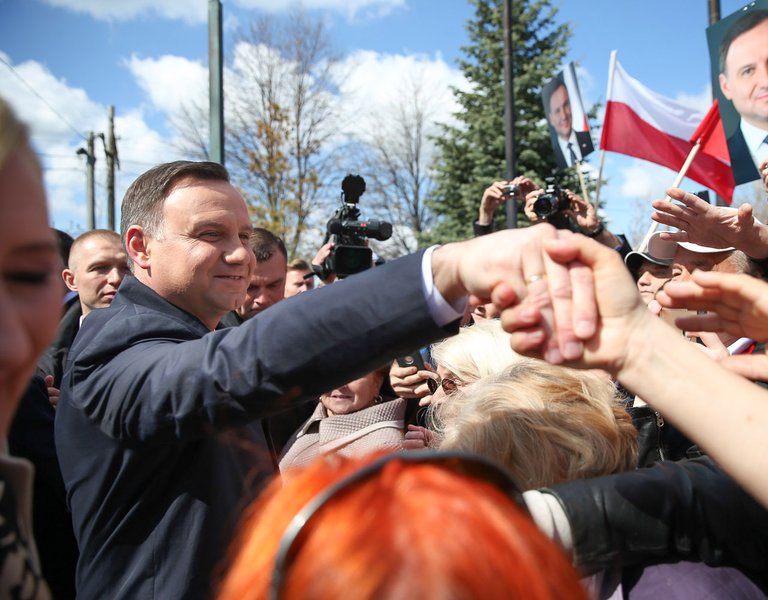 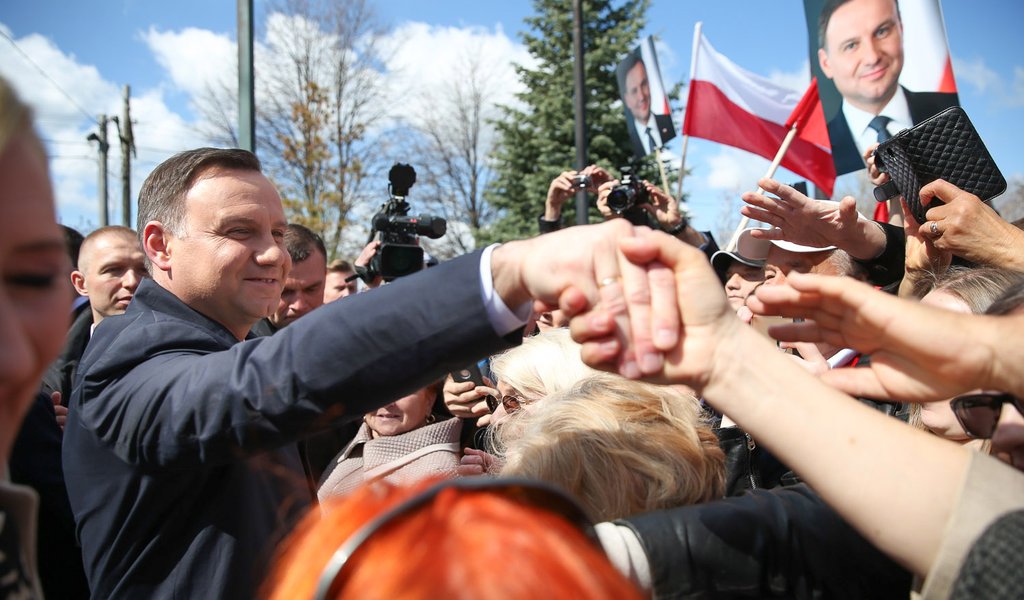 Andrzej Duda’s presidential election victory in May 2015 was the first step towards change in Polish politics.

After eight years and several election defeats, the conservative camp caught a break and seized the momentum to gain the majority of seats in parliament. One could say that the lawyer from Krakow managed to crack the mythical glass ceiling referred to by many media pundits sympathizing with the liberals and left-wing political factions. This glass ceiling was meant to prevent Law and Order (PiS) from returning to power.

Is this the reason why from the very start of his presidency the head of state has been attacked by media circles linked to the previous leadership, who are seeing their influence decline steadily? Is this not why they make it seem that he is a politician who is fake and lacks independence on one hand, while on the other hand supposedly interfering with freedom and meddling with the Constitutional Tribunal? As has been shown by a special opinion poll commissioned by “wSieci,” on the anniversary of the election, it appears that Poles do not buy in to the propaganda attacks targeting Andrzej Duda. His ratings are the envy of many politicians.

The first question that we asked was: “In your opinion, is President Andrzej Duda representing Poland in a worthy manner?” As many as 61 per cent of those asked replied “yes”, while 32 per cent replied negatively, although only 16 per cent believed that he was doing “very badly”. Duda received the most favourable feedback from people living in the countryside and small cities, although even in “cities with 500,000 or more inhabitants” there were more people who supported him (with 48 per cent answering “yes” and 41 per cent replying “no”).

How is the opposition reacting to this? The Civic Platform (PO) spokesman Jan Grabiec says, unconvincingly, that “the majority of opinion polls that I’m familiar with show an increasing margin of people disappointed with the current government as well as the president”. However, he is unable to point to any specific opinion polls.  He adds that this opinion is based on “following developing events”. Beata Kempa, the head of the presidential chancellery, has said that the supposedly bad ratings of the government are actually not as bad as the opposition-friendly media claims.

The second question was: “In your opinion, is President Andrzej Duda honouring his promises made during the election campaign?” 56 per cent of surveyed Poles said “yes”, 35 per cent said “no”, while 9 per cent answered that it is “difficult to say”.  With this question one can see an interesting shift in electoral attitudes. As many as 24 per cent of people who voted for Bronislaw Komorowski recognize the work done by President Duda. Even members of parliament belonging to the opposition do not deny that the president has lived up to his campaign promise regarding the lowering of the retirement age, which the president’s chancellery sent to the Sejm.

The next question was more along the lines of “political fiction” – or perhaps rather “political reality”: “Who would you vote for now if Andrzej Duda and Bronislaw Komorowski met again in the second round of the presidential election?” A decisive majority, substantially more than on 24 May 2015, said they would choose Duda again. Today, 60 per cent of Poles would vote for Duda, while only 40 per cent would give their votes to Komorowski, signifying a substantial loss of support for the former president (he received 48,45 per cent of the votes in the second round of the election last year).

The study commissioned by “wSieci” shows that the geographic location of those polled played an important role in how they answered. A tie was reported in regions in the north of Poland, all other regions indicate stronger support for Duda. Central Poland: 58%-42%, southern Poland: 60-40, west: 63-37, east: 67-33. The smaller the region, the higher margin of votes for Duda. Bronislaw Komorowski gains the upper hand when it comes to cities with 500,000 or more inhabitants and among voters with a higher education.

The best news for Duda and his political base is that he comes out first in all age brackets. Above all, his result among the youngest voters (aged 18-29) is outstanding and a complete knock out blow to his rival.  As many as 70 per cent of those polled within the age group said they would vote for the PiS candidate if he were to run against Komorowski in another election.  This margin decreases somewhat in subsequent age groups (ranging between a 8% and 16% lead) before rising again in the over-60 age group – to a 26% lead.

Political scientist, Wojciech Jablonski PhD, points out that the oppositions’ two main lines of argument are both falling apart. The first one states that Komorowski was a great president and he lost the election by chance because – as Bronislaw Geremek used to say – voters were not mature enough for democracy.  Given the results provided by the “wSieci” poll, this is completely unsubstantiated.  After all, if this were really the case then opinion polls would show that Komorowski has more support.  The second argument, held by the self-styled defenders of democracy, states that Duda answers to Jaroslaw Kaczynski, that he is merely a puppet. A case in point are the numerous articles published in the weekly “Polityka”, which claim that we have a make-belief president.  "I remember how one year ago the editor-in-chief of that publication wrote a piece titled 'Who are you, Mr Duda?' Today, the answer is: I am the man who defeated your supposedly best president since Kwasniewski", says Jablonski.

These developments must irritate the defenders of the system of the Third Republic. The man who managed to break through this system has since managed to strengthen, not weaken, his position. One year after his election to the presidency, Duda can claim many supporters among the citizens of Poland.  There is a strong feeling that Andrej Duda is representing Poland in a worthy manner in all parts of society – among the young and old, across educational levels, in every region of Poland irrespective of the size of the city.