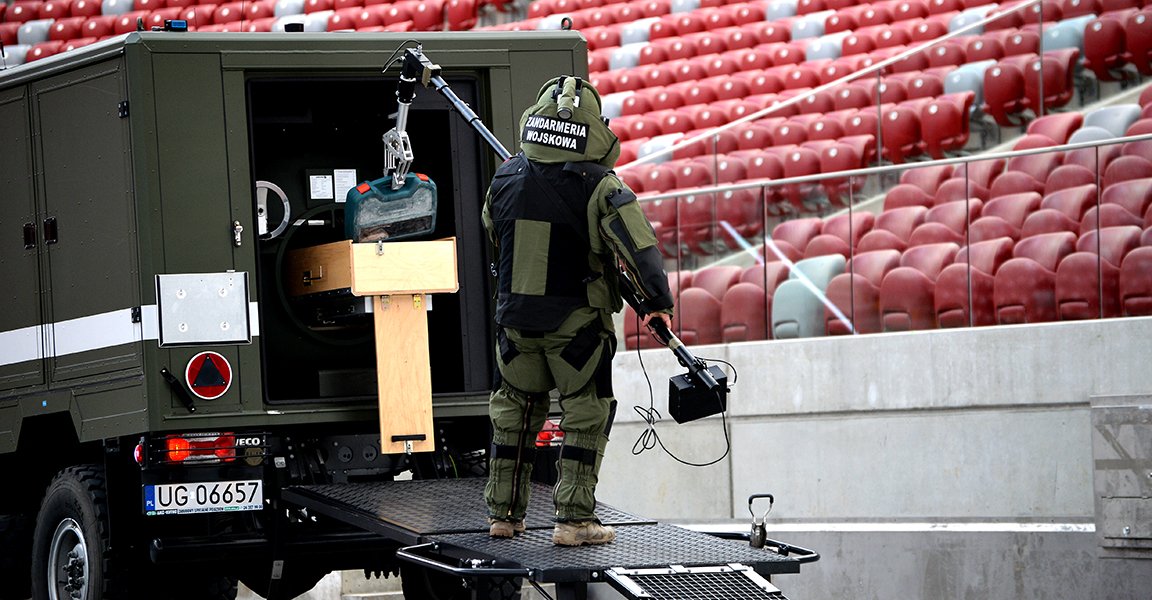 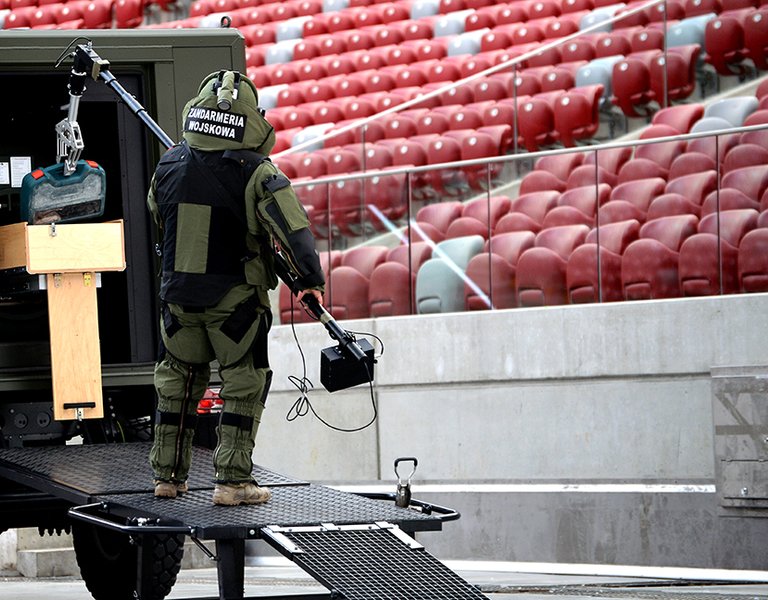 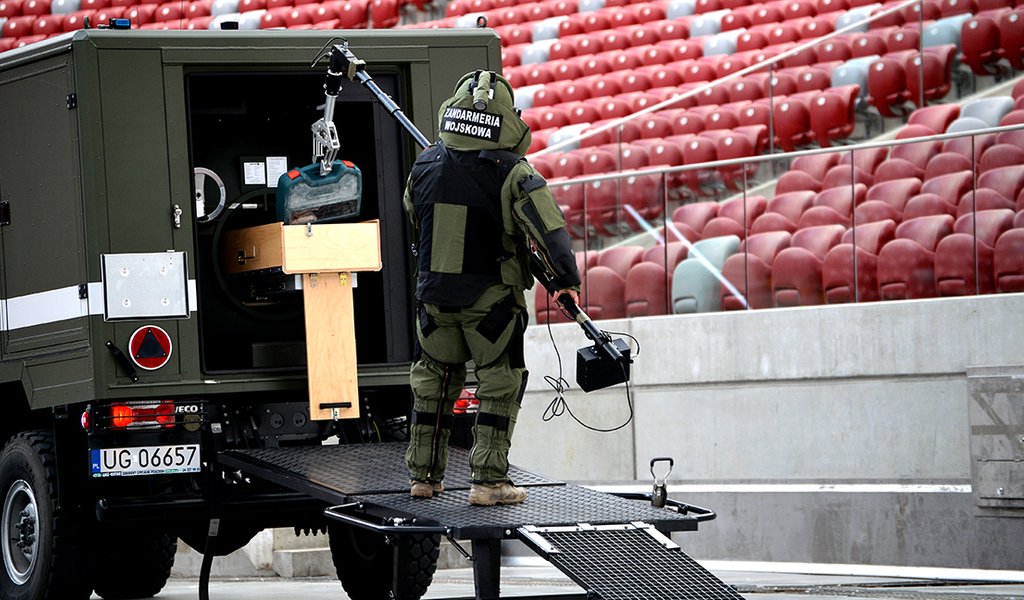 Anti-terror legislation will boost security during NATO Summit and WYD

Dr Tomasz Aleksandrowicz, a professor at the Police Academy in Szczytno, the Chairman of the Supervisory Board of Economic Intelligence and an expert affiliated with the National Centre of Strategic Studies, talks about security in Poland in the lead up to World Youth Day.

Tomasz Aleksandrowicz, Police Academy in Szczytno: As a large-scale international event, World Youth Day (WYD) is by definition a potential terrorist target and that is how it needs to be treated. Due to this it is afforded special protection, especially as we’re dealing not only with terrorist threats but also potential outbreaks of mass panic among the participants. One has to point out that the fact that the WYD event is taking place in Poland does not play a significant role. What is important, however, is that the event has an international dimension. If an attack were to take place then it would most likely not be targeted at Poland directly, but at participants of the event, against a certain idea. This is always the case at these types of events. Please remember that terrorists always have the upper hand versus the state. They can strike at any given moment and place using a method of their choosing. The state on the other hand, cannot defend everything all the time from every type of attack. There is no doubt that the threat of terrorist activity is indeed higher due to the WYD event.

In your opinion, is Poland – as the host of World Youth Day – prepared for a potential terrorist attack?

The only way of verifying preparedness is an attack itself. It can be simulated with exercises, theoretical calculations. The only way to test the level of preparation of such a threat is to experience it. The fact that something works in theory does not mean that it will pan out in practice. There are many historical examples of this.

Does the recently approved anti-terror law help increase the level of security?

Yes, without a doubt, as the content of this law gives the anti-terrorist units the tools they need to detect a potential attack in its early stages of planning. It helps prevent the attack from taking place. Secondly, its counter-terrorist component also gives the security services the ability to work more effectively, which helps minimise losses and the number of potential victims. That is why, despite the controversy surrounding the legislation, one has to note that from a security perspective it is very beneficial.

Many opponents of the legislation criticise its excessive surveillance elements. In times of terrorism threats does this increase of surveillance by counter-terrorism units help increase our security?

This is a complex issue. Of course, the more security services know, the more they are able to do. When we hear accusations of excessive surveillance it is worth asking the question: what is the right level of surveillance? There is no good answer to this question. One needs to understand these concerns. They are natural and are commonplace in all democratic countries that have designed some sort of strategy to fight terrorism. One thing is certain. The more information that counter-terrorism units are able to amass, the higher the probability that an attack can be prevented. Although even here there are doubts. Sometimes there is simply too much information and the security services start to get lost in them. There are no simple answers here. There is no simple solution.

With regards to the recent attack on Istanbul airport, do you think it could have been prevented if the security services had known about it before? How do you evaluate the efforts of the policeman who wounded the terrorist but failed to prevent him from detonating his bomb?

After many years of efforts to introduce the measure, there is now a clause in Polish law permitted a so-called rescue shot, that can be used in a emergency situation where an official or soldier is able to fire a shot with the intention of killing the attacker.  The attack on Istanbul airport showed us how important such a measure can be – in that case a policemen shot and wounded the attacker but the latter managed to nevertheless detonate the explosive material that he had strapped onto him. If he had been killed then he wouldn’t have been able follow through. This sounds cruel and not humanitarian but this is the reality that we are facing. There are certain tactical situations when the only way of saving innocent lives involves killing the attacker.

I am a supporter of regulations that allow soldiers and member of security services to be protected by the law so that they don’t have to justify why the attacker was killed. The main threat to human rights, to our everyday life and security comes not from police but from terrorists. Due to this, it is in our interest for the police to have the ability to work smoothly and effectively without violating the law. This is exactly an example of a situation where counter-terrorism units have been afforded higher legal protection than before.

It is also worth considering who our opponents are. Terrorists are invisible. Unfortunately we only notice their presence once they have struck…

This is a problem of our times. Until around the mid-20th century, it was relatively straight forward to distinguish between times of peace and times of war. That was made possible by international law regulations regarding armed conflicts and civilian victims in wars. Suddenly, at the turn of the 21st century, we were faced with a state that was neither war nor peace. We are dealing with an opponent that does not share all the qualities of the opponents that we have faced in the past. They have no qualms about using indiscriminate force and, above all, they attack so-called soft targets rather than military targets. A case in point is the attack on the World Trade Centre or the attack on the London underground.  It is this difference that we, as a democratic country, are not fully able to deal with. On one side, dealing with our opponent requires applying methods normally using in war. On the other hand, we are not strictly speaking in a war. This leads to a hybrid situation, a state which resembles both war and peace. It requires a very specialised form of response. One has to clear that, seen from the perspective of a democratic country, the fact that we have to resort to using these methods is a form of failure in itself. We have not been able to prevent and eliminate the sources of terrorism and we are forced to use increasingly refined methods to tackle its effects. We are facing an opponent who has shown us that these methods exist and has forced us to use them. This is not constructive but we have to be aware of this threat.

Do you think that Poland could become a terrorist target? I am saying this not only with regards to the aforementioned World Youth Day, but also in light of Polish military operations in Syria.

Terrorism is a brutal game of symbols and messages. Through their attacks, terrorists send us a certain types of message, telling us that we have to be afraid, as they are stronger than us. Poland is not a priority area when it comes to terrorist targets. We are rather seen as somewhat of a second-choice country, so to speak. This does not mean that we are in any way immune to terrorist threats.  In a situation where Poland is hosting large-scale events such as World Youth Day or the NATO Summit, the fact that they are taking place on Polish territory is secondary. What is important to them is the event itself rather than where it is taking place. With that in mind, the threat exists and it is real.