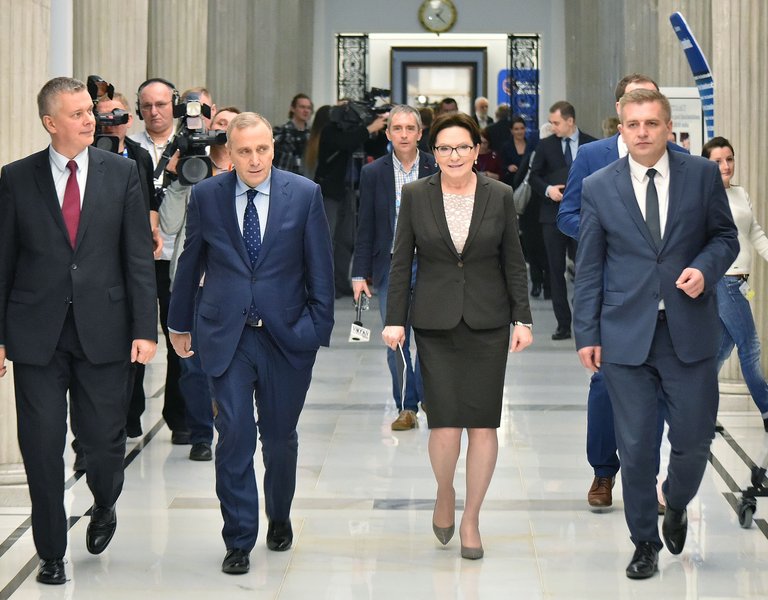 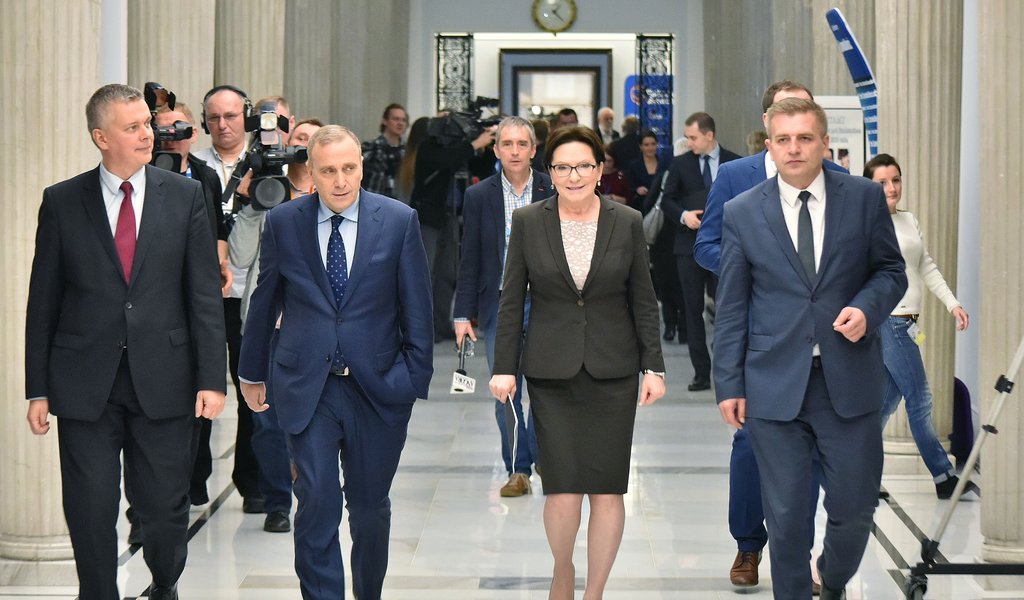 Refusal to award Telewizja Trwam a licence, raids on editorial offices by the Internal Security Agency, surveillance of journalists – these are examples of how the Civic Platform (PO) and Polish People’s party (PSL) coalition government treated the media.

PO parliamentarians who are now donning the defenders of “free media” mantle have no legitimacy to conduct themselves in way.

We remember how the Catholic media were harassed. The government relented and awarded Telewizja Trwam a channel on a multiplex only after millions had protested in support of the TV station. Telewizja Trwam, it turned out, paid for a digital broadcasting licence that it wasn't able to use for long, because soon afterwards the public broadcaster TVP took over its channel on the multiplex.

“First, the National Broadcasting Council headed by Jan Dworak issued several TV licences to stations linked to Polsat and TVN, media companies whose policies supported the then government, and blocked a licence for Telewizja Trwam. The blockade continued because TVP occupied Telewizja Trwam’s channel on the multiplex. So this is one thing. Another thing is the PO-PSL government’s lack of reaction to Poland’s regional press being taken over by German companies,” says Deputy Barbara Bubula (Law and Justice, PiS) of the Sejm’s Culture and Media Committee. “Today the opposition's allegations about restrictions of media freedom serve as a pretext to bring down PiS’s democratically elected government. The Civic Platform knows that it is losing real power in the state, and its shouts are nothing more than manifestations of its helplessness” she adds.

Then media people were subject to total surveillance. Minister Mariusz Kamiński, the government coordinator of special services, told the Sejm that during the previous government at least fifty-two journalists had been subject to surveillance. This surveillance involved billings of their telephone calls, obtaining data about places their telephones were logged in, analyses listing all the persons the journalists had called, the frequency of such calls and the journalists’ whereabouts, as well as finding out their addresses and collecting information about their families.

Towards the end of the PO-PSL’s government’s 8 years in office, the Internal Security Agency raided the offices of Wprost weekly in order to collect all data storage devices containing just leaked wiretap recordings that had badly shaken Donald Tusk’s government and the prime minister himself.

“I would like to recall that in early 2008, the then Speaker of the Sejm Bronisław Komorowski restricted journalists’ access to Sejm’s lobbies,” notes Elżbieta Kruk (PiS). “What we are seeing today is incommensurable with those actions back then. And what happened Friday – I am thinking about Deputy Michał Szczerba’s speech – had been pre-rehearsed, it wasn’t spontaneous,” says Kruk.

Again it was the PO-PSL coalition government that initialled the Anti-Counterfeiting Trade Agreement (ACTA) on the night of 25 and 26 January 2012. The ACTA convention had been supported from the beginning by Michał Boni, minister of administration and digitalisation in Tusk’s government. The multinational treaty contained provisions for the protection of intellectual property, which – in the opinion of its critics – restricted free use of the Internet and allowed actual censorship of social media. After violent protests organised in the Internet and on the streets of Polish cities, Prime Minister Donald Tusk announced that he was suspending the ratification of the ACTA agreement thereby shifting responsibility for the decision onto extra-national authorities.

The previous government was also responsible for proposing legislation that restricted access to public information. It enacted a legislative provision under which citizens may be prevented from exercising civic control over the activities of public authorities at all levels, including in matters dealing with administration of property owned by the State Treasury and local government authorities. If a journalist asks a question on this subject, a public office may invoke this legislative provision and refuse to answer his question. The amendment was adopted by the previous Sejm despite protests of the then opposition groups and many NGOs.