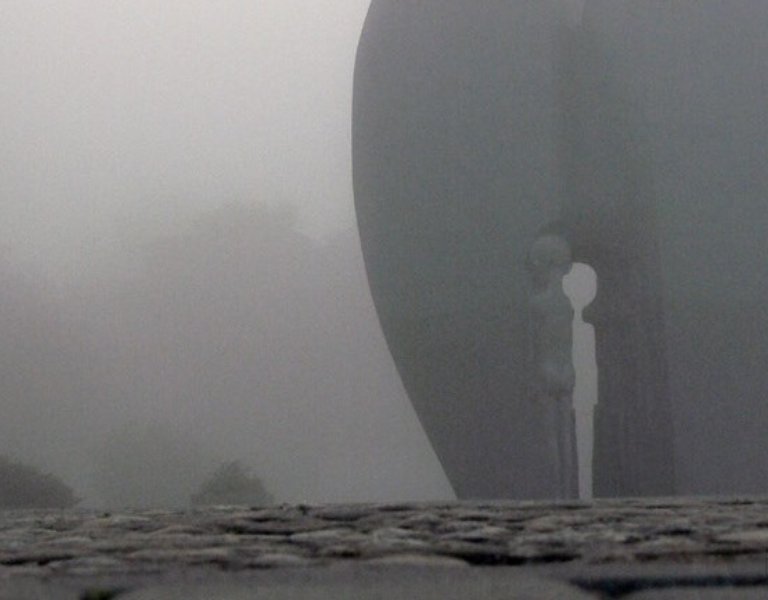 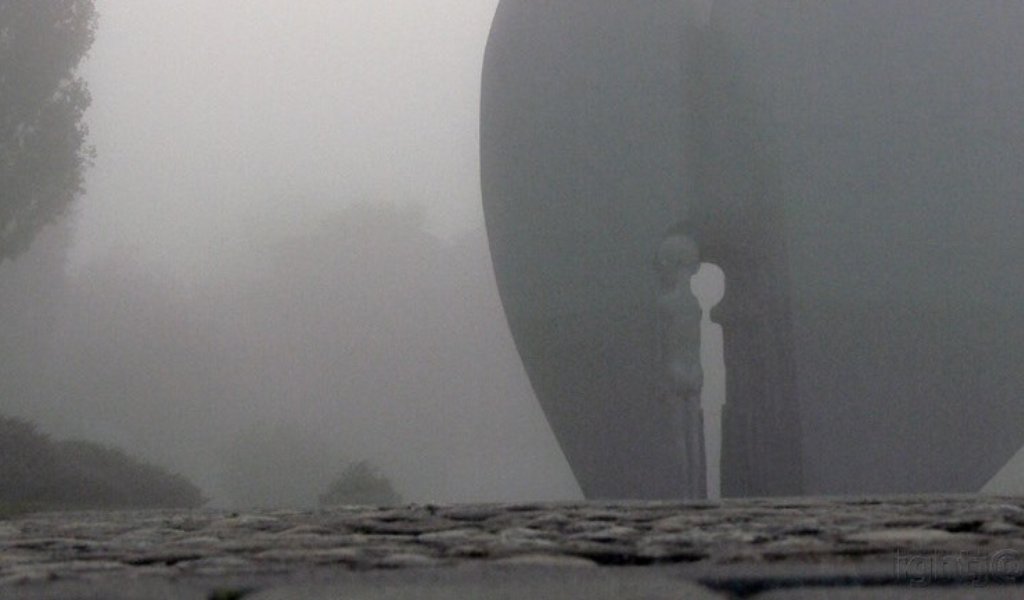 “Cold and hunger are the worst”

Between 1942 and 1945, a Nazi German concentration camp for Polish children hidden in the Łódź ghetto claimed thousands of young lives. Jola Sowińska-Gogacz talked to one of the survivors, Krystyna Lewandowska.

You were only 12 years old when you were imprisoned in the camp on Przemyslowa Street. Why were you arrested?

I was orphaned at age of four. I was brought up by my aunts, my grandfather and uncle, very wise people. During the war, I was a messenger for the Home Army between Września and Poznań. I did not fully realise the importance of my missions, but I was tough and brave. I was eventually caught and as a dangerous bandit deported to Łódź. Children connected to the AK and the anti-Nazi underground constituted a very large group at Przmysłowa Street. We were imprisoned for our respectability, for  our Polishness. Believe me, the camp “on Przemysłowa Street” was then the meanest place on earth. Later, the history of Poland, dictated by the communists, forced people to remain silent about us.

What distinguished the camp in Łódź from other German Nazi concentration camps? What were the conditions like?

We were imprisoned in the ghetto so that nobody would know about us and to make it difficult for families to see their children. Upon arrival we were photographed from several sides, had our fingerprints taken, all personal belongings were taken away and we received grey uniforms of drill, clogs (I had two in different sizes) and we were given numbers.

So basically the Auschwitz procedure except for the numbered tattoos.

Exactly. Then quarantine, selection, allocation of barracks. A few latrines – a pit and a pole, without a roof. One pump, for washing and drinking. A slice of sour bread for breakfast and supper, a bowl of soup for dinner with peelings and bugs. All reports in German, otherwise one was whipped, and we had to count every lash of the whip – eins, zwei, drei... The entire staff of the camp was equipped with bullwhips. Beating us whenever and wherever and starving us – these were the basic punishments.

The Łódź concentration camp was also a labour camp.

Yes, from dawn to dust we had to work for the glory of the Reich. Children worked in the shoemaker's workshop, saddler's bench, straightening industrial needles, in the wickerwork workshop, wash house, levelling ground with a one-ton roller... The youngest ones, who did not have the dexterity, strength and practical knowledge, were doomed for destruction because they did not fulfil the  required quota. They were beaten for it and starved.

You were treated like adult prisoners. Were your families given the reason for your imprisonment and the date of release?

Nothing of the sort. After all, we were only Polish children, to designated for work and elimination, possibly also for Germanisation, imprisoned without the right to a defence, without judgements, without mercy.

One of your friends, Jerzy Skibiński, told me that hunger was terrible, but that the cold was the worst...

Yes, I can confirm Jurek’s words. I remember Christmas Eve in 1943. Two hours of penalty assembly, snow was falling on our bare heads, we were standing in the cold, and all the German staff were drunk. After such events, children were very sick and were dying. It was also terrible in the summer, because in the hot days we were not given anything to drink, but most of the year it was cold.

A number of children unknown until today died in the camp on Przemysłowa Street. What, in your opinion, gave the best chance of survival?

Cunning, friendship and knowledge of the language. I was taught German by my uncle, but grandpa asked me never to give away this knowledge. I listened to him and it ensured my survival, because I comprehended more than others in the camp, I understood words, and therefore what was happening around me. When I heard: “Hans, ich bin heute nicht hungrig” I knew that I had to be near the rubbish bin, as in a moment a German  leftover’s would land there. Many of my female friends passed away before my eyes. The Germans ordered to build several watchtowers and had the right to shoot from the “nests.” They were throwing dead bodies, and we had to stand for hours and look at it. Mortality was terrible – untreated diseases, hunger, freezing, infections, constant terror, backbreaking work, longing, beatings, humiliation – we were broken down or killed by all of this.

The watchmen tried to spread disputes among you, because anger weakens morale. Despite this, were friendships formed in this hell?

We were different, but without mutual support and common action we would not have survived. Each barrack housed more than a hundred of us, so there were both arguments and better moments. I met many worthy and wise children there. Already in the camp and then till the end of her life, I was friends with Genowefa Kowalczuk. She spoke German like Chinese, so I helped her. She had extraordinary power of survival, was honest and smart. She would give the blanket treatment to those who ratted, and shared the spoils, e.g. fruit stolen at night, fairly. After the war, she was already an orphan. Her grandparents were shot for helping Jews, and her mother died in Auschwitz for trying to free Gienia from the camp at Przemysłowa Street. Gienia wandered around the world, spent many years in England, then settled in Krakow. Her biography is stronger than that of Bond. She spent half of her life on the verge of starvation, and now her daughter works at the British court. I also tried to find myself, I even passed the exam for medicine.

So you are one of few survivors who managed to receive higher education.

No, I did not finish my studies. I fell in love, got married, had a baby and took care of the family, just like a typical Poznań ­girl. Janusz was a respected architect and a great man. I am constantly fighting for my health, because the one and a half year stay in the camp took it from me. Diseases, malnutrition, injuries... Once two of us had to carry a big kettle with hot coffee inside. My clogs slipped off, I fell and 50 litres of chicory coffee burned my legs. SS member Sydonia Bayer poured Lysol on my wounds – I have traces of this “treatment” to this day. I was howling with pain. They experimented on us, and many children did not survive. You know, I am ashamed to admit it, but I am still terrified of injections. Before my surgery I did not sleep for a few nights. Before the procedure I cried like a baby.

How do you remember the moment of liberation?

We were waiting for the trumpet signal, and there was nothing, silence. Lutek escaped through the hole in the roof, began­ running across the camp and shouted: “Run! We are free!” He broke into the kitchen, gave us bread and marmalade. We were so terribly hungry that we ate like animals, like a pack of savages. Then, in a group of five, in the cold, we wandered around the city, until a wonderful family from Doły took us in. Gienia wolfed down a pot of their grouts at night and ran back to the camp. We were afraid of adults, because for such a long time the only adults we had contact with were sadists.

After the war the camp on Przemysłowa Street was pulled down. It is said that this was done for fuel, because it was a severe winter.

I do not believe that. I remember that the Germans ordered us to pour hot water on the hinges and this way kill bedbugs. It is improbable that our barrack bunks were taken by people to their houses, because they “walked on their own.” And then everyone knew that a bedbug is like a rat, it cannot be killed. Destruction of evidence of the existence of the camp was done on a political order. After all, somewhere along the way our documents also disappeared and this whole story was to disappear. In the 1970s, thanks to our efforts, the world remembered, and then silence took hold again, only local events were held at the monument. Now, we are remembered again thanks to the Metropolitan Archbishop of Łódź, Marek Jędraszewski. Celebrations organised by him made a huge impression on me. They have class and scope.

The annual November Marches of Remembrance are important and moving, but what else can we to further your cause at this point in time?

The aid that we receive from the German Maximilian-Kolbe-Werk is very nice, but we would prefer to get a few Polish zloty for medicines, real needs. And why do the Home Army soldiers who turned 85 not have assigned guardians? We need this and we ask for remembrance. I have been fighting for this for years. Mrs Barbara Mamińska asked for the names of children from Przemysłowa Street who were of service to Poland. We prepared such a list and it was already on the desk of President­ Lech Kaczyński. The catastrophe in Smolensk interrupted this process, like hundreds of other important Polish matters. Then, there was no one to talk to. This is changing now. I was on the support committee of Andrzej Duda, and I believe that our voice will be heard effectively. It is the eleventh hour for a history lesson about the Łódź camp for Polish children. From that list many of us are already gone.