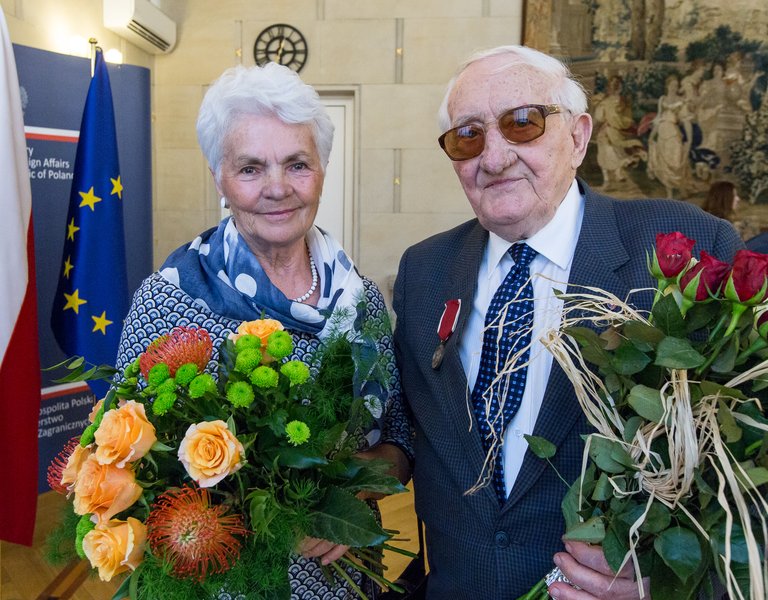 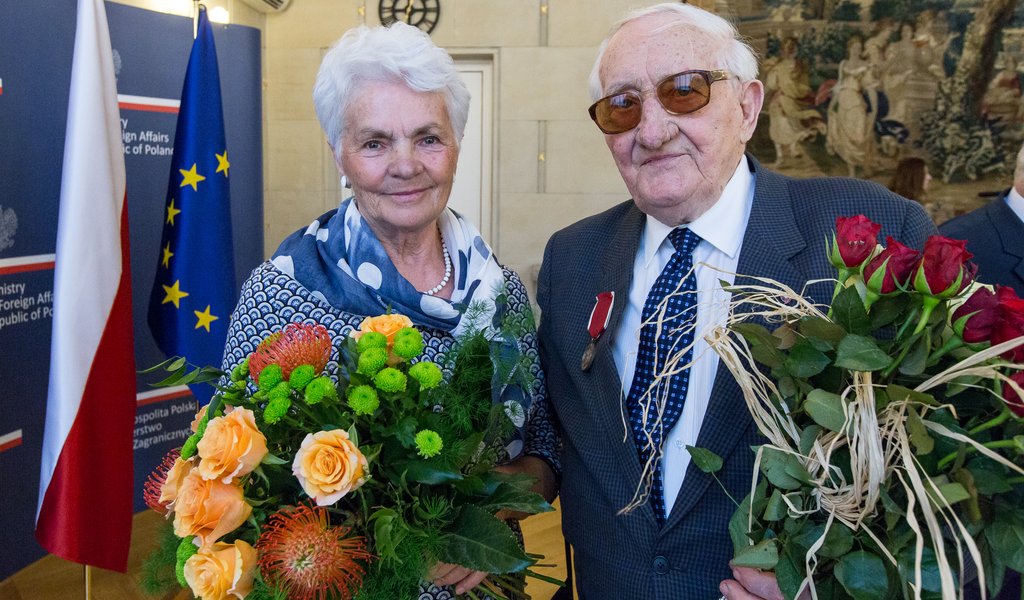 Karol Tendera, a former prisoner at Auschwitz concentration camp, was honoured with a “Bene Merito” distinction.

Karol Tendera, a former prisoner at Auschwitz concentration camp, was honoured with a “Bene Merito” distinction, which is conferred upon the citizens of the Republic of Poland and foreign nationals in recognition of their merits in promoting Poland abroad. The “Bene merito” is awarded by the Minister of Foreign Affairs.

Karol Tendera has been involved in defending Poland’s good name and correcting phrases that falsify history for years, Secretary of State at the Ministry of Foreign Affairs Jan Dziedziczak said at the ceremony. Dziedziczak said that Tendera has always been faithful to Poland and Polish values, under the German occupation as well as now, in completely different times. He underlined that service to his homeland has always been very important to Karol Tendera.

Karol Tendera is active in strengthening and protecting the image of Poland abroad. He filed a suit against the German television ZDF for using the term “Polish death camps”. He talked about the defective codes of memory at a meeting with the President of Germany, Joachim Gauck. He is holding speeches about World War II for teenagers from all over the world and engages in the initiatives to promote the history of Poland.

Karol Tendera express his gratitude for the distinction and for the recently introduced historical policy. He also explained why he decided to sue German television. “I feel profaned by such nonsense served by different German media”, Tendera said.

In February 2015, when the trial started, Karol Tendera underlined that such phrases falsify history. “These were German concentration camps established on Polish soil”, he said.

During the Second World War, Karol Tendera was a prisoner of German death camps Auschwitz, Birkenau and Flossenbürg as well as in the Czech town of Leitmeritz. He is also a member of the Centre for Dialogue and Prayer in Oświęcim and a secretary of the Club of Former Prisoners of German Concentration Camps.