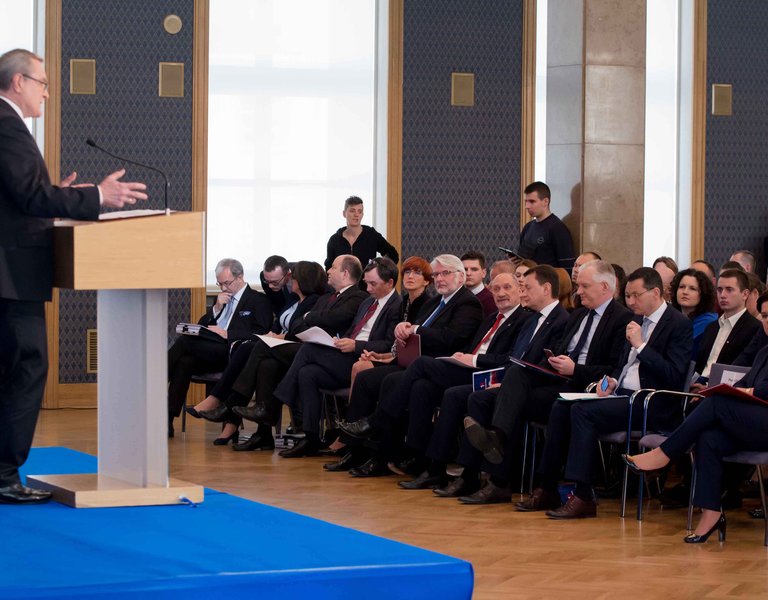 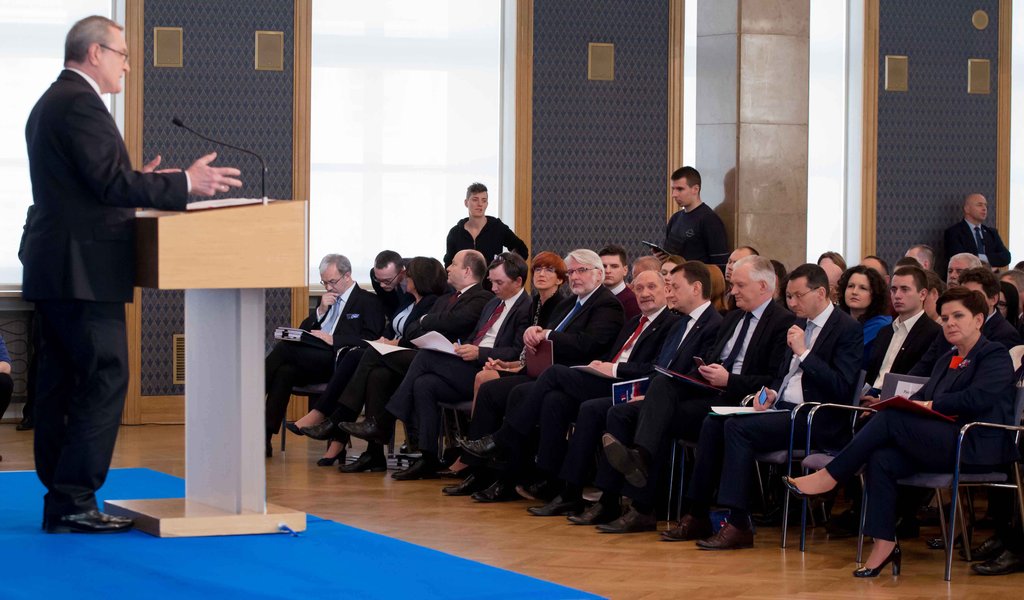 A good year for Poland

Real support for families through the 500 zl child payment and the Home+ programme, free medication for senior citizens, an increase in the minimum hourly wage, the abolition of compulsory education for six year olds, these are only some of the promises fulfilled by Beata Szydlo’s government during the course of the last year. Opinion polls leave no room for doubt – Poles are happy with the work done by their government.

On Tuesday Prime Minister Beata Szydlo and the ministers of individual ministries joined forces under the slogan “Dobry rok” (“Good year”) to sum up the past 12 months of their work.

“We are implementing a programme written by our citizens. Family, development and security – these are the three pillars of our work. This year we paid most attention to the family,” Prime Minister Szydlo said.

500+ is the flagship programme of the PiS government. The financial aid programme has already benefited 2.7 million families, who have received over 13 billion zl.

“Fears that the provisions of the Family 500+ programme would be wasted have not played out. Only three hundred families covered by the provisions were identified to have misspent their allocated money,” stressed Elżbieta Rafalska, Minister of Family, Labour and Social Policy.

Among the other achievements mentioned by Beata Szydlo was the support provided to employees by means of raising the minimum hourly wage, free medication for senior citizens, the implementation of infrastructure investments, including international roads Via Baltica and Via Carpatia.

“We have not been mistake-free, but we know how to correct them,” the prime minister added.

“Every day we have to repeat to ourselves that we serve you and our shared homeland. This was a year filled with hard work. We knew that it wouldn’t be easy. In order to fulfil all of the expectations that Poles have, we are working with determination and are implementing the programme consistently,” Prime Minister Szydlo said yesterday.

The Deputy Prime Minister and Minister of Development and Finance announced in turn the sealing of the tax system.

“We allocated close to 40 billion zł for the people. If we fully implement the pension reform, our expenditure will amount to approx. 50 billion zł. No one had previously allocated such an amount for Polish families, for pensions, for people who need it the most. That is why it is so important to seal the tax system,” Minister Morawiecki stressed.

At the meeting of the Council of Ministers, the Deputy Prime Minister also presented the foundations of the so-called Constitution for Business, which is set to be a collection of rights and protection guarantees for entrepreneurs. Mateusz Morawiecki is due to present detailed plans on November 18 this year at the 590 Congress in Rzeszow.

“Bydgoszcz’s PESA still exists and this is one of the government’s first achievements, made in the first few weeks,” the Minister of Infrastructure and Construction Andrzej Adamczyk said.

He added that they had managed to rebuild the relationship between the state and work contractors and manufacturers of building materials.

“40 per cent of Polish families were waiting for the National Housing Programme. The Home+ programme has been the response to this,” Minister Adamczyk stressed.

More money for the military

The head of the Ministry of Defence Antoni Macierewicz said that “the most important tasks of the Defence Ministry include the expansion and modernization of the army, ensuring effective alliances, building a strong defence industry, enhancing patriotism and the willingness to fight for the security of the homeland."

The Defence Ministry has, among other things, abolished limits on the promotion of soldiers, and from January 2017 onwards the average salary of a soldier will increase by 380 zł.

“We have clearly defined Polish interests in the EU, we have maintained positive relations in the international arena, we are taking care of development and positive relationships in the Visegrad Group,” Witold Waszczykowski, the Minister of Foreign Affairs, pointed out.

In summing up the government’s past year, the minister announced that British-Polish intergovernmental consultations will take place in London in a few days time.

“We have maintained the momentum of cooperation with the United Kingdom through a number of visits, consultations, the creation of new instruments of cooperation, such as the Quadriga, that is the cooperation of foreign ministers and defence ministers of both countries, and in a few days, most of our government will go to London, where under the leadership of Prime Minister Beata Szydlo we will meet with the government of the United Kingdom led by Prime Minister Theresa May,” Waszczykowski said.

The opposition on the offensive

The enthusiasm for the government is not shared by the opposition.

“This has been a terrible year for Poland. It has been a year devoid of ideas, a year of chaos, bad decisions, and the ruining of Poland’s position in the world. A year that acts as a warning for the next three years. Today we have to control and keep an eye on the hands of the government,” PO leader Grzegorz Schetyna told the Sejm.

“This was a very bad year for Poland – in the economic sphere as well as with regards to foreign and interpersonal relations,” Ryszard Petru said.

Poles happy with the PiS government

The latest CBOS opinion poll clearly shows that Poles are happy with the Law and Justice government. The opposition is therefore not right. The survey showed that 38 per cent of respondents would vote for PiS.

“Never before has any government managed to show such support after a year in power,” Prof. Rafał Chwedoruk, a political scientist at Warsaw University, told “Codzienna” newspaper.

According to the political scientist, the past year has above all been a year in which the PiS government fulfilled its promises.

“This may sound trivial, but we live in a time when voters do not trust politicians. Their voices are a sign of protest, not support. Hence, the implementation of the promises became more than just satisfying the expectations of voters. It has restored faith in state institutions,” Rafał Chwedoruk told “Codzienna”.

He said that the current government was characterized by its ease of governing the country, but had difficulty in conducting foreign policy.

“This is due to the natural difference of interests between Warsaw and Brussels. A downside of the present regime is also its policy towards Ukraine. Recently our relations with our eastern neighbour have taken a turn for the worse,” the political scientist noted. 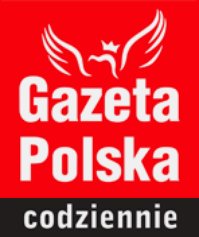