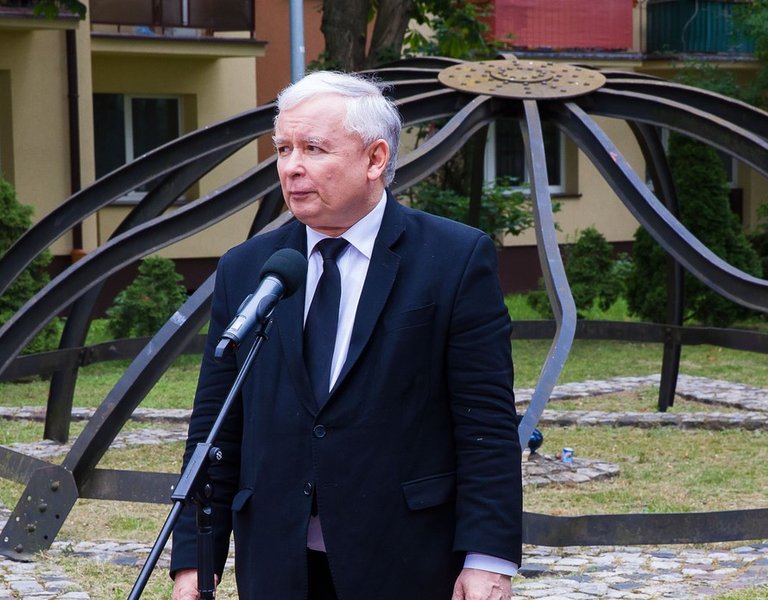 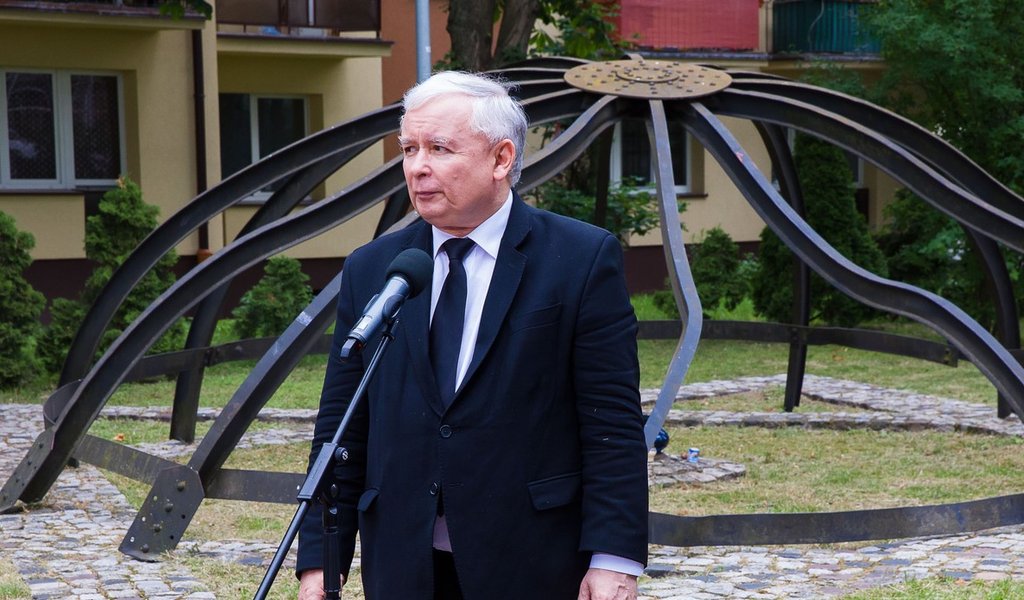 Jaroslaw Kaczynski laid flowers at the monument of the Great Synagogue in Bialystok. The leader of the Law and Justice (PiS) party visited the site to mark the 75th anniversary of the tragic events that took place there on 27 June 1941, when a Nazi German police division torched the synagogue.

The PiS party leader said that anti-Semitism was on the rise across Europe at the time, but it was the Germans who were responsible for the Holocaust.

“On 27 June 1941, the German army occupying Bialystok carried out a monstrous crime. It murdered around 2,500 Jews – around 1,000 of them were burned alive in the synagogue. This was the beginning of the Holocaust as a planned operation – it had not yet been formally decided, but this act can be considered to be the first step in this monstrous, inconceivable, genocidial crime. We also need to remember these events in order to be able to appropriately address responsibility and blame. It was the German state and German nation that supported the leadership of Adolf Hitler. It was supported enthusiastically, up until 1945, even though Germany’s defeat was already a foregone conclusion from late 1941. The German elites were unable to form any real opposition, they could not do anything even in the face of the defeat of their country and nation. We were dealing with a kind of criminal obsession. We need to continue to talk about this, as a warning for the whole of humanity. We need to remember today, but also in 100, 200 and 1,000 years. This was an inconceivable crime.  We also need to continue talking about it in order for it to be clear who carries the responsibility for the crime, for it not to be shared.

Of course, it is not the case that other European nations, including Poland, did not take part in shameful and criminal acts. They did take place, but none of them would have happened without the Germans and their aggression and destruction of states, including the Polish state – which had previously guaranteed that these crimes did not happen. The blame is clear-cut, established and we need to talk about it – it cannot be veiled. (…)

One needs to remember where and in which culture the greatest threats to Europe, the world and moral order exist. Today in Europe we have a new, large wave of anti-Semitism – sometimes explicit, sometimes more discrete in nature, focused on attacks against the state of Israel. This state is a foothold of our culture in that world, one that we need to work together with. We need to do more to bring our ideals closer together. (…) We also need to stand up to anti-Semitism in all its forms – also anti-Semitism in its current form, cloaked in the slogans of anti-Zionism or attacks on Israel. Thank you.”