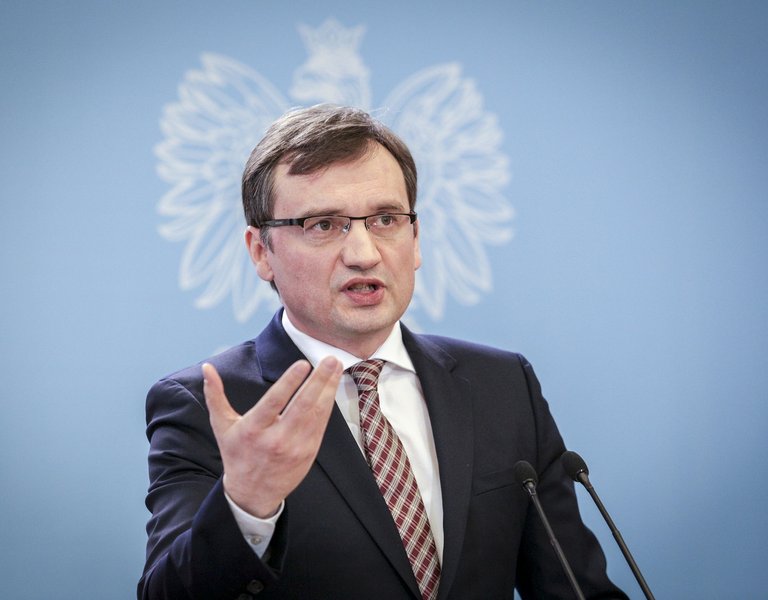 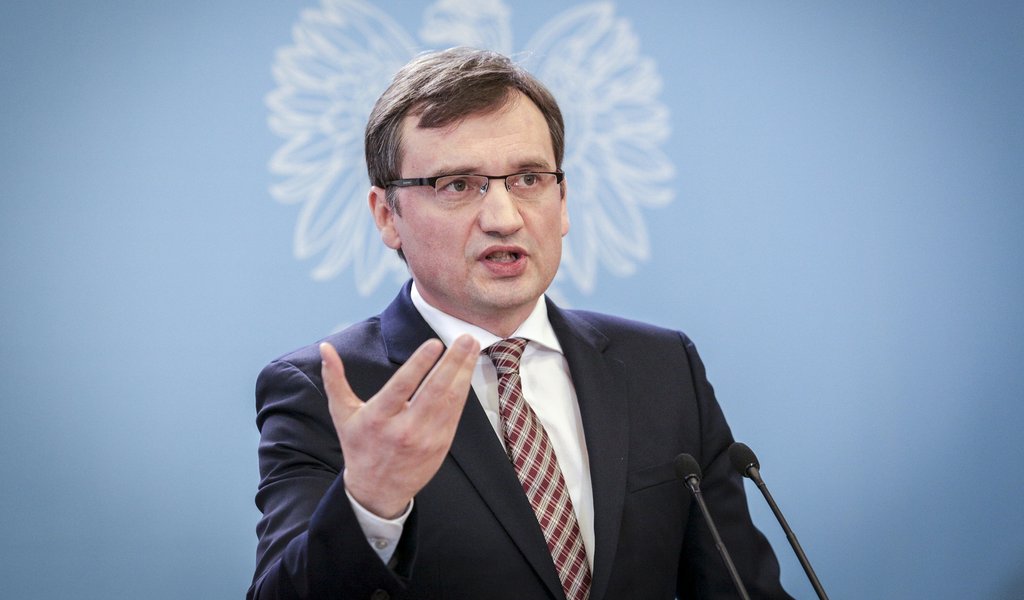 Minister Ziobro on the actions of the Constitutional Tribunal

Minister Ziobro: “We are dealing with the makings of a coup by some of the legal elites. They are doomed to fail, but at a very high price”.

"I am able to understand their objections although I need to stress that I do not agree with the methods they have used. When Chairman Kaczynski and I announced for the very first time the creation of the museum for the Cursed Soldiers in the former detention centre in Warsaw’s Mokotow district, it was the first time that many people heard that around 4,000 Poles were murdered there while Boleslaw Bierut was in power. These included heroes such as General Fieldorf Nil and Captain Witold Pilecki,” Prosecutor General Zbigniew Ziobro told “Polska The Times” in reference to the incident in which the the words “Murderer” were written on Boleslaw Bierut’s gravestone by two individuals.

“In its Article 197, the constitution states that the Tribunal can only act exclusively on the basis of the law. Of course, I did not take into consideration that Andrzej Rzeplinski and his colleagues would decide to break this fundamental rule stipulated in the constitution. The Constitutional Tribunal draws on Article 190, saying that its rulings are final. The Tribunal cannot chose to draw on certain laws while turning its back on other laws. The Constitution closes the way for arbitrary interpretation,” he said, adding: “Rzeplinski is using the constitution to further his own interests as well as those of his political environment, rather than compulsory legal norms”.

Ziobro stressed that under the leadership of Prof. Rzeplinski, the Tribunal is abusing the power it is bestowed with.

“The Constitutional Tribunal is benefiting from the fact that it is the only organ in Poland that has the right to interpret the constitution. This would mean unlimited power. The Tribunal could also say that Poland does not have a government or a president. One cannot allow for it to become the Sejm, Senate, president and Constitutional Court all in one. Let us look at the facts. The parliament and the president repealed the legislation on the Constitution Tribunal from June 2015 – and the Tribunal somehow re-enacted the law itself, using its provisions. This means that it is simultaneously becoming the court and the holder of legislative power,” he said.

According to the Prosecutor General, the actions taken by the Tribunal can be described as the “makings of a coup”.

The Tribunal is not willing to accept the result of the last presidential and parliamentary elections, which created a new governing majority with the democratic legitimacy to make laws. It is the last bastion of Poland’s Third Republic. And it is behaving out of line, acting outside of the law. One can even say that we are dealing with the makings of a coup by some of the legal elites and their contestation of the democratic rule of law,” he said, adding that the dispute with the Constitutional Tribunal can only be won by one of the two sides.

“They are doomed to fail – however the price of this failure will be very high. For the whole justice system. A conflict is taking shape whose consequences will be difficult to reverse. We will eventually win this dispute, but the standing of the state will be diminished in the process”.

Zbigniew Ziobro also commented the actions taken by the European Commission, which has activated the third stage of the Rule of Law Framework against Poland.

“The Commission could activate the seventh stage, but Poland remains a sovereign country and we will defend our rule of law. (…) We have nonetheless displayed great patience, searching for an agreement. We wanted to show our goodwill. However, it takes two to reach a compromise. The destructive steps taken by Chairman Rzeplinski and the Civic Platform show that the other side is not interested in reaching an agreement. We have made concessions in many areas. The other side has refused to move an inch,” he said.

Ziobro also said talked about the changes that the Ministry of Justice wants to make, aimed at changing the mentality of judges and prosecutors.

“In the previous system (…) the main role of prosecutors was to take care of statistics, to make sure that a sufficient number of cases are closed. I intend to change these rules. The primary focus will not be how many cases have been completed, but rather how they were solved. And I want for judges and prosecutors to know that if someone loses their life or their fortune as a result of their actions, then there will be consequences,” he stressed.

In his interview with “Polska The Times”, Ziobro said that it is essential to increase the powers at the disposal of the authorities tasked with providing security for Poles.

“Just look at the situation in Belgium. Attacks took place in the country, carried out by jihadists, the majority of which were born and bred in that country. And this was possible because the Belgian security services do not have fundamental powers, for example they can’t access telecommunications billing information. They weren’t able to do so because, in line with the way of thinking over there, the state must above all trust its citizens, rather than control them. This is a faulty approach, because this is a matter of our common security. Besides, I can be controlled as well. This is stipulated in the law on the Prosecutor’s Office. Every decision I make is made in writing and I take full responsibility for them. This is the main difference compared to the previous solutions that were in place. We operate with an open visor,” he said.