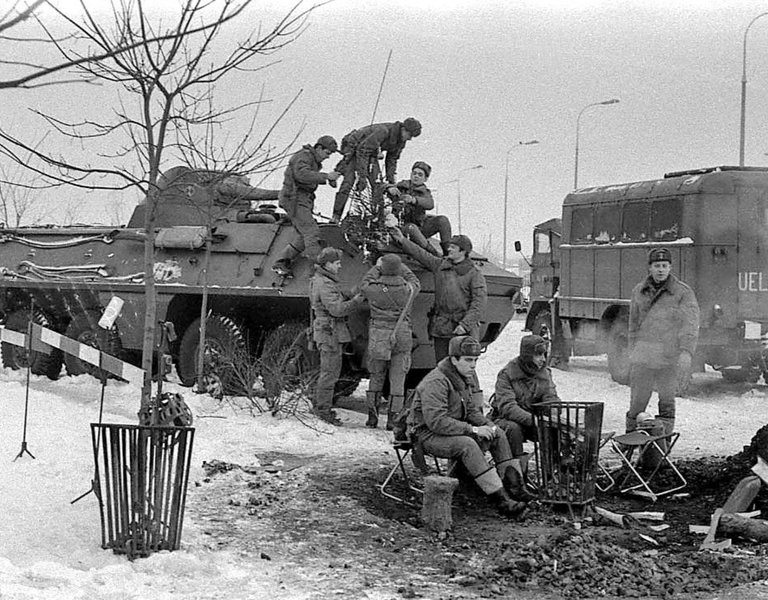 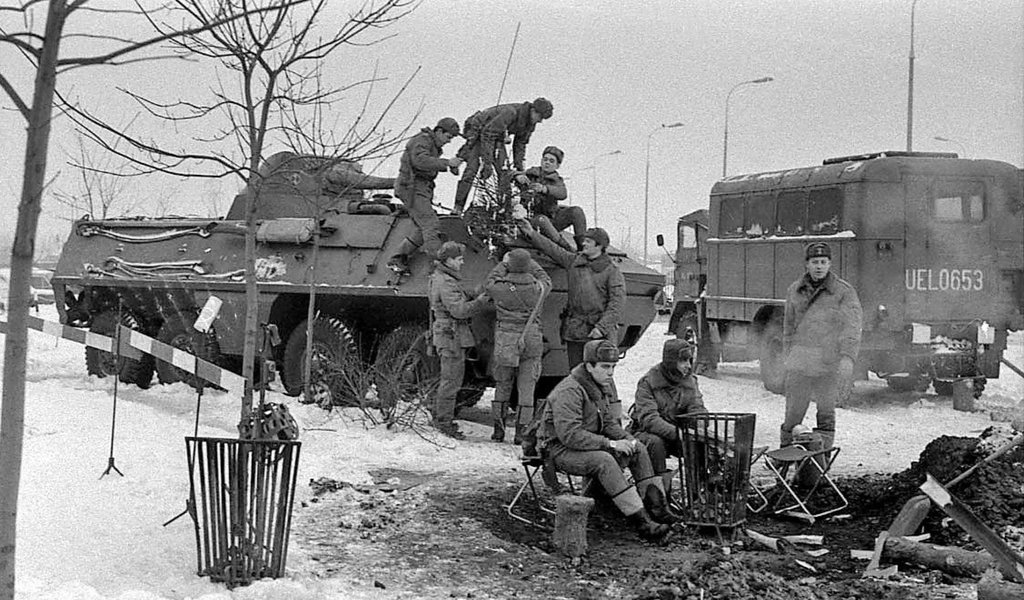 Poland marks 35 years since the introduction of martial law

Martial law was introduced in the territory of Poland governed by the communist authorities on 13 December 1981. On the 35th anniversary of the introduction of martial law in Poland, President Andrzej Duda awarded the Cross of Freedom and Solidarity to more than 30 women who were oppressed and imprisoned during martial law.

You are the heroes of our freedom, President Andrzej Duda said during Tuesday's ceremony honouring women persecuted during martial law.

"I have a feeling that I have just decorated the generation of my mother, it is a great experience. I am happy that alongside these women, who are the heroes of our freedom, we also have with us in this room members of my daughter’s generation, who are witnessing this,” Andrzej Duda said during the ceremony held at the Presidential Palace.

"These were people who were not afraid to stand firmly and say ‘we want to be free’ (...) But I thanked these women above all for one thing – that it is thanks to them that my generation can count itself as free (…). If it weren’t for these sacrifices, there would be no freedom,” the president said.

The event was linked to a seminar for young people titled “Our Solidarity”.

The Prime Minister, commenting on the anniversary, said that “we have to remember on this day, that what is most important and valuable is peace, Bethlehem Light, hope, love, mutual respect, our homeland, happiness and the safety of citizens.”

General Wojciech Jaruzelski announced the introduction of martial law in his morning speech broadcast on television. Armoured army and militia columns entered the cities. You could not leave your place of residence without a permit. At the beginning phones were turned off; later the phone calls and correspondence were controlled, or redacted.

The government justified its decision by pointing to the threat of civil war, economic collapse, and a possible coup by the Independent Self-Governing Trade Union Solidarity. The decree that imposed martial law also suspended all organisations, associations and trade unions. According to historians, its introduction was to prevent mobilisation of the Independent Self-governing Trade Union "Solidarity" that was getting ready to launch a general strike. Established in 1980, the Poland-wide trade union was a leading opposition force against the PRL government.

Throughout the martial law period, several dozen people died as a result of repressions (pacification of sit-downs, quelling of street protest). The authorities curtailed basic civil rights, and arrested and interned over ten thousand people, including the leadership of Solidarity.

Those oppressed received help from, among others, the Catholic Church (via local diocese and parish committees) and foreign charity organisations. Those activists who managed to avoid internment went underground to rebuild the Solidarity structures. Martial law brought a wave of international condemnation on Poland, especially among the Western states that decided to impose economic and political sanctions against Polish Communist authorities.

On 31 December 1982, martial law was suspended, and on 22 July 1983, it was revoked (while keeping part of the repressive legislation in place).