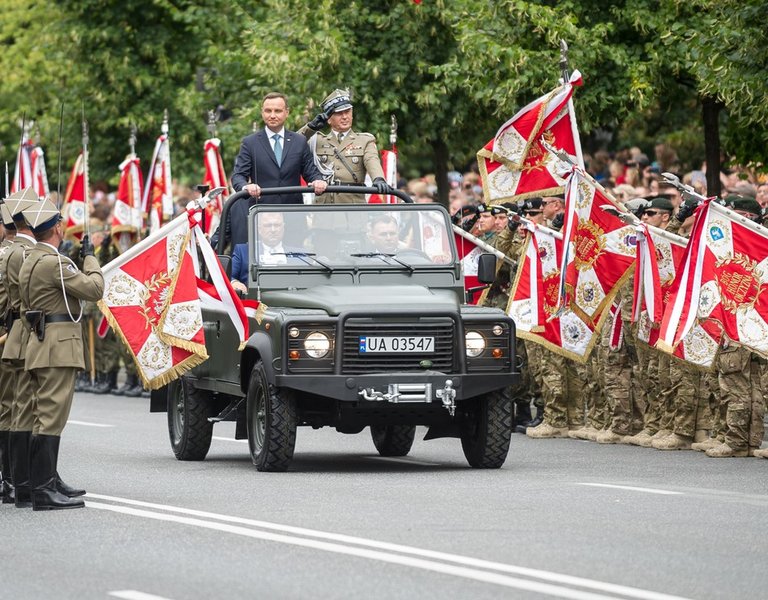 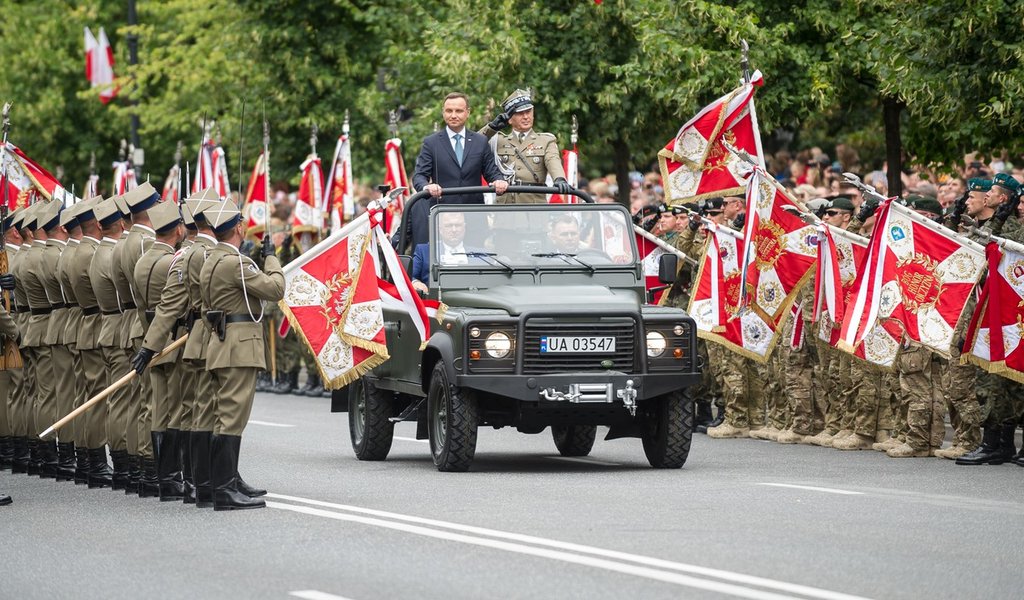 During official celebrations marking Poland’s Armed Forces Day, President Andrzej Duda gave his thanks to soldiers for their service during the NATO Summit and World Youth Day. The official event in Warsaw was concluded with a traditional military parade – both on the ground and in the air.

The president thanked soldiers for their “beautiful service”, in particular during the NATO Summit and World Youth Day. “The world saw that Poland is a beautiful country, which is not only able to stage great international events but is also able to guarantee security,” the president said during the ceremony marking Armed Forces Day and the 96th anniversary of the “Miracle of the Vistula”.

In his speech, Andrzej Duda reminded that 96 years ago, during the Battle of Warsaw in 1920, people went to battle together who in normal circumstances did not always see eye to eye. “Back then they were all united: peasants, workers, intellectuals, students, scouts. Everyone – one million soldiers. Only recently re-born, worn down by over 100 years of partitions, Poland defended what was then its brittle statehood. It defended its poor, developing state,” the president said.

He added that thanks to them we today can be proud of the Polish soldier, proud of our great military tradition and of that battle – considered as one of the most important battles in world history. “Because they not only stopped Soviet Russia’s march on Poland, they also stopped Communism’s march on Europe and the world,” President Duda said. “It was stopped here, by the Vistula. This was a great service done by our state and our nation. For Europe and the world. It was a great service by our soldiers,” he stressed.

A parade started after the president’s speech was concluded. It consisted of almost 1,500 soldiers, over 150 military vehicles and over 50 airplanes and helicopters.

The ceremony marking Armed Forces Day went a few minutes over schedule on Monday, which is why the TS-11 Iskra airplanes flew over Ujazdowski Avenue, where wreaths were being placed at the statue of Marshal Jozef Pilsudski.

Earlier, the president reminded the crowds that the tradition of organizing a parade to mark Armed Forces Day was reintroduced by former President Lech Kaczynski. He said that the event serves “not only to display our military potential, but above all serves to build a shared community between soldiers serving Poland, soldiers from allied countries and us, that is Polish society”. “We are here together. Once again I thank you all and I send my most sincere wishes to all soldiers and their families,” Duda added. 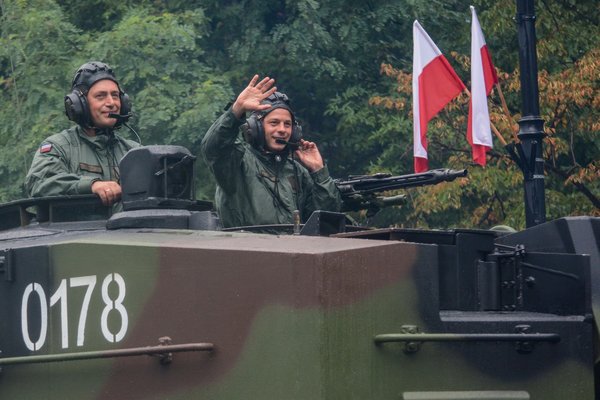 The Assumption of the Virgin Mary is celebrated on 15 August. The same day also marks the Day of the Polish Armed Forces, which is linked to the anniversary of the Battle of Warsaw in 1920, also known as the ‘Miracle of the Vistula.’  The Day of the Polish Armed Forces is celebrated to commemorate the Battle of Warsaw. The battle, fought from 12 to 25 August 1920 during the Polish-Soviet War, was won by Poland and is considered a major milestone in world history. It not only ensured the Polish independence, but also prevented communism and Soviet totalitarianism from spreading all over Europe.