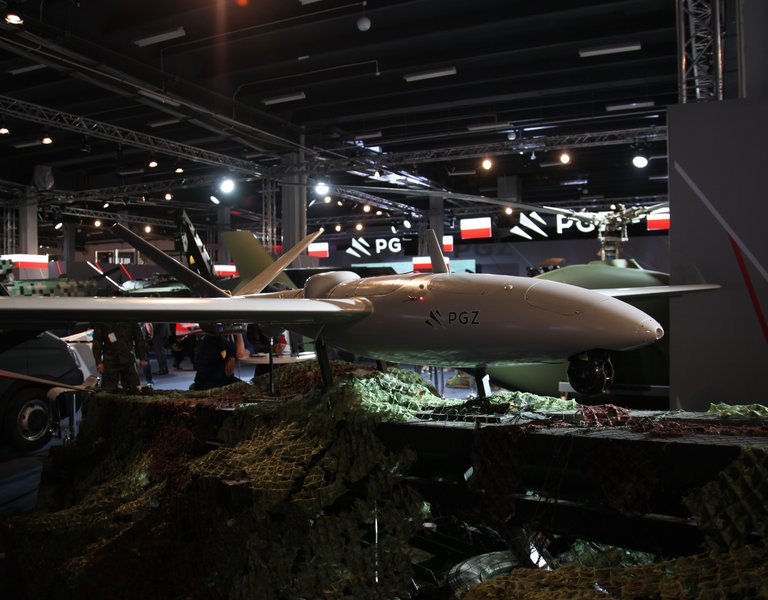 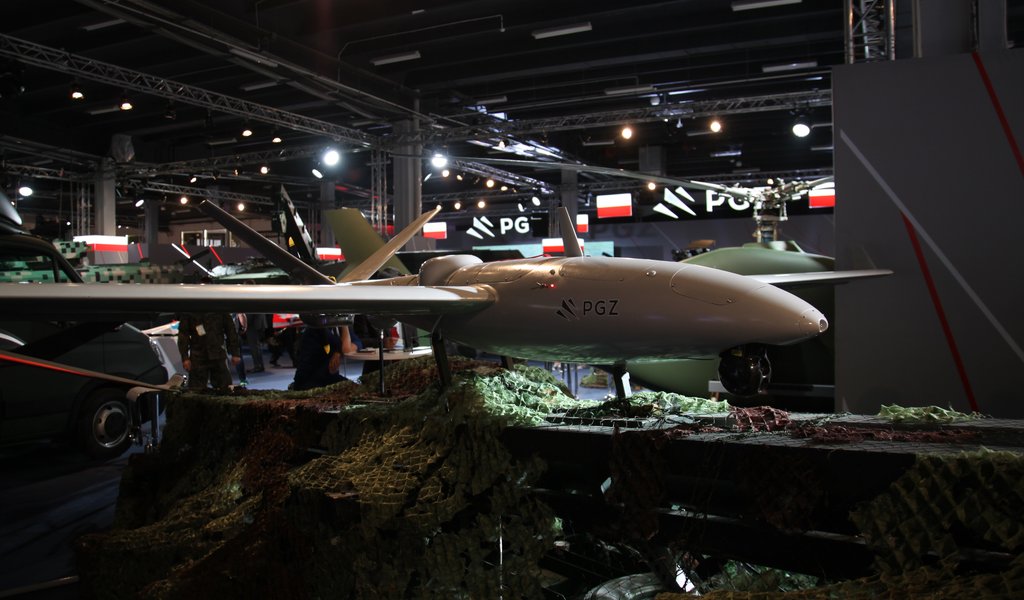 For 24 years, the International Defence Industry Exhibition (MSPO) in Kielce has attracted the largest defence firms in the world and has proven itself to be a valuable opportunity to showcase various products and producers as well as make lucrative deals.

At this year’s event, which took place between September 6-9, 609 companies from 30 countries took part, including industry giants such as Lockheed Martin, Boeing, BAE Systems, Rayethon, General Dynamics, Finmecanicca and Thales. Poland was represented by 320 exhibitors at the event. The high-profile nature of the event was confirmed by the attendance of leading state officials, including President Andrzej Duda, Deputy Prime Minister Mateusz Morawiecki and Defence Minister Antoni Macierewicz. 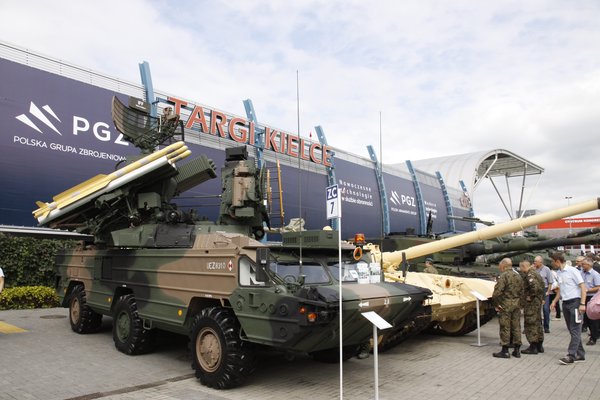 “From the Polish perspective, the highlight of the MSPO was the signing by the Defence Minister of the so-called Letter of Request, which initiates the procedure of the Polish Armed Forces acquiring the newest anti-aircraft weapons – the Patriot system – produced by the American firm Raytheon,” says Defence24’s editorial member Andrzej Hładij. “Although the decision to choose the system is not at the moment a foregone conclusion, this decision makes it much more likely that the Patriot system will be used to protect the skies over Poland,” he adds.

“The Patriots will form the foundation of the Wisla defence programme,” he says. This is part of wide-ranging plans to modernize the Polish army, announced by the previous government.

Although the Patriots are produced by the Americans, the current government will most likely aim to increase the role of Polish producers in modernizing the Polish Armed Forces. And one has to admit that the Polish defence sector has a lot to offer.

“When it comes to the most important achievements of the Polish defence sector, one can divide them into two categories. The first is composed of firms associated with PGZ and their solutions, in particular in the area of land forces, for example the Anders tracked platform variant of the car combat infantry, the Krab self-propelled howitzer, the Rak mortar crawler and the modernization programme of the Leopard 2 tank. The second group consists of private firms or companies with foreign capital active in the Polish market. Here it is worth mentioning the Black Hawk support helicopter manufactured in Mielec. Another example is the Głuszec helicopter equipped with Spike rockets, which was on put on display in Kielce by the Swidnik production plant. Other good examples include private firms that are experiencing dynamic growth, such as WB Electronics which offers a wide range of modern drones and communications systems, with big export potential,” the expert says.

The Polish Armaments Group (Polska Grupa Zbrojeniowa – PGZ), the market leader in the Polish defence sector and one of Poland’s largest companies, was strongly represented at the event.

“PGZ employs over 17,000 people and the company has an annual turnover of 5 billion zl,” said Maciej Lew-Mirski, a member of the board at PGZ, in an interview with “Manager” magazine. 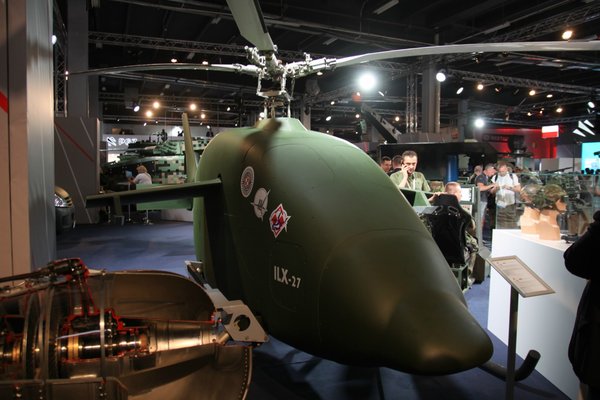 PGZ is composed of 64 subsidiaries, including brands such as Jelcz (a producer of special trucks), Huta Stalowa Wola (specializing in the production of artillery equipment) and Rosomak SA (a manufacturer of combat vehicles, including the classis Rosomak, which was a useful addition to the Polish contingent in Afghanistan). PGZ is not only a classic defence sector provider – it is also an innovator. It includes companies such as Nano Carbon, a firm dealing with graphene technology.

While the role of Polish firms in the modernization of the Polish Armed Forces might be boosted, the Kielce fair creates opportunities for the Polish defence sector to sign new contracts with suppliers of equipment abroad. Maciej Lew-Mirski says that the “export of Polish defence equipment is currently at a pretty low level”. According to statistics provided by the European Parliament, in 2013 Poland was ranked as the 9th largest exporter of weapons in the EU, with a turnover of 858 million euros (the value of the license, the actual exports amounted to 336 million euros).

In comparison, the EU’s biggest defence exporter, France, has a turnover of 9.5 billion euros, which is over ten times that of Poland. When it comes to the export turnover of weapons, those of small countries such as Denmark and Croatia are only slightly lower than Poland. However, there is an upward trend – in 2014, the value of actual export levels rose by 17.1% to 395 million zl. The uncertain situation in the world, including in the immediate neighbourhood of the European Union, has created a bigger demand for armaments.

Modernisation of the Polish Army

The defence fair was also accompanied by numerous seminars and conferences. One of the more important events was a conference titled “Priority areas of the modernization of the Polish Armed Forces in 2017 – 2019,” in which Ministry of Defence officials talked about the expenditure of the Polish army over the next few years as well as the army’s likely modernization paths.

The final form of the new modernization plan is not yet known, however what is known is that defence spending at a level of 2% of GDP is not enough to realize the plan, the Defence Ministry’s Secretary of State Bartosz Kownacki said in his presentation. This does not mean that plan will be written up from scratch; rather, corrections will be made to the plan accepted in 2012. 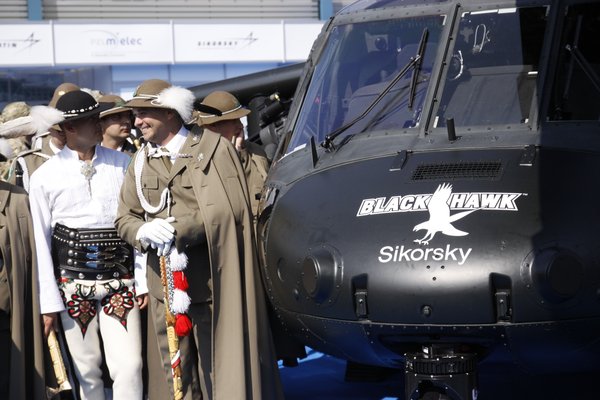 The revamped plan will also incorporate the current government’s emphasis on territorial defence forces. “The decision to develop the territorial defence forces will no doubt have an influence on how the Polish Armed Forces is modernized, it will consist of around 30,000 – 35,000 soldiers, who will need to be armed and equipped. The government wants Polish firms to take a leading role in this endeavour,” says Andrzej Hładij.

The International Defence Industry Exhibition is, however, about more than simply statistics and contracts. Private individuals interested in military issues will also no doubt find things of interest at the fare – and it is likely that even laymen will develop a passion for military matters upon visiting. Nothing is off limits: people are free to touch and visit everything. Soldiers at the Kielce fair instruct visitors on how to hold a gun and help people climb into tanks or a Rosomak. At every stall there is someone to explain how a certain piece of equipment works and what it is used for. Onsite simulators give visitors the opportunity to try their hand at being a helicopter pilot and, if they so choose, to shoot down enemy objects.

Also with their own stalls at the Kielce fair were: the Polish Army Museum, the Land Forces Museum, the Polish Aviation Museum and the Museum of the Navy, with displays of military decorations and historical exhibits, as well as reconstructions of Polish tanks produced before the Second World War. In addition, a large part of the fair was taken up by an exhibition by the Polish Armed Forces titled “Destination: Modernity”, which presented a military college and individual units of the Polish Army.

This year’s event was the largest in history in terms of the number of exhibitors. Kielce is a compulsory destination for Polish Armed Forces enthusiasts as well as anyone interested in global innovation of the defence sector.

The openness the event also means that the fair is not secretive in nature and at times some of the stalls, packed with soldiers’ pea soup and grilled ribs, are reminiscent of a picnic rather than one of the most important defence sector gatherings in Europe, for which hotel rooms in Kielce are booked out a year in advance. Dr. Andrzej Mochoń, the chairman of the Kielce Exhibition, said: “MSPO is a window to the world for the Polish defence sector.” It is difficult not to agree with him on this, and one can only add that the fair is also a window to Kielce for the world. 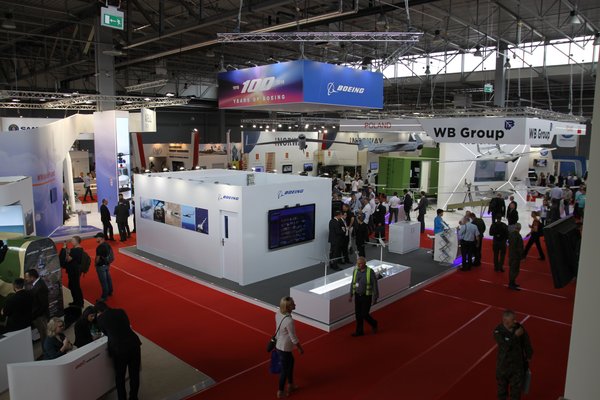