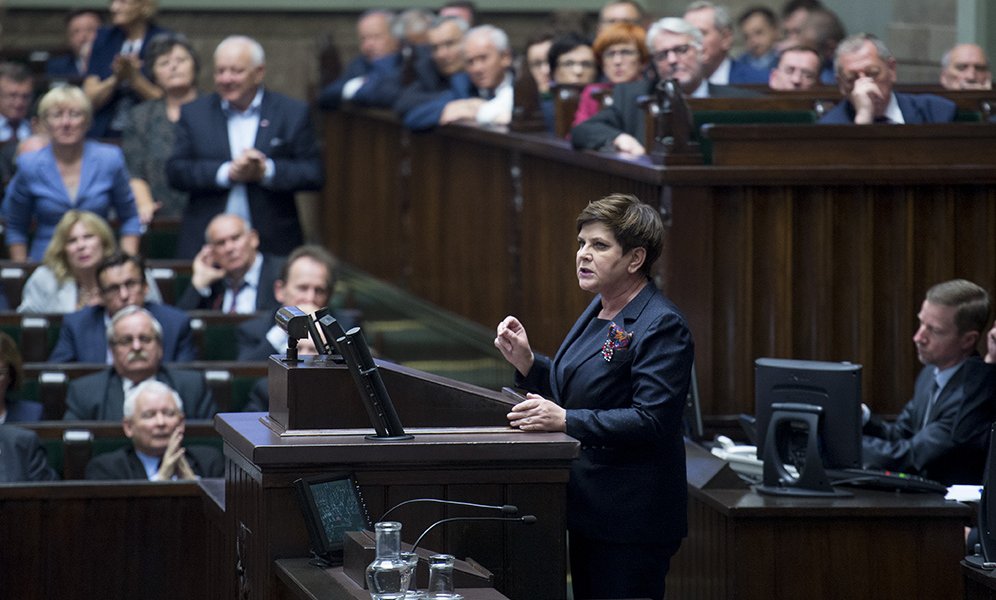 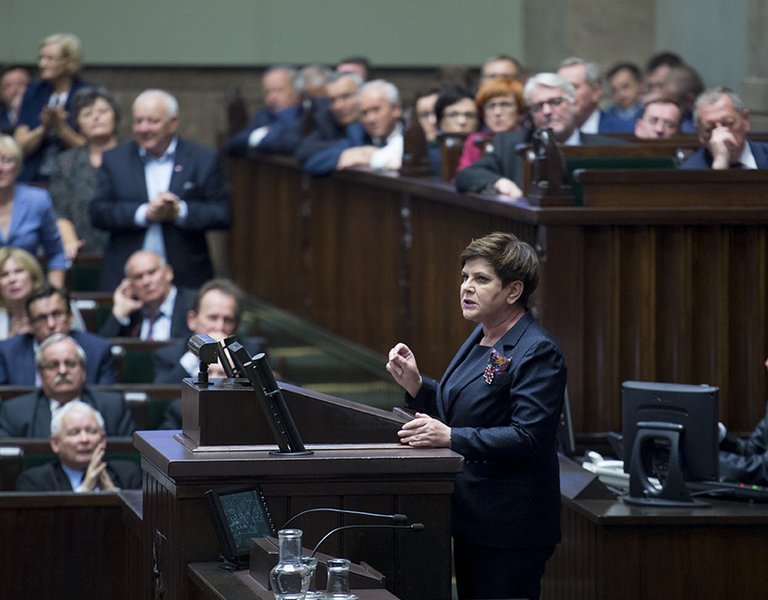 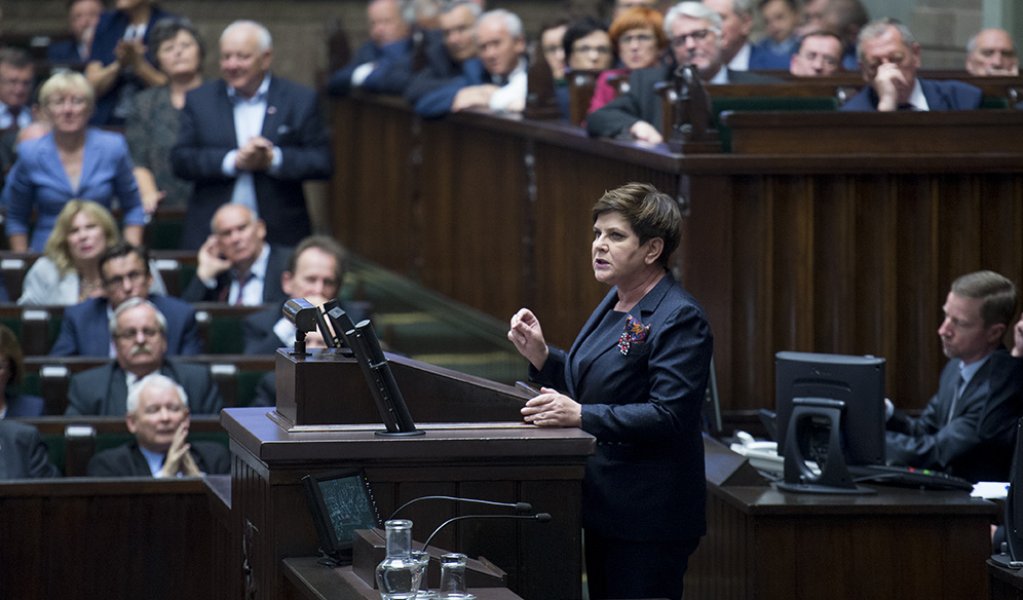 Polish PM: We will carry reform of the justice system to its completion

PiS is consistent in carrying out the reform of the judiciary, we will carry it out to the end, Prime Minister Beata Szydlo announced on Tuesday. She said that at the moment, the judiciary is on the side of corporations, not citizens.

The Prime Minister took the floor after the Sejm decided to go to the second reading of the bill on the Supreme Court without referring it to committee work.

"Law and Justice is consistent in carrying out the reform of the judiciary. We will carry out this reform to the end, because this is what Poles deserve,” the head of the government said.

She said that every citizen "has to know" that the justice system will work honestly, fairly, effectively and for every citizen, not corporations.

Prior to the speech by the Prime Minister, Marek Sowa, a Nowoczesna MP, asked the head of the government why two weeks ago a vote on draft legislation on water law was cancelled on her initiative, only for it to return to the agenda on Tuesday.

"And besides, the prime minister must know that if this court act was already in force at the time of the Prime Minister's accident, then Ziobro and Blaszczak would have put Sebastian in jail today," Sow shouted at Szydlo, referring to a road accident involving the prime minister, which took place on 10 February in Oscwiecim. The 21-year-old driver, Sebastian K., drove into the car containing the prime minister.

After the words of MP Sowa, the prime minister spoke.

“I asked Mr Budka to stop dragging Sebastian into politics. I know that Marek Sowa has children. Marek, we’ve known each other for many years and I can tell you sincerely that what you’ve done here today is simply undignified, unworthy of a member of parliament, but above all unworthy of the resident of Oscwiecim,” the head of the government told the Nowoczesna MP.

In addition, referring to the reform of the judiciary prepared by PiS, the prime minister said that "the judges’ telephone time is over, no longer will people be treated unfairly just because they can’t afford an expensive lawyer.”

“No longer,” the prime minister said.

"I am the prime minister of the government, who has set herself the goal of restoring social justice, and we are implementing this programme consistently. PiS has stood on the side of the people, and no one will push us off this path, by shouting and stamping here,” Szydlo added.

“Today comes this moment, the very moment of truth - are you able to stand on the side of people or are you on the corporate side? This is for you to answer,” she added.

“We are fixing your mistakes. The water law, which I was asked about, why we have to do this, why in this moment we have to work with this pace – because you didn’t do anything, you exposed Poland to potentially having to pay fines, by not adapting to EU law,” the prime minister said.