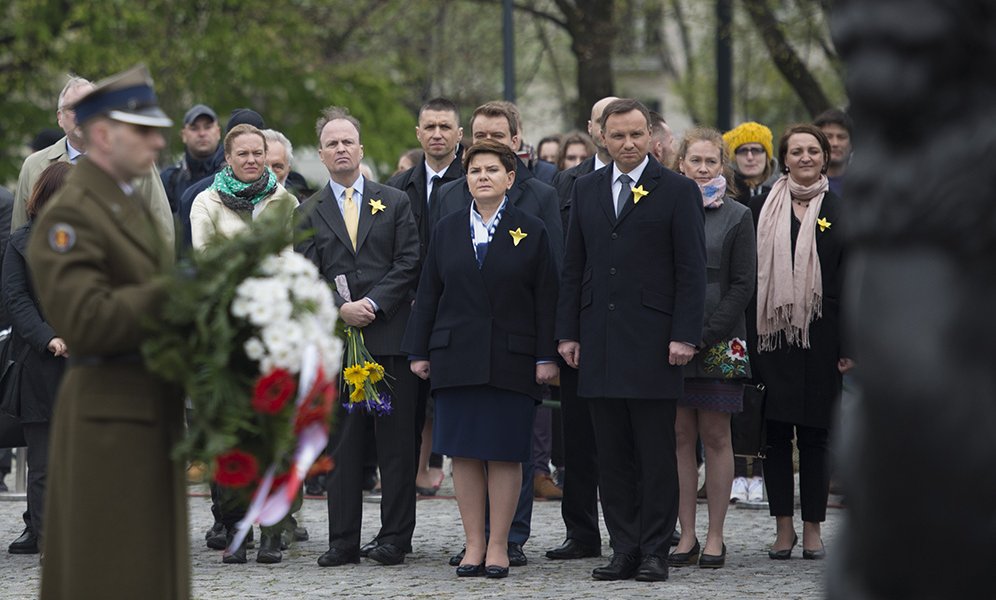 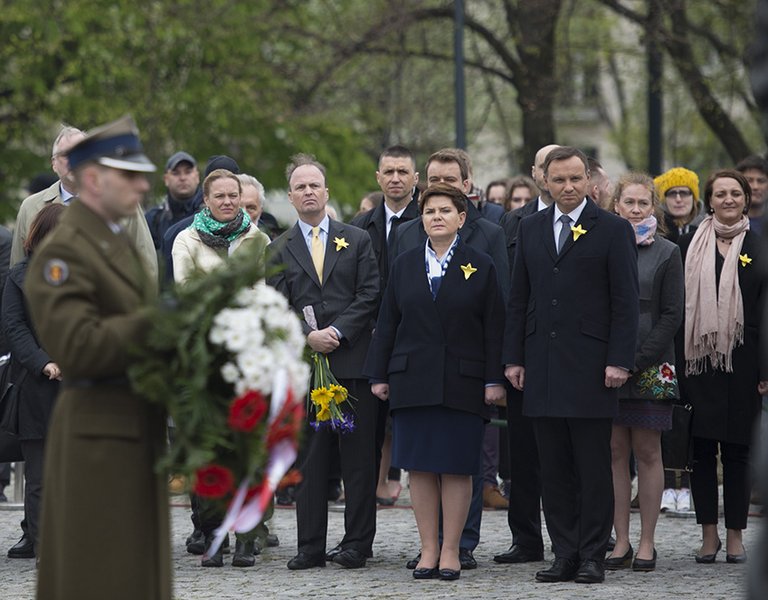 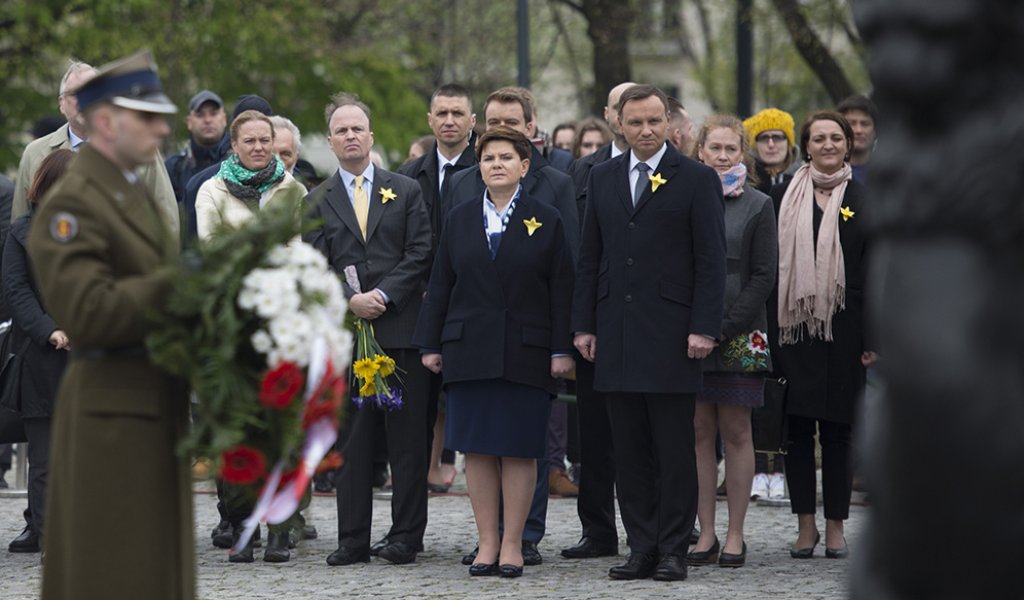 President of Poland Andrzej Duda took part in a tributes on Tuesday marking the 73rd anniversary of the Warsaw Ghetto Uprising.

The ceremony, which was attended by prominent members of Poland's surviving Jewish community, took place at the capital's Monument to the Ghetto Heroes.

“Here, where we are standing now, was the Warsaw Ghetto, where people were enclosed, ordinary Polish citizens who had lived on this land... they were an ordinary part of a great community that had inhabited the 2nd [Polish] Republic,” the president said.

Duda lamented the birth of an ideology that “pushed them to the margins solely because they were Jews, and then it took away their lives, bringing destruction, crushing them as a nation, annihilating them."

The president stressed that “this was crowned by a vast, unimaginable genocide.”

The Nazi German occupiers established the Warsaw Ghetto in October 1940, one year after conquering Poland. The creation of the ghetto was soon replicated in other cities and towns across occupied Poland.

The Warsaw Ghetto Uprising was launched on 19 April 1943, following waves of deportations to death camps, and growing intelligence from escapees of the fate that awaited Jews.

Against formidable odds, about 1,000 poorly armed insurgents held out for close to a month, until the revolt was finally crushed on 16 May 1943.

President Duda and fellow participants wore daffodils for today's address, a symbol of the insurgency that has been promoted since the 70th anniversary in 2013.