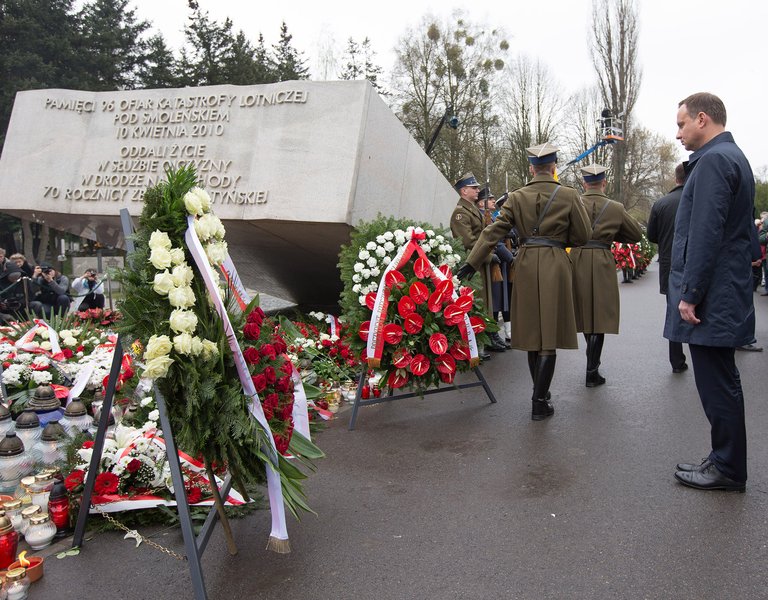 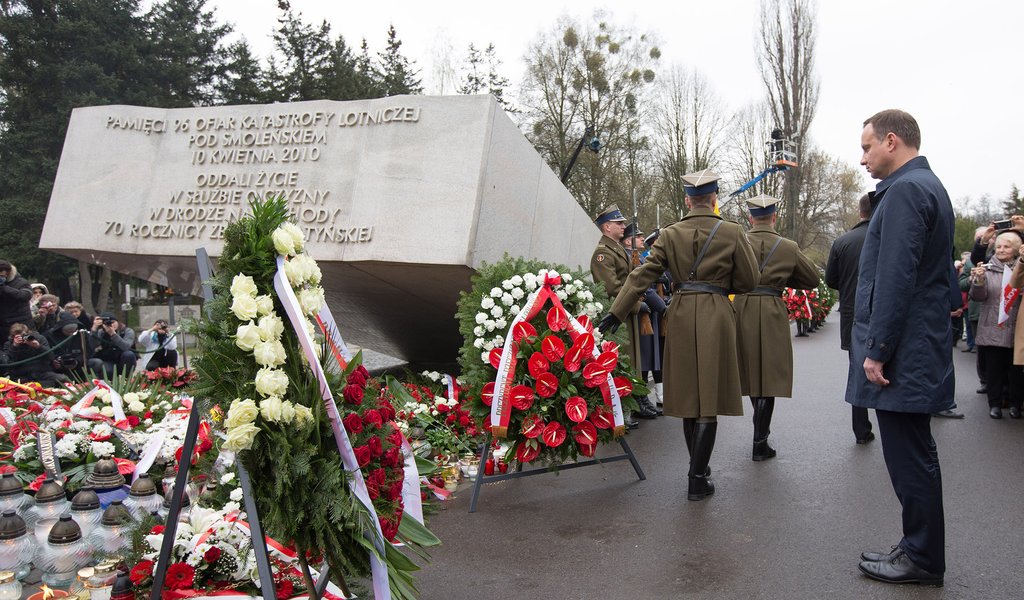 President Andrzej Duda prayed at the tomb of Maria and Lech Kaczynski at Wawel Cathedral in the early morning. “These visits are always very emotional for me. Time heals, it causes emotions to change, but they are still very much alive,” the Polish President said. 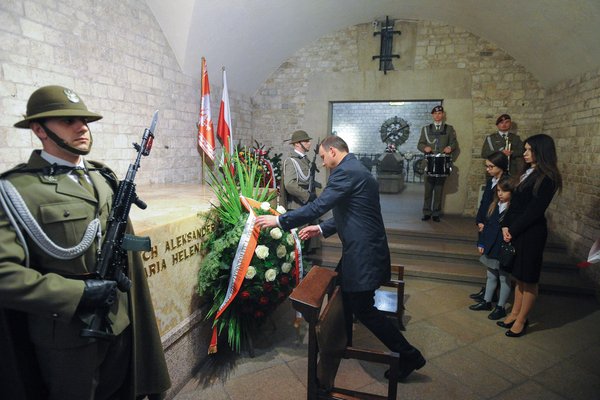 All over the country, Poles gathered to pay tribute to the victims of the great national tragedy. This year commemorative events took on a completely different form due to efforts made by the country’s new leadership.

In Smolensk the Polish delegation was led by Anna Maria Anders. Today the site of the disaster is nothing like it was six years ago. Instead of swampy bushes there is a meadow and a road. Where the wreckage of the Tu-154M was found there is now a small square with several crosses, a stone, a plaque and some memorabilia. A statue was planned but the Russians continue to obstruct the process and there is little hope that a permanent tribute to the victims of the 10 April 2010 tragedy will replace the makeshift memorial. This void has been filled by the city and its newest investments. Next to a busy road new car dealerships are being opened and the area is shared by several firms, warehouses and parking lots. It is difficult to imagine how a new investigation of the territory will take place or how samples will be collected – something that is planned by a Ministry of Defence committee and a new team of prosecutors. This year, the modest ceremony held under the Smolensk Oblast birch trees focused on commemorating the victims of both Katyn and Smolensk tragedies.

“President Lech Kaczynski fully understood the significance of the events that took place 70 years earlier and how they shape the modern historical consciousness and identity of contemporary Poles. The truth about the Katyn death pits was one of the most important cornerstones of Polish independence thinking. Agreement on how important the Katyn events are for Polish historical consciousness helped unite all the individuals who died together with President Kaczynski, despite the political differences that existed between them,” Polish senate member Anna Maria Anders said.

Anders, a Government Plenipotentiary for International Dialogue, pointed out that this could be a kind of testament to the 96 victims of the disaster. She said that a call for unity in service of Poland’s national priorities could be an important keepsake of the Katyn and Smolenski tragedies.

The Russian side was represented by Lev Platonov, the Deputy Governor of the Smolensk Region and Andrej Liniov, the permanent representative of Russia’s Ministry of Foreign Affairs in the region.

Prayers were held in memory of the victims. The ceremony was concluded with the laying of wreaths and lighting of candles as well as the reading out of a list of all the victims’ names. A military escort was performed by soldiers who, along with most people present, were flown in on a military CASA aircraft to Vitebsk in Belarus.

Some families only found out this year that they are able to take part in the ceremony held at the site where their loved ones perished. This is something that was brought to attention by the family of the late Stanislaw Mikke, the former Deputy Chairman of the Council for the Protection of Struggle and Martyrdom Sites.

Those who participated in the commemorative events said that they felt that it was their responsibility, a sad necessity and family commitment. The relatives taking part in the pilgrimage trip are sometimes overcome by sadness and the thought of completing the life’s mission of their loved one. Some take part in the debate concerning the causes of the disaster and monitor reports of new findings – they become very upset about information regarding the incompetence of Polish authorities and Russian arrogance, some relatives suffered the humiliating ordeal of having to identify their loved ones in Moscow. However, many relatives are sad that the 10 April anniversary has been overly politicised, that it has caused national divisions. Everyone wants the truth, but they are afraid of scratching open personal wounds.

“For us, what is most important is our feelings, that this was someone close to us. I am very proud of my uncle, I was very close to him. He was a great person who achieved a lot in his life due to hard work, but at the same time he was very modest and he never let on that he was someone important. His death was a big loss for our country and for our family,” said Magdalena Drezińska, the niece of Gen.Tadeusza Buka, the commander of Polish Land Forces.

There is now the hope that there will be new momentum regarding the cause of the disaster and relations with Russia. Some of the participants of yesterday’s events recall the atmosphere of terror and chaos six years ago.

“This is something that will probably never be erased from memory. I remember the terror, the fear, the desperation. We didn’t know who had actually died because no one would give us a list of victims. Our group found out already in Poland. Before that we only knew that a tragedy had taken place. I remember that everything was accelerated. The Russians quickly brought in students from some culinary school in order to speed up the serving of meals, but even so we were not able to keep up, especially the old people,” recounts Agata Linowska from the Association of Katyn Familes from Lower Silesia.

The return trip dragged on. At the time there were no conflicts about the causes of the disaster and political divisions. “Later politics entered a space that should have been filled with something completely different. Finally the state is helping us,” adds Agata Linowska.

Over the course of six years the Smolensk Oblast has changed from a commercial perspective. The number of car dealerships continues to grow. In 2010 there was only KIA. Now in the area surrounding the disaster site are Datsun, Lada, Renault and Nissan. There is now a big billboard just under the airplane’s approach path. If one walks in the direction from which the plane came one should be able to see the infamous birch tree. Its role in the disaster remains inconclusive, there are even doubts regarding its precise location. Questions have also been asked about whether the plane’s wing clipped other trees close by. Now, not much remains of them – a bulldozer recently made its way through the area. Yesterday, someone lit a candle and placed it at the birch stump (the rest of the tree is at the headquarters of the Investigative Committee in Moscow). A makeshift fence between this area and a rubbish landfill closer to the start of the airport’s runway has been covered with a white sheet. The bungalow belonging to the Smolensk doctor Nikolaj Bodin remains unchanged. It is in terrible condition and resembles a mud hut. Next door, exactly where the approach path used to be, a parking lot was created two years ago. Its high fence and guard post dominate the immediate scenery, including the completely derelict “closer air traffic control tower”. It was established already in 2010 that the tower was not fully functional at the time of the disaster (the MAK report confirmed this.)