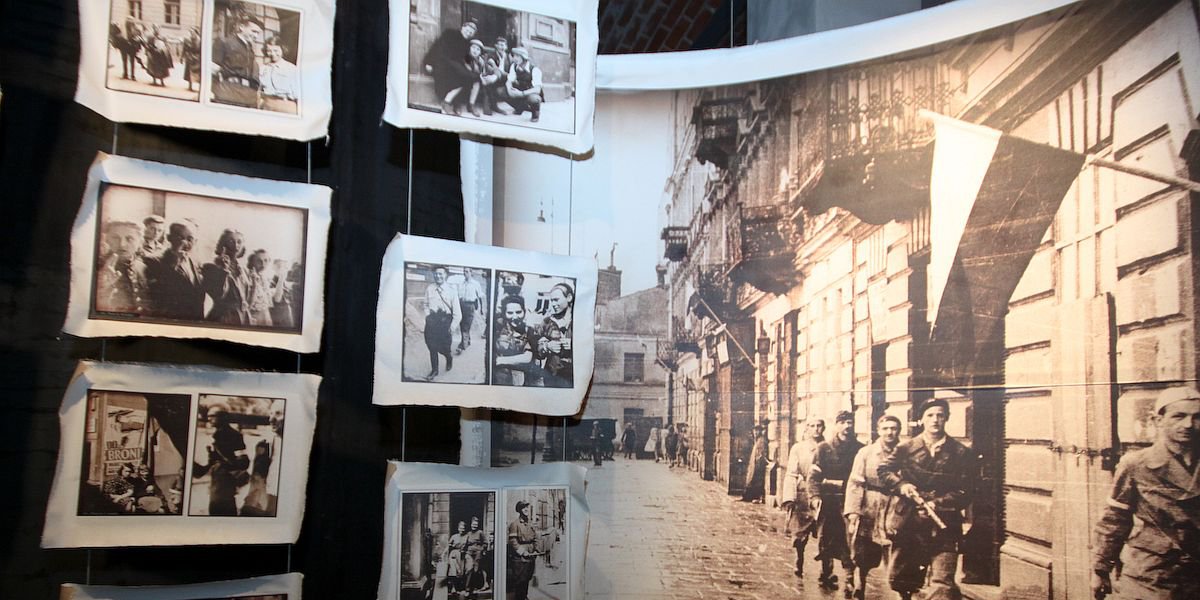 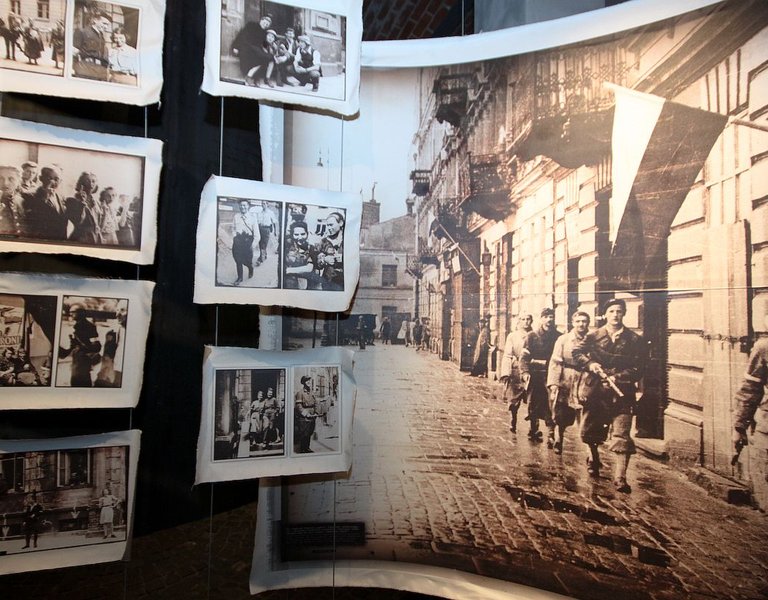 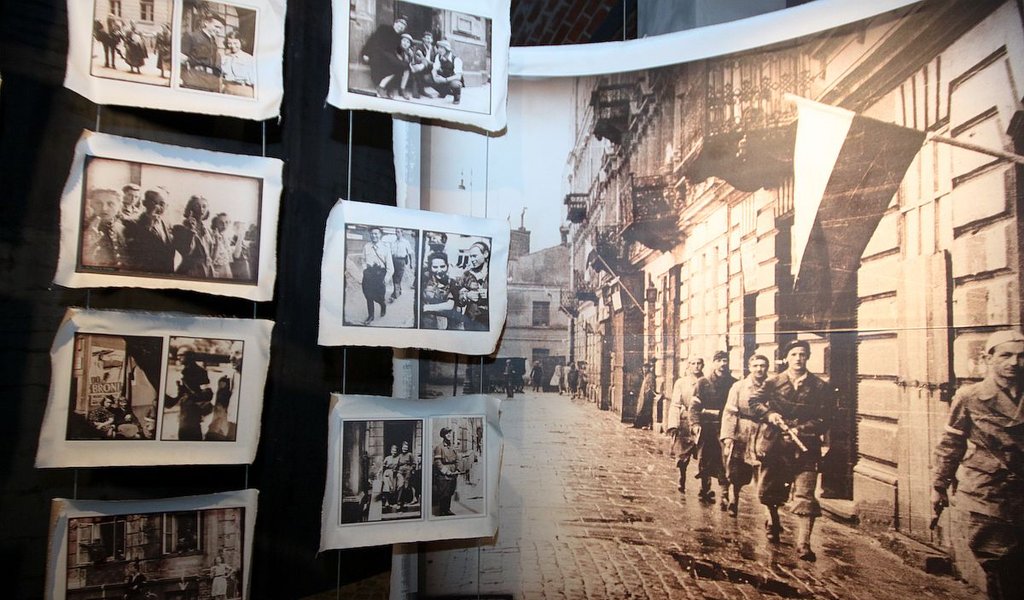 We were on the right side

Piotr Zaremba talks with Jan Ołdakowski, the director of the Warsaw Uprising Museum.

Should Second World War museums show that the war brought to surface such national traits as bravery and solidarity? Or maybe the war even strengthened us?

The modern Polish identity is based on the tradition of resistance against two 20th century totalitarianisms. You cannot understand modern Poland without understanding this phenomenon. Without the Home Army, Warsaw Uprising, Doomed Soldiers, Church, opposition against the Polish People’s Republic, and finally, “Solidarity.” For my grandmother’s generation a decision to join the Home Army was morally motivated. In that sense the war indeed strengthened characters. And simultaneously, it sometimes broke people down: not all the Poles were individually on the side of good. But they were on that side as the Polish Underground State, as the Underground Armed Force.

But did Poles come out of the war as better or worse?

Two processes took place at the same time. There was an ennoblement of the Kolumb generation. They had to grow up instantly — by fate’s decree. They went through the process of self-improvement. After the war, the insurgents tried to gain education, they lived believing in a myth that they would build Poland. But a totalitarian steamroller swept through instead. On the other hand, as you can well see in Timothy Snyder’s Bloodlands, the war devastated people. Some came out of it demoralized and weary. Snyder shows that the process of demoralization did not take place at such a dramatic pace where social structures were preserved, where the Church remained strong.

The Museum of the Second World War is criticised for allegedly omitting this aspect of forming human characters.

To a great extent, Western societies have reworked and closed their war history. Because of the long communist rule, we still live in an historical era. The communists lied about our history to us and the world. The true history survived in our minds and our hearts. Then, free Poland was shy with its history. Lech Kaczynski overcame this – with the Warsaw Uprising Museum, but most of all by celebrating the anniversaries of the Warsaw Uprising. The sirens would be put into use as early as the 1990s, but suddenly people started to observe a minute’s stop and silence while hearing them wail. A youngster with a Polish flag only now may seem a normal sight to us.

At the beginning of our century this was a rarity.

And then history stopped being treated as an obstacle in the way of modernization. But Poland should articulate it all outside. A few years ago, Darek Gawin and I, we gave Valery Giscard d’Estaign, an elderly gentleman and one of the founders of united Europe, a tour around the museum. He listened to our stories and suddenly asked: “Gentlemen, why haven’t I heard about all of this before?” Others haven’t heard, either and hence “Polish death camps.” To some extent, Poland and all her institutions have even a duty to demand that our version is heard, just as Israel did in the 1950s. We are different; for us the war’s consequences end only with the departure of the Soviet troops in 1991.

Does the historical truth have any essential meaning in or influence on our lives?

As a country we were on the good side. If the world holds us jointly responsible for war crimes, it will notably weaken our international position. That is a paradox: many nations seem to live in a post-historical era, and then suddenly the past turns out to matter. But it is also important at home. High self-esteem reinforces the community. We have the right to know the truth about ourselves. If, in spite of such a glorious past, we will do nothing but continue to castigate ourselves…

In 1990s, Gazeta Wyborcza alleged that the Warsaw Uprising had been accompanied by the murders of Jews. What has remained of this accusation after the years?

Two or three confirmed incidents. And a rather higher number of non-eye-witness accounts. If in the 1970s someone came to the Yad Vashem Institute recalling that in 1947 someone else on the train had told him a story about a Jewish family killed by the Poles, that is only a proof of a meeting on the train, not of the crime. Historians have no tools to verify it.

The Doomed Soldiers are only being discovered now. And let me add straight away: only justly so. But let us remember: for our museum, the tale about the insurgents is also a pedagogical programme. We’re talking about people who built a community of resistance against an overwhelming enemy force – as in the Star Wars. And this is a link between them and the Doomed Soldiers. But we’re also talking about people who had spent years preparing for a final struggle. And who cared about self-education, who were preparing for the reconstruction of Poland after the war.

Are the Doomed Soldiers not good role models?

They are an example of bravery. Many were driven out into the woods without any other alternative; others went there in the hopes for a subsequent war. They preferred to choose death on their own terms. Often they were in a dead-end situation.

In their case it was just romanticism, and the war-time Home Army was romanticism combined with positivism?

Pretty much so. The Underground State is an unprecedented example of self-organization.

Simultaneously there is a continuity between the tradition of the Underground State and the Doomed Soldiers. For some the war did not end. An album published in collaboration with the Museum, Warsaw’s Shattered Dream, tells a story of very young people who still try to engage in the resistance activity after the war.

And they get crushed by a terrible system.

Wyborcza accuses the right of being obsessed with the Doomed Soldiers. But it took no notice of Piotr Semka’s book about various form of resistance, including civil resistance.

At the same time, even Adam Michnik once did an article about the Doomed Soldiers on the occasion of 1 March, which was positive in tone. These, often sidelined, people, deserve to be duly honoured.

As far as Wolyn is concerned, two approaches have emerged. Some ask whether it is worth for us to remember at all if it strains our relations with modern Ukraine. Others easily turn remembrance into attacks against the Ukrainians.

I know how difficult that is. The Warsaw Uprising Museum has only now published a list of almost 60,000 civilians killed in Warsaw, and an exhibition was set up in the Wola district. An internet database will be available from 1 August. 60,000 is roughly half of all casualties. Up to 100,000 people were murdered in Wolyn. A state institution should have already started gathering names, data, information.

Does 11 July not bother you as day of the Martyrdom of the People of Eastern Borderlands?

Should there be more films about the Warsaw Uprising?

I still miss a film like Saving Private Ryan, an attempt at an individual story against a wider background.

This is why you promote the script of Władysław Pasikowski’s film about Jan Nowak-Jeziorański?

Yes, we have even received a subsidy for it from the Polish Film Institute. This is a story about someone who is not a James Bond type; who does not know how to kill, how to throw a knife; nay, he does not even know how to ride a bike, but someone who proves an effective courier, doing three times the London-Warsaw route. And a charismatic man at that.

Does this film project stand a chance of being produced?

We will be raising funds; we have even turned a profit on our documentary. We want to drive the need for a character. Just as Jack Strong to some extent promoted Colonel Kukliński and even provided us with explanations for his decisions.

Will this year’s celebrations differ from the previous ones?

They will be overshadowed by the dispute about the roll call of honour. Often political events in the background — whistles in the cemetery or Radosław Sikorski’s words — clouded the point of the uprising. The insurgents are getting upset; this is their celebration; they want to experience it the same way as the year before. But several dozen thousand people will be coming to Powązki Cemetery; several hundred thousand will stop for a minute’s silence in the street. It is our common ritual; foreign visitors come to watch it. It is Lech Kaczynski’s testament.