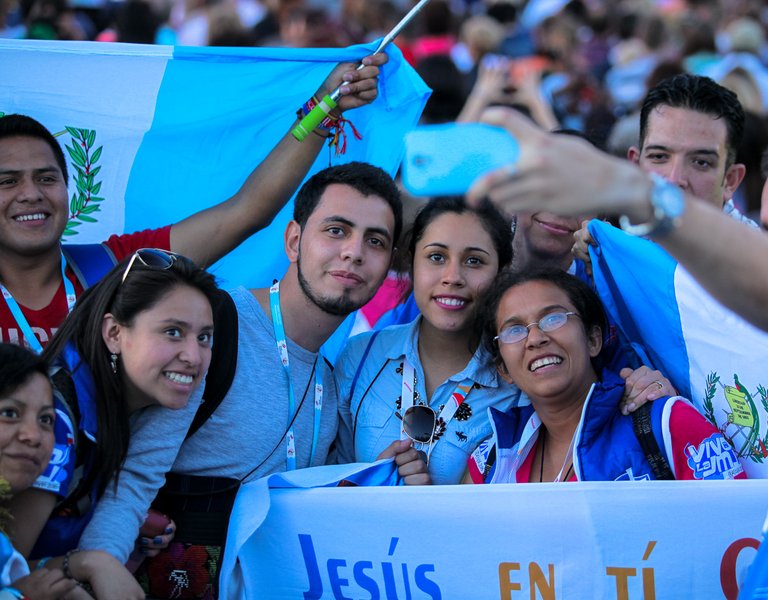 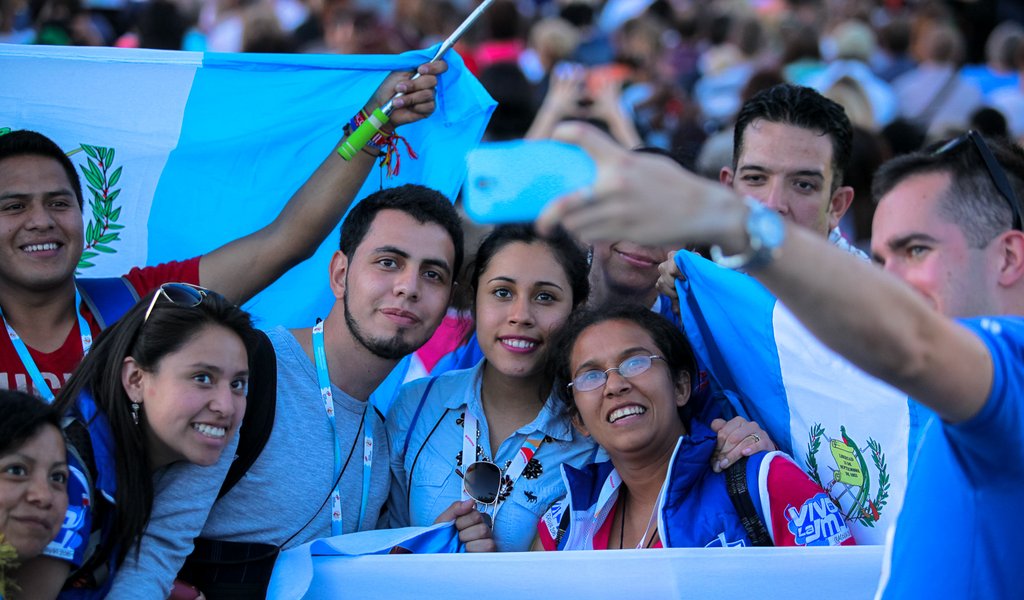 “We can face the challenges of the modern world, in which man chooses between faith and disbelief, good and evil, love and its rejection,” Cardinal Stanislaw Dziwisz said during the opening Mass.

The official opening was attended by 200,000 people, according to a source close to the policing services. The congregation in Krakow's Blonia Park included cardinals and bishops from all over the world.

The liturgy was celebrated in Latin while the Gospel was read in Polish and Old Church Slavonic.

The Fire of Mercy, brought to the site from the Shrine of Divine Mercy in Krakow-Lagiewniki, will burn at all the central celebrations of WYD. At the end of the event Pope Francis will hand it over to representatives of five continents.

"We come from 'every nation under heaven' ... We bring our experience of various cultures, traditions and languages", Cardinal Dziwisz said in his homily during the Mass.

He pointed out that some of the young people who had come to Krakow were from regions of the world that enjoyed prosperity but that "among us are also young people from countries whose people are suffering due to wars and other kinds of conflicts, where children are starving to death and where Christians are brutally persecuted. Among us are young pilgrims from parts of the world that are ruled by violence and blind terrorism, and where authorities usurp power over man and nations, following insane ideologies".

Having come to WYD with personal experience of the Gospel, with fears and disappointments but also hopes, "we can face the challenges of the modern world, in which man chooses between faith and disbelief, good and evil, love and its rejection", Cardinal Dziwisz also said.

"Carry the flame of your faith and ignite with it other flames ... May the flame of love engulf our world and rid it of egoism, violence and injustice, so that a civilization of good, reconciliation, love and peace will be strengthened on our earth", he continued.

The cardinal appealed to the participants to share their faith, their experience and their hopes with others.

The faithful could listen to the Mass in their native tongue thanks to radio broadcasts in different languages.

The WYD opening ceremony, that preceded the Mass, started in the afternoon on Tuesday, July 26. The young were carrying WYD symbols – the cross and the Icon of Our Lady Salus Populi Romani (Protectress of the Roman People) – in a procession. The procession was going between the sectors and heading for the altar.

WYD symbols were being transferred in turns to the representatives of the countries in which previous meetings took place. The first to carry the symbols were pilgrims from Rome, the city in which the story of World Youth Day began 30 years ago. Then Americans, the youth from the Philippines and others.

The persons who were carrying the cross and the icon wore T-shirts with the logos of previous editions of the meeting; they had got also the flags of their countries. They were traversing the Blonia Park between the sectors. At the same time, the giant screens placed in the Blonia Park were showing films recollecting the previous WYD meetings.

The last to carry WYD symbols were the young from Brazil, the country where the last World Youth Day took place. They carried the cross and the icon up to the altar and handed them over to Poles – the hosts of WYD in Krakow from that moment on.

WYD symbols will be present at all ceremonies related to the youth’s meeting – also at the Misericordiae Campus; in the meantime, they will be placed in Jordan Park, in a specially built, temporary chapel – accessible for adoration.

The simple, wooden cross was made in 1983. A year later, at Pope John Paul’s request, it was placed in St Peter Basilica in Rome. John Paul II described the cross as the sign of Jesus Christ’s love for the man. The other WYD symbol is a copy of the Icon of Our Lady the Protectress of the Roman People, which is placed in Santa Maria Maggiore Basilica in Rome.

The Polish youth received WYD symbols on Palm Sunday 2014. From then on, they pilgrimaged through Poland, and Central and Eastern European Countries. They were in Byelorussia, Lithuania, Latvia, Russia, Ukraine, Moldavia, Romania, Hungary, Slovakia and the Czech Republic.

WYD symbols returned to Poland on December 14, 2014. Until today, they have travelled several thousand kilometres in our country. In the Archdiocese of Krakow, the cross and the icon have visited e.g. parishes, schools, prisons and social welfare centres.