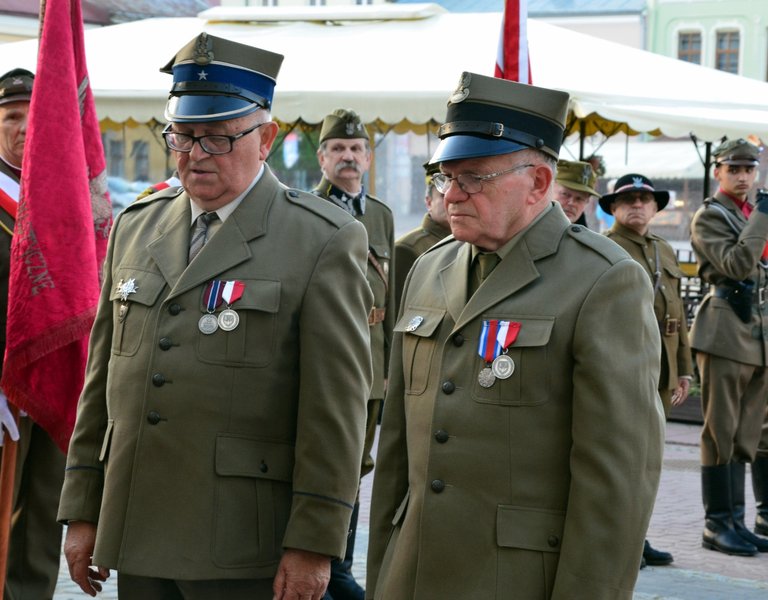 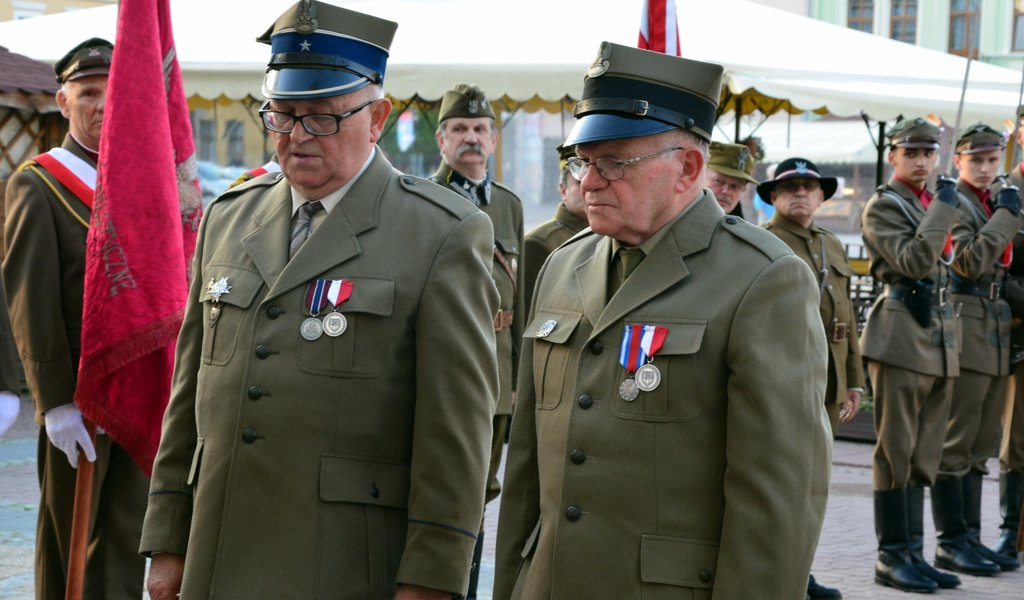 Janusz, the son of Antoni and Janina Żubryd, was just four years old when, in June 1945, the day after his father deserted from the UB (Urząd Bezpieczeństwa - communist secret police), a car with secret policemen inside pulled up to his house in Sanok. The boy and his grandmother who looked after him were arrested for his father abandoning his job.

When news of this reached Żubryd, his unit stormed a citizens’ militia station in Haczów near Brzozów, from which he telephoned the UB station in Sanok, threatening to shoot eight of the militiamen taken hostage, if his son was not immediately released. He also said that if they wanted to fight families “then we can begin today and we will see who stands to gain and who stands to lose.” When he learned that Janusz and his grandmother were released, he set his hostages free.

It wasn’t the only time Żubryd’s son stayed in prison. During the Holy Week of 1946, three Studebakers pulled up to his house loaded with armed soldiers. The order to arrest the almost five-year-old Janusz was given by the head of the Provincial Department of Security in Rzeszow. The boy’s grandmother was arrested for being his guardian and so was his aunt Krystyna Praczyńska, who had come from Krakow to visit her family over the holidays. According to her account, when they were being transported from Sanok to Rzeszow, “the little Janusz Żubryd had been taken to the driver’s cabin by a Russian officer. He sat him on his knees and was heard saying: ‘If your father opens fire, he will shoot you first.’”

The grounds for arresting the little boy were “collaboration with Żubryd’s bandits.” Janusz was detained in the male section and put in one cell with his grandmother, while his aunt was incarcerated with other women. This is what Janusz remembered from his time spent in prison: “the stench of faeces spilling over clogged johns, the taste of sour cherries smuggled into our cell. Sounds of gun fire when people who had just been arrested were brought to prison and prisoners ran to the window to see who was in the transport and at that moment wardens would start shooting from corner to corner of the prison building to make the prisoners move away from the windows.”

After many weeks of trying, the prison’s commandant finally allowed Janusz to ride a scooter in the prison yard.

Major Żubryd’s son was released in November 1946 after spending six months in prison. His parents had been killed a week earlier. By decision of the Department of Security, the boy was sent to a state-run orphanage in Sanok, even though his two grandmothers and other members of his family had the means and the will to bring him up.

Poland was still in the midst of war when Janusz’s mother, Janina Żubryd, and her sister, Stefania Niemiec, promised each other that the one that survived would take care of Janusz. When Stefania, who lived with her husband in Silesia, learned about her sister’s and her nephew’s fate, she decided to get the boy out from the orphanage and take him home. No one knows what methods she used, but they worked. She only mentioned that when she saw Janusz, dressed in patched up clothes, being brought to the room where she was waiting for him, she said: “Januszek, I am your aunt. Do you recognise me?” And when he answered yes, she asked him if he would go with her: “I will, if you give me potatoes,” and he stretched out his hand. Stefania wrapped the boy in a blanket and took him to Silesia by a night train.

The family lived in Zabrze until 1952, and then it moved to Warsaw. An elementary school teacher advised the Niemieces to adopt Janusz, who took their surname. He graduated from the Warsaw University of Technology and worked as an engineer in the Ursus Factory. The Żubryds were never spoken about at home, not even allowed to be mentioned. So Janusz was shocked when he read Łuny w Bieszczadach (Glows in the Bieszczady Mountains), a book written by Jan Gerhard during the Polish People’s Republic, which repeated communist propaganda about Major Żubryd calling him “a bandit, a shady character, a drunken scumbag, a cowardly criminal, a murderer of women and children, a rapist, Rizun and an illiterate blockhead.”

The Provincial Court in Rzeszow rehabilitated Major Antoni Żubryd in June 1994. When an investigation was opened into the murder of the Żubryds, Jerzy Vaulin, a well-known documentary filmmaker in the Polish People’s Republic, came to Janusz Niemec’s apartment in 1997. During his absence, he left a five-page letter addressed “To Son,” in which he wrote: “This letter is written by a man who took your parents’ lives fifty years ago. On 24 October 1997, on the fifty-first anniversary of this tragedy, the possibility, or rather the necessity arose to confess this to you.” The letter was handed over to the prosecutor’s office that was preparing to indite Vaulin for killing Antoni and Janina Żubryd.

Janusz Niemiec met with the murderer face to face in a Krosno courtroom: “On the other side stood a man who had changed my life, who orphaned me and deprived me of my childhood. During the three years of the trial, I looked into the cynical eyes of this killer who claimed that this murder or execution had been one of his greatest combat feats both during the occupation and after liberation. The trial proved beyond doubt, however, that Jerzy Vaulin was a secret police agent actively operating until 1968; that he informed on his collaborators to his superiors and spied on people on orders from Security Department officers he worked for.”

Witness evidence and Forensic Science Institute in Krakow’s expert opinion proved that the defendant’s account of the manslaughter does not hold. In spite of this, the court discontinued the case on the grounds that since the circumstances of the crime inspired by UB organs could not be fully explained, this acts for the benefit of the defendant. Janusz Niemiec met with the killer of his parents for the last time in Sanok in 2008. Asked by Żubryds’ son why he had also killed his mother, Vaulin replied: “Were you indemnified by the State for the death of your parents? If yes, then you should be grateful and thank me.” Hearing this, Niemiec turned away and left.

Jerzy Vaulin died in 2015. Żubryds’ son received PLN 3,800 in damages for his time in prison, where he stayed as a five-year old child. His request for indemnification for moral injury, for being orphaned, and for losing his parents was rejected.

Janusz Niemiec decided not to take his father’s name again: “Since I was five, I was being brought up by my aunt. She is not a stranger, she is not a foster parent, she is my mother’s sister. She brought me up, took care of me, she cured me of tuberculosis, she was at my bedside when I was hospitalised on different occasions. She simply gave me everything. Now they are both dead. It is my way of paying homage to them by keeping the surname Niemiec.” But Janusz’s son, Rafał, who is fascinated by his grandfather, took his surname. The major’s great-grandson is also a Żubryd.