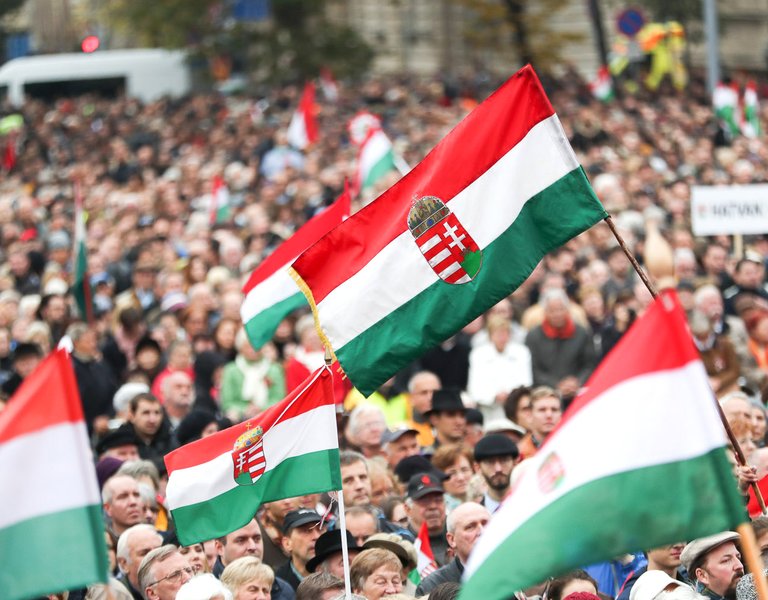 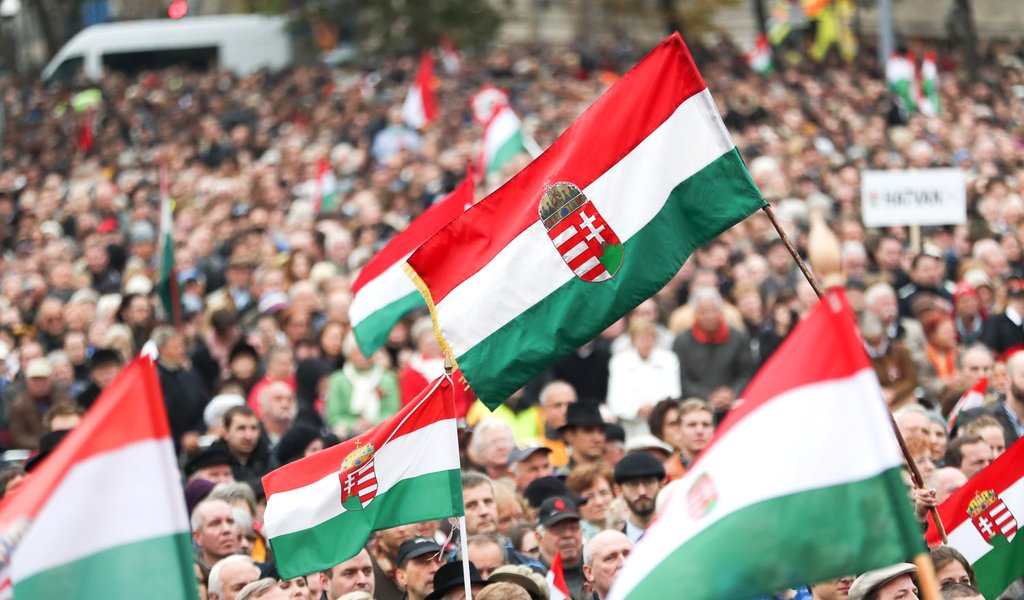 The end of the Népszabadság era

For years, Népszabadság and its journalists have provided “media protection” for Hungarian post-communists. Mediaworks, the majority owner of the daily, claims that the debt generated by the newspaper has reached a total of approx. 16 million euro.

The collapse of the daily Népszabadság – somewhat unfairly compared to Trybuna Ludu, as the role it played in public life before and certainly after 1989 was significantly more important, surprised everyone in Hungary. Both its readers and sympathisers, as well as those who welcomed this development with quiet satisfaction: “It's a pity that my father didn't live to see it.”

Liberty of the people

Népszabadság, meaning “Liberty of the People,” after the suppression of the 1956 uprising, replaced the former communist rag – Szabad Nép (“Free People”), taking over its numbering and, of course, party line as the chief press organ of the Central Committee of the communist MSZMP. For 35 years, it served as the favourite child and propaganda tool of comrade János Kádár, years wielding undivided power in Hungary, appearing with a circulation of 700,000 – 800,000 copies (in a country of 10 million people!) until the end of communism, guarding ideological correctness.

For the Kádár daily, the demise of dictatorial regimes in Central Europe meant the need to remove its slogan: “Workers of the World, Unite!” from its subheading and redirecting its content in a liberal left-wing direction, however, this did not even remotely apply to the need to share the influence within the media market. This happened because privatisation in Hungary began with... the sale of communist newspapers to foreign investors, which took place already in 1989-1990. This way, Népszabadság fell into the hands of a powerful conglomerate – Bertelsmann, which, however, had to commit itself not to make any personnel changes to executive positions in the editor's office of the daily for the next five years.

As a result, Hungarians learned about the pro-democratic changes and the economic transformation, its effects and problems connected with it mainly from the columns of the post-communist press, and in particular from the Népszabadság daily, the circulation of which in the 1990s was larger than all other dailies combined. It also received approx. 80 per cent of advertising revenues.

Without the “media protection” provided by Népszabadság and its, journalists the return of post-communists to power in Hungary would never have taken place so quickly, and certainly not with such leaders, and later prime ministers, as the pacifier of the 1956 uprising, Gyula Horn (1994-1998) or the oligarch Ferenc Gyurcsány, who brought the state to the brink of bankruptcy, much like Greece, in 2009.

The power of Népszabadság, protecting people associated with the communist dictatorship and engaged in open conflict with the right wing, was shaken for the first time in 2006 during street demonstrations at its head office, although ultimately it was public television station MTV, whose seat was even set on fire, that became the main target of attacks.

The change of social attitudes turned out to be so strong then that a challenge to the dictate of post-communist liberal media was issued by businessman Gábor Széles, who began to finance the small information television outlet, limited only to Budapest, HírTV. So much that soon it became one of the most popular television stations in the country. It was also Gábor Széles who bought Magyar Hírlap daily, published by the liberal SzDSz, sharing political power with post-communists, immediately changing the paper's profile by 180 degrees, which caused a sensation in Hungary in no means smaller than the current fall of Népszabadság.

Tuesday afternoon in front of the Népszabadság's head office at Bécsi út 122 in Budapest. There is a fine drizzle, but probably strong enough to effectively discourage demonstrations. In any case, there are more journalists, including foreign ones, than those participating in the “Protest against the closure of our daily by Orbán-dictator” – as I read on one of the banners placed right at the entrance to the building of the editor's office. I ask where this conviction comes from. Orbán has recently been to Vienna and surely teamed up with Heinrich Pecina, owner of the daily, or rather made him an “offer he could not refuse.” Why? “Népszabadság revealed corruption scandals within the government,” I hear from a corpulent brunette, and her friend named Ilona adds that no more than a week ago the daily revealed that the mayor of Budapest's District V, Antall Rogan, from Fidesz, flew with his family to the wedding of a friend by helicopter. “A state one?,” I ask. “No. But where did he get money for it? forint 250,000 for an hour of flight! (approx. 3,000 zloty),” I hear the answers. “There were also other scandals,” an elegant older gentleman joins in the conversation, “but Orbán mainly cares about suppressing democracy.” After a brief exchange of views, I ask with whom I have the pleasure. The interlocutor refuses to give his name, revealing only that throughout his life he had faithfully served his country and the citizens in court.

Mediaworks the majority owner of the Népszabadság daily and 13 regional newspapers, still appearing in print, and several nationwide magazines dedicated to sport and motorisation, contacts journalists only in the form of issued statements which show that since 2008 the economic situation of the daily has been steadily deteriorating. Reduction in the edition size by more than half, redundancies, cuts in salaries of all its employees made twice have changed very little in the process of constant generation of debt, which eventually grew to the sum of approx. 16 million euro, which is “adversely affecting the condition of the entire company.” Mediaworks does not explain the reasons for closing the newspaper “overnight,” but one can guess that it wanted to avoid any risk of a sit-in strike in the editor's office. Hence, the use of the move from building to building, packing all the things of the editors in boxes by themselves and then giving them notices by courier at the weekend.

I cannot help it, but standing in the drizzling rain in the small square in front of the head office not-office of Népszabadság it crossed my mind whether newspapers in Austria are closed down in a similar fashion.

The fall of Népszabadság is undoubtedly a symbolic end of an era. Especially that everything is happening in October when actions commemorating the upraising and the insurgents of 1956 are held in Hungary and around the world, including in Poland. In fact, during the last round anniversary still with the participation of its fighters and participants of the wave of refugees, the largest in history of Hungary, 200,000 of whom left the country as a consequence of the fall of the uprising.

The answer to the question of whether the end of Népszabadság means any limitation of media pluralism in Hungary, or even its absence, can be affirmative only in the case of people having problems with the basic principles of logic and mathematics. Even though after the fall of Népszabadság the advantage of the right wing in daily press will become even more visible, it is enough to take the Magyar Nemzet daily to see that rightism does not necessarily mean lawfulness, often it is quite the contrary. The market of weeklies will continue to be ruled by the left-wing liberal HVG, similarly to RTL in the case of television stations, which is as pro-government as currently TVN in Poland.

The result of the referendum?

The reason for the sharp, sometimes even hysterical reaction of a large part of the Hungarian opposition and its allies to the closure of Népszabadság in fact lies elsewhere. It is a shock reaction to the announcement of the results of the recent referendum on the EU mechanism of forced relocation of immigrants in EU countries. Because 50 per cent of those eligible to vote did not go to the polls, despite 98 per cent of votes “against” the referendum, it turned out to be invalid, which some people – especially abroad, including in Poland – took as a failure of Viktor Orbán and his party Fidesz. And on this occasion hardly anyone took more trouble to compare how many Hungarians actually voted in accordance with the appeal of Viktor Orbán, and how many echoed the appeals of both the post-communist opposition and the opposition in favour of the radically right-wing Jobbik, which for many weeks has been “bending over backwards intellectually” in different ways only not to support the position of the government: from calling for a boycott, casting a vote “for” and “against” at the same time, to appeals for uncompromising vote of no confidence in the policy of Orbán's government by “yes” in the referendum.

On 2 October this 3,310,000 Hungarians voted “yes,” as Viktor Orbán and his Fidesz asked them to. A million more citizens cast their vote for this party in the last parliamentary elections. And now a rhetorical question. How many citizens out of this million will forget about the government's position and the behaviour of the opposition during the referendum? Especially if it is reminded of every terrorist bombing, rape or any other criminal act involving immigrants, committed even not necessarily in Hungary.