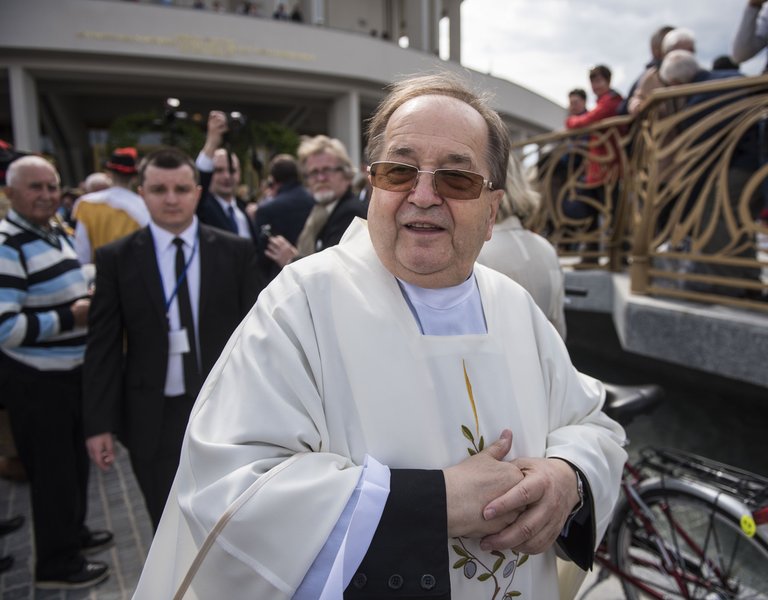 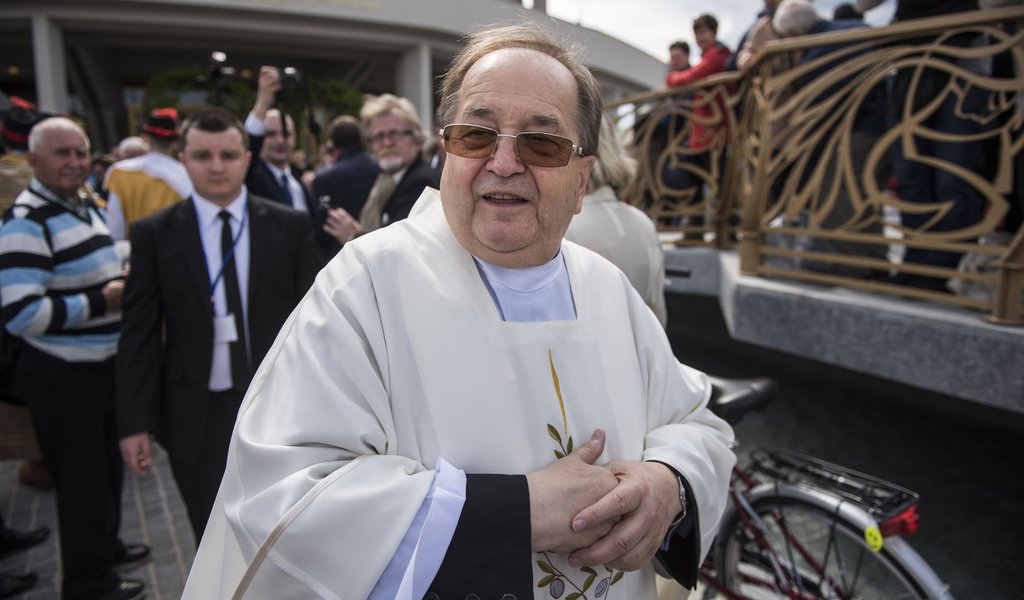 Father Tadeusz Rydzyk is a living embodiment of the type of a priest and monk promoted by Pope Francis. He reaches out to those that have been excluded, gets engaged in new evangelisation and kicks up a ruckus in defence of a good cause if necessary.

If we were to look for a Polish priest or monk who almost perfectly fits the description of an evangeliser, priest or monk as understood by the Pope—obviously within Poland’s cultural and religious framework— then it would be Father Tadeusz Rydzyk. And even though this proposition will come across as absurd, perhaps even scandalous, insulting (depending on the attitudes and sympathies towards Pope Francis or the Father Director), or even unorthodox (journalistically, not theologically speaking) to nearly all sides of the Polish debate on the Church and politics, it is nevertheless—and I know I’m being immodest—accurate. The Redemptorist monk from Torun does evangelise, and uses modern means; he draws on the tradition of folk Catholicism; builds areas of support for the most excluded and, finally, kicks up a ruckus. In a short: he stays faithful to what the current Pope calls on priests, monks and more broadly all Christians to do.

The star of the new evangelisation

All it takes is a quick look at celebrations consecrating a new church in Torun in order to understand this. It is no coincidence that the Blessed Virgin Mary, the Star of the New Evangelisation, is the patron saint of the sanctuary alongside St John Paul II. Nor is it an attempt at making nice to the mainstream Church, which so often brings up the new evangelisation. It is, above all, a manifestation of Father Rydzyk’s deepest beliefs and plans. Radio Maryja, like his subsequent initiatives, has always served the same purpose: new evangelisation, winning people over to faith and God. In the early 1990s, when Radio Maryja was being set up, this was exactly the goal that guided him. Spreading the Gospel to where it had not been heard.

And it just takes listening to the radio’s programmes, if just for a few days, to discover that this is the place where all of this takes place. The Rosary and the Chaplet, Bible studies, catechesis for spouses: all of this has been the backbone of the Torun-based radio’s broadcasts. And its special power is that its listeners, often confined to silence and solitude at their homes, can not only find a community on the air but also get things off their chests, meet others, and be heard. That has always attracted the audience; it makes people not only want to listen to Radio Maryja but also offer donations for new initiatives endorsed by Father Rydzyk: a TV station, a university and, most recently, a sanctuary.

Yet, the Father Director’s new evangelisation is distinctly Polish, to the point of being almost unbearably old Polish gentry-like, at times coarse and hardly observant of Puritan morals, focused instead on the ornate form and less on the content. Sometimes when you listen to Father Rydzyk’s talk shows (and maybe that’s even more the case with some of the guests of “Unfinished Conversations”), the images of the shaven heads of the gentry come to mind, conducting heated night-time debates at local conventions or in the election fields. The politics of such conventions easily (but sometimes radically) merge with religion, as does evangelisation in word with the economy or Polish tolerance with the scolding or mocking of heretics. That might be jarring for the aesthetes who find the old-Polish gentry mindset repulsive and who instead of the lively popular religiousness opt for highbrow essays by (preferably German) intellectuals, but this is what makes ordinary Poles want to listen, even though a comment every so often infuriates them (or makes them want to hit someone with a club). But the Gospel in its distinctly Polish flavour permeates all these emotions and talk and stays with the listeners.

Reaching out to the excluded

Focusing on the most excluded people in society is also exceedingly Polish but at the same time strictly connected to Pope Francis’s ministry. From the very start, Radio Maryja and its founder reached out to those who were excluded from building the Third Polish Republic. On the one hand, this group included the elderly, those unable to adapt to Mr Balcerowicz’s capitalism, on the other—strict Catholics for whom the Catholicism presented for years in “Noah’s Arc,” a religious column in Gazeta Wyborcza, was definitely not to their liking. There was no shortage of people among his audience who thought that liberal democracy is not the only acceptable model of government, although this was considered as outrageous heresy for many years.

The community of the excluded, built and uplifted over the years by Father Tadeusz Rydzyk, was not purely virtual. The radio station offered quite tangible help to people who wouldn’t have received it from anywhere else. Those better off—in the spirit of papal encyclical letters— financially supported the poorer ones, and those in poverty shared what they had with those in the direst need. Solidarity in and around Radio Maryja was not just a lofty and ever-present word, but also a genuine attitude thanks to which many people received gifts they had not even dared to dream of. The Redemp­torist from Torun was able to inspire his listeners to share, an attitude that had been undermined by communism for decades. In effect, all of his projects have been financed from the contributions of the faithful, who often feel the pinch of poverty themselves.

Through such behaviour Father Ta­deusz Rydzyk was (and is) thoroughly Polish. Just like his predecessors—priests who built the popular, national and social grass root movement—the Redemptorist from Torun has never refrained from harsh words, condemning, in the name of the Gospel, those who disagreed with him (or rather: with his understanding of the Gospel). Like them, he turned to the disadvantaged and offered them a social Gospel which asserted that a state which writes off a social group loses its moral ground. And just like them he could not only rally activists around him but also raise the anger of those he criticised, which in Poland’s case consisted of a group that wielded long-time power in shaping opinion. This is why Gazeta Wy­borcza and its offshoots have for years tried to tarnish the reputation of Father Tadeusz Rydzyk, who would be invariably depicted as the biggest threat to Poland’s democracy and Catholicism. And he wasn’t alone in that, either, since before the war the same ideological circles were badmouthing… St Maksymilian Maria Kolbe.

Just for our time

As a matter of fact, the mention of St. Maksymilian is deliberate. Father Tadeusz Rydzyk is in a way  the successor of his mission. Already in the 1920s the heroic Franciscan claimed that the Church was losing the battle for hearts and minds in the media and, he said, to start winning it again, people had to be given a real choice, which meant they had to be given, besides the mass liberal and Masonic media, the mass, sometimes, tabloid, Catholic media. The Torun Redemptorist reached the same conclusion half a century later and set up a radio station that was to be (and for a long time was) an antidote to the neolibe­ral and leftist message that was circulated by nearly all other media outlets. Later on, again following in St Maksy­milian’s footsteps (who started from a monthly only to add a daily, a network of monasteries and a minor seminary on the way), he also established Trwam TV, a university and a new sanctuary, which may soon become a new Niepokolanow on Poland’s pilgrimage map.

Looking for the sources and models of Father Ta­deusz Rydzyk’s pastoral and evangelical commitment (and success), we need not only stick to Poland. The monk from Torun draws on a handful (perhaps not always consciously, sometimes just by sharing their world view of American and Latin American examples: both Catholic (for instance, the late Mother Angelica’s EWTN cable network) and Protestant (the immensely strong phenomenon of American TV evangelists). Just like him, they also built strong, outspoken media that is financed mostly by viewer contributions; their political message is often very controversial because it doesn’t kowtow to the liberal establishment, while the viewers—even if their community with a charismatic leader is a virtual one—are capable of getting involved in quite concrete work: universities, churches, and even charity institutions. And Father Tadeusz has taken the same path, only in a slightly different cultural setting. And the outrage he’s been causing in the liberal media only proves his path is right and his mission is being really fulfilled. The new Sanctuary of the Blessed Virgin Mary, Star of the New Evangelisation, and St John Paul II, is the latest sign of this. 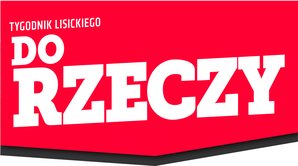