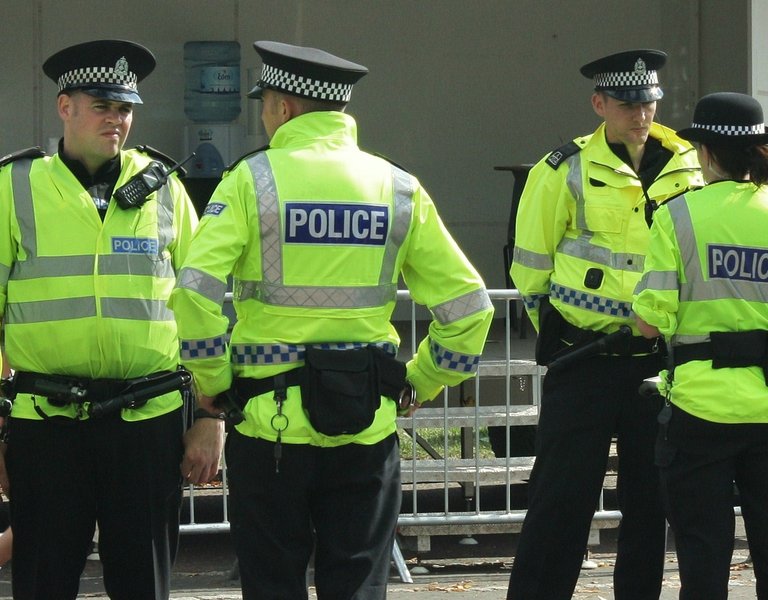 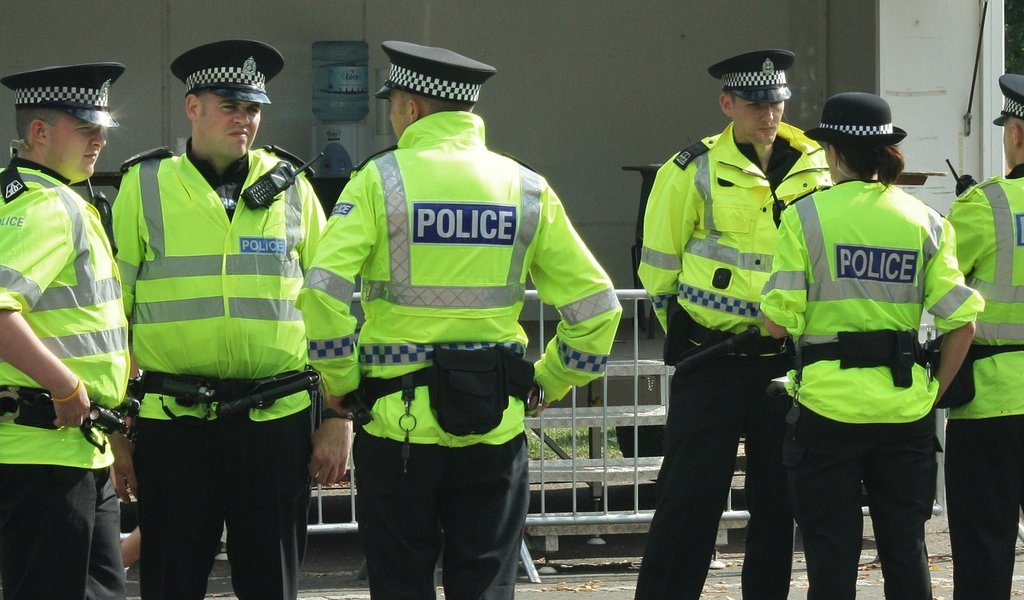 The murder of a Pole in Harlow – what next?

It has become one of the most prominent “hate crimes” to take place in Great Britain in recent years. One week ago in the town of Harlow in the south-eastern county of Essex, a group of young thugs beat to death the Pole Arek Jóżwik.

A second Pole sustained serious injures to his body and had to be hospitalised. The Polish Ambassador Arkady Rzegocki, the consul as well as the Conservative MP representing the Harlow constituency were quick to arrive at the scene. Six people were taken into custody but were, surpisingly, released on bail and Harlow police said that a hate crime motive was only one of several motives being considered. Of course this was not because this is what they actually thought but because 1) they were afraid of being accused of negligence, young gangs of thugs have roamed the streets for a long time already, and 2) political correctness demands that they conceal hate crimes, as they serve to diminish Great Britain’s reputation as a multi-ethnic country that is open and tolerant.

We already know that in recent months there have been 16 reported incidents of racism targeted against Poles, with four of these incidents receiving a lot of attention. The first, consisting of chauvinistic graffiti sprayed on the Polish Cultural Centre in London, the second in Huntingdon, where anti-Polish flyers were distributed, the third in Plymouth, where a garden shed was set on fire and threatening letters were sent, and the fourth, tragic, incident being the fatal attack on an innocent man in Harlow.

All of these incidents took place in the south-east of England, where the biggest clusters of Poles are located, over the past two months – that is since the referendum, which suggests that the situation has been escalating. Polish Foreign Minister Witold Waszczykowski discussed the issue with his British counterpart Boris Johnson a week ago in Potsdam and then again during Johnson’s visit to Warsaw. “I was assured that the British government is doing everything in its power to protect Poles, and other foreigners living in Great Britain, from racist and xenophobic attacks,” Waszczykowski said during a press conference after the meeting. The Polish ambassador placed flowers at the scene of the crime and met with the family of Arek Jóżwik. The consulate is also in contact with the families of the victims and the police in Harlow. But this is just the beginning of the measures taken to protect Poles from British gangs and xenophobes.

Here is some information that could prove to be helpful during negotiations with our British partners. First, these young thugs are a product of the welfare state, residents of council flats, they come from families who have been claiming benefits for three generations. They see immigrants as their rivals. Most of them leave school at 16 and then apply for benefits and the right to a council flat. It was only recently that David Cameron’s government shone light on the issue and started to take action. Meanwhile, young thugs with too much time on their hands and high levels of testosterone terrorise British towns. Another issue at the heart of the problem is the long-standing anti-immigrant aggression spewed by tabloids, which serves to escalate the levels of hate. Sadly, one has to admit that these are largely right-wing publications, such as the Daily Mail or the Rupert Murdoch-owned The Sun newspaper. The very liberal left-wing press is very open to immigrants, especially those from outside Europe. Serious broadsheets, from both sides of the ideological spectrum, show more restraint.

Also not free of blame are British politicians such as David Cameron as well as recently the “faces of Brexit”, Boris Johnson and Nigel Farage. In a way, the aggression started to escalate back in 2004. The tabloids documented every single incident that put immigrants in a bad light. They claimed that immigrants are stealing jobs from native British people – which was not true – and that they are draining the state budget, claiming benefits and not paying taxes. Two years later we protested against comments made by Cameron in a speech – he tried to unite the “hard-line conservatives” in the government, the party and the electorate – where he spoke of an immigration Armageddon driven by Poles. It was an unfortunate speech that went against the very British notion of fair play.  However, although they were off the mark, the words spoken by the prime minister resonated strongly with the tabloid newspapers – and with their readers. It gave them the green light to voice their objections against immigrants, to “demonstrate social justice”.

This was followed by a brutal campaign in the lead-up to the referendum by – and I’m not afraid the use this term – the nationalist Nigel Farage as well as Boris Johnson, who also doesn’t mince his words. The populist slogans about “immigrants emptying state pockets” and pointing to the worsening conditions of public services, the NHS, education, public security were all well received. This last argument is indeed accurate, however it was unjust to place the blame on Poles. And although Cameron himself publically apologised to Poles following the first racist incident involving the attack on the Cultural Centre in Hammersmith, it was too little, too late. The damage had already been done, the hooligan excesses had started to become more frequent and more serious. The situation had escalated.

What should be done to stop this dangerous trend or phenomenon, whatever we choose to call these tragic incidents? Poland’s MFA is not hiding its head in the sand. Talks have already taken place between prime ministers Beata Szydlo and Theresa May, between Witold Waszczykowski and his British counterpart Boris Johnson in Potsdam and Warsaw, and Morawiecki has held meetings in London with the Treasury Secretary Philip Hammond and International Trade Secretary Liam Fox. Looking to the future, a greater activation of Poles in Great Britain needs to take place. Letters need to be sent to British newspapers, visits should be paid to local MPs constituency offices, pressure should be put on the police to call the disgraceful attacks for what really are and not offer bail to violent thugs. Events should be organised, such as marches, street demonstrations, seminars and conferences as well as events on university campuses, many of which have large numbers of Polish students. And which arguments should be used in this process?

A step in the right direction was made, paradoxically, by influential BBC correspondent Andrew Marr whose opinion article in “The Times” thanked Poland for providing “the young, talented people who have come to the United Kingdom”, stressing that we are an “honest and hard-working nation”. Of course, first of all we should focus our efforts on doing everything so that these “young and talented people” return to Poland, but at stake here is improving our reputation in Great Britain. That is why we should keep repeating that Poles work hard, most often pay taxes and have helped reinvigorate the British economy after the 2009 crisis. And not only Poles, but also people coming from outside of Europe, not knowing any English, without qualifications and a willingness to work, are draining the social budget.

The British are pragmatic people, that is why more effort should be made in pointing to Poland’s position as a regional leader, the current president of the Visegrad Group, an active member of the Weimar Triangle as well as a partner in future reforms of the European Union – not to forget that it also one of only a handful countries with strong trans-Atlantic ties. Great Britain should keep in mind that it won’t find a better partner in anti-American Europe.

I am also in favour of drawing on historical arguments – as Prof. Norman Davies and recently Andrew Marr have done in the past. One should remind people of the heroic acts by Polish pilots – every eighth RAF pilot was a Pole – in the Battle of Britain, which helped secure victory for Great Britain. Or the role played by Anders’ Army in battles fought in North Africa, Italy and France. The Polish immigration waves to Great Britain didn’t start in 2004, but rather in 1945 when many battle-hardened Polish soldiers came over to not a very warm reception. Tehran, Yalta, removing recognition of the Polish government in exile, all of this took place. I had the honour and pleasure to be friends with Jadwiga Składkowska, the general’s wife, and I know what life looked like for government and diplomatic circles in London. This is not how you treat an ally.

Pragmatism is one thing but the British have their own “dark interpretation of the national consciousness”, which explains the policies of the government. For example, sweeping under the carpet the problem of non-European immigrants, most of whom come from Britain’s former colonies. It is not only political correctness that makes them bite their tongue, tolerating increased crime waves, the growing burden on the state budget and violations of national law. We understand the psychological and moral underpinnings of such views – a sense of guilt for colonializing half the world for over 400 years. For creating a territorial and economic powerbase, enjoying great prestige and wealth, as well as a inflated national ego, at the cost of others. Indeed, we understand the problems that Britain faces, but we expect its action to be based on statistics and hard facts that are in line with the British concept of fair play.

Therefore, looking ahead, let us not forget about history and let us be driven by pragmatism, with an appreciation of deep-rooted British complexes, myths and prejudice. Secondly, it won’t do any harm to flag issues that the negotiators are keen to keep quiet about.