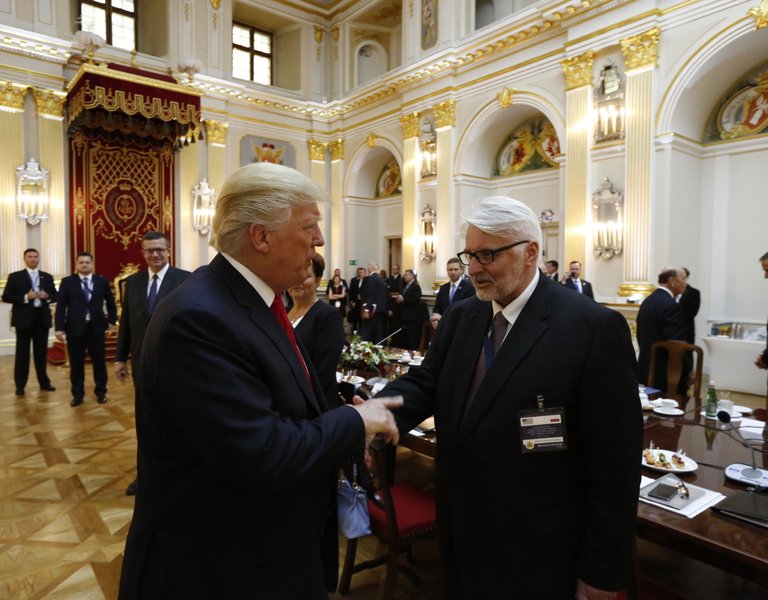 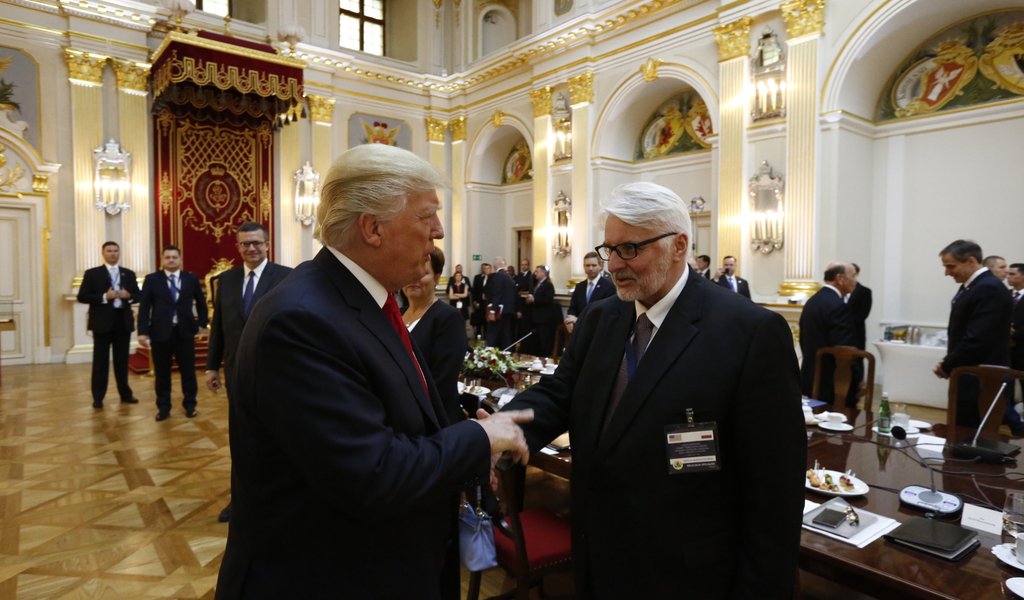 US President Donald Trump has been well prepared for his talks with Russian President Vladimir Putin, the Polish foreign minister has said following Trump's Thursday meetings in Warsaw.

The foreign minister commented to PAP on President Trump’s visit to Warsaw, which included a meeting with President Andrzej Duda and a speech delivered at Krasinski Square.

In Waszczykowski’s opinion, the talks between the two delegations with the participation of President Duda and President Trump were “business-like.” According to Waszczykowski, the talks focused on cooperation in the defence industry and the procurement of armaments. He said “the intentions behind part of these procurements were reaffirmed.” We have plans for more procurement and we have received very interesting offers from the US side,” he declared.

The top Polish diplomat assessed that the talks in Warsaw have created a political climate needed to sign a contract for the delivery of liquefied gas from the US to Poland. “We have to go from here. So far we have created a good climate, a good political atmosphere. Now we have to sit down with a different economic team,” he said.

Waszczykowski suggested that “maybe the gas contract will be part of a bigger package.” “We are talking about possible procurement of US military equipment, about possible US participation in infrastructure, road, rail, and other projects and companies that can operate here. Perhaps a wider package will be put in place with the gas contract being one of its elements,” said the minister.

The purchase of gas would result “in us finally getting gas from a reliable source,” said the minister. “Anyway, President Trump publicly admitted that Poland would not have to be hostage to political conditions,” he noted. “So now we await a commercial offer,” he declared.

In the opinion of the MFA head, around President Trump’s speech at Krasinski Square there were many unnecessary “conjectures, curiosity, confusion, and suspicion that it will lead to divisions in Europe.”

Assessing the speech delivered by Trump, who devoted a lot of attention to the Warsaw Uprising, the minister underscored that “he listened with great admiration to huge amount of knowledge about Poland’s history.” According to Waszczykowski, the historical element was strongly and aptly emphasized. “After all, we have been seeking this interpretation of history for many years” he stressed.

“I assume that, of course, someone helped the President to write this speech, but the President has learned a lot in the course of its preparation and writing and – what is important – he presented the right interpretation of Poland’s history to Poles but also to the world, because his speech was heard by the whole world, which waited with interest to hear what the US president has to say during his first bilateral trip to Europe,” said Waszczykowski.

“Finally sceptics and those who doubted heard him mention Art. 5, and commitments towards NATO, towards allies,” he said.

The minister was also asked about Trump’s remarks during his joint press conference with President Duda in Warsaw on Thursday. The US leader said that “guarantees” concerning the presence of US troops in Poland were not discussed. “I think that there has been a misunderstanding, because the journalist who asked this question had in mind exactly what he had discussed about the presence of troops, bur he used the word ‘guarantees’. In diplomatic language, guarantees mean guarantees provided by treaties. We are not negotiating guarantees in treaties, because we have such guarantees, they are in the Washington Treaty,” said Waszczykowski.

In his opinion, the president told journalists in precise language that guarantees under treaties were not discussed, but the presence of troops was discussed. “We heard pledges that they will be here as long as the threat exists and this was later repeated in his public speech,” remarked the MFA head.

According to the minister, a very important element of Trump’s speech was “his presentation, without political correctness, what our problems are at the moment.” “The lack of will and the lack of willingness to defend the Western civilisation, the values that hold dear. This was a message to the world outside of Poland,” said Waszczykowski.

In his assessment, President Trump in his speech at Krasiński Square presented “a natural view” of relations with Russia. He went on to say that the US leader in Warsaw “urged to protect our borders and values” while at the same time “making an offer of dialogue to Russia.”

Waszczykowski stressed that practically every former US president tried to establish cooperation with Moscow. “During the NATO summit in Warsaw last year, we also decided about defence, deterrence, but also about the need for dialogue with Russia,” said the chief of diplomacy.

“We are defending ourselves, we want security, but we are extending our hand to Russia, we want dialogue, we want to resolve issues on which where we differ through dialogue. This is a natural view, one that we have expected. After all, no one wants to wage a war with Russia, especially a country like Poland, which is situated so close to Russia, close to raw resources market and a huge market where we could sell our products,” he underlined.

The minister said that “there still is no comprehensive US policy towards Ukraine and this conflict.” “But some steps have been taken on the path to becoming involved,” opined the minister.

He recalled that President Petro Poroshenko recently paid a visit to Washington and talked with Trump about the Ukrainian-Russian conflict.