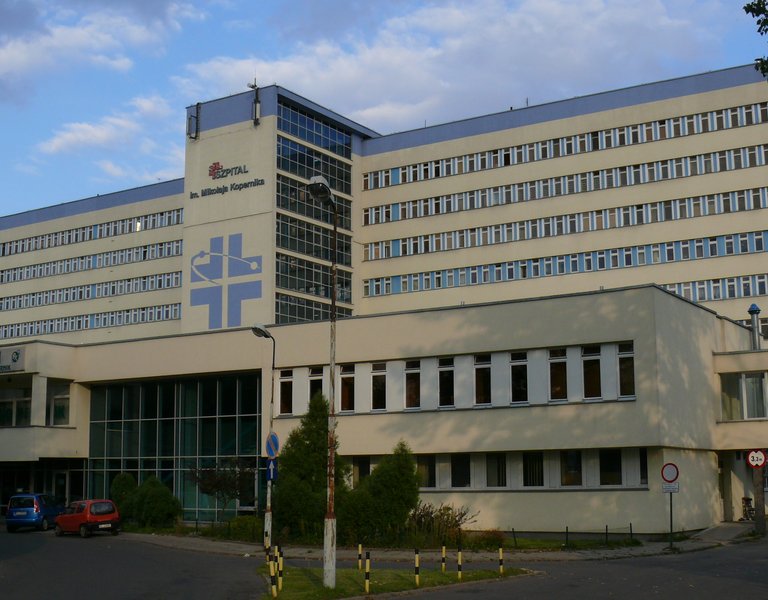 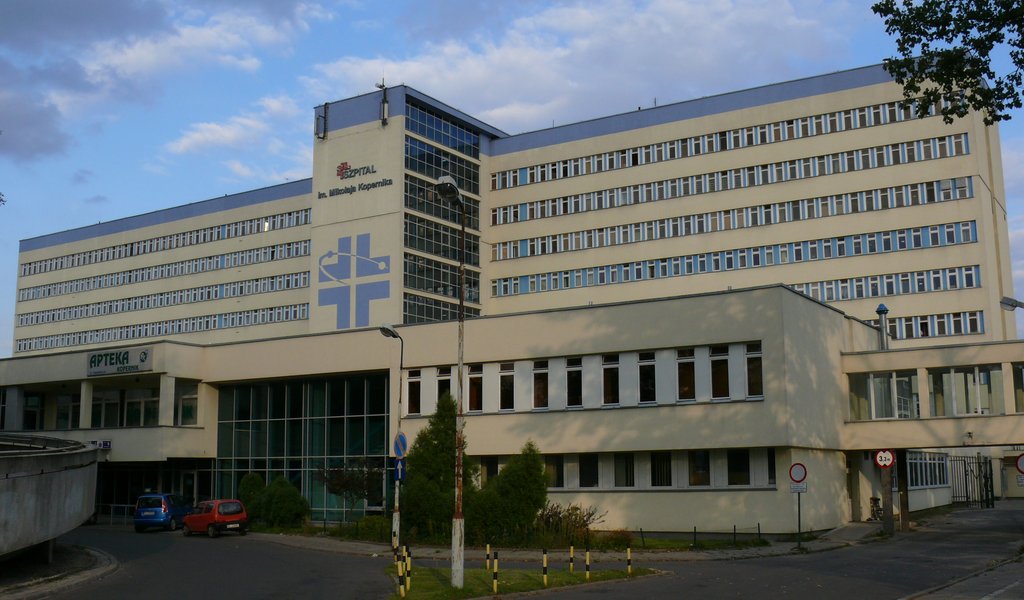 He is fifteen years old and weighs fifteen kilograms. This is a great achievement. Not so long ago, he was dying from hunger.

The chair is soft, and apparently comfortable. Andrei sits deep in it, with his legs curled up. Just like a bird in a nest. “Like a bird that cannot fly. His legs are like a stork's legs. Thin, long, with large feet,” says Karolina, the nurse who is taking care of Andrei today, while hovering over him. And wipes his mouth with a white towel. They are getting to know each other: the boy and the nurse. Andrei has been living in the Łódź-based Gajusz Foundation, at the full-time hospice for children, for three days. He was brought here from an Ukrainian orphanage. Where he did his best not to die.

Urszula Pacześniak is a doctor who works at the neonatology ward at the Polish Mother Hospital in Łódź. She is also a volunteer with the Świt Życia Foundation.

The organisation takes care of children affected by leprosy far away in India. As well as children affected by poverty and disabilities closer to home, in Ukraine... “I met Andrei three years ago. I went to Ukraine, to my cousin who was volunteering at an orphanage in Załucze. A moving experience: 130 children, most of them with disabilities, living in what was considered to be quite good conditions – for Ukraine. For us –it was shocking. They get a little bit of food, some medication, and they have a roof over their heads. In Ukraine, it is common practice for disabled children to land in care facilities...

In Załucze, compared with other orphanages, it is not that bad. But the children are looking for care and affection. There is not enough rehabilitation, medical care is subpar. Children suffer from various diseases, malformations, sometimes there is no contact to them – they are sometimes seen as an excessive burden. As if they simply waited to go away, left to fend for themselves.

Andrei was one of them. “He was 13 at the time, he weighed 13 kilograms. They told us that a year go he was moving around and communicating. But with each passing day his condition got worse and worse. And he lost weight. Because he kept on vomiting.” At around the same time Malgorzata Stolarska came to Załucze. Małgorzata is a doctor whose day-to-day workplace is a children’s oncology ward and the Gajusz Foundation, at a hospice for children. “The Załucze orphanage is one of about 70 similar ones in Ukraine. Until a Polish parish from Zabłotowo took care of it, nobody even wanted to bury them with dignity. They simply buried the small bodies at the cemetery’s fence. Without a cross, without a prayer, without any way of commemorating them. Polish priests changed it. They got in touch with a Dutch foundation, which started to renovate the orphanage and introduced a little bit of civilization in how the children are treated. Later, volunteers from Poland started to arrive, which included medicine students, a mission group from the Saint Theresa Church in Łódź.

In theory, there is an Ukrainian doctor with the children at all times. In practice, when doctor Stolarska arrived on the spot, she saw untended, not examined children, and it was the Poles who started to diagnose them. “Andrei made the strongest impression on us. I saw him sitting on a bed for infants, with his hands tied with a nappy, and swaying. His hands were tied, because he put his fingers into his mouth, provoking vomiting...”

And because of all this vomiting, he was always hungry. And he lost more and more weight. So we started with some basic blood tests, the result: anaemia. We gave him some medication, nutrition, blindly. We forced the Ukrainian caretakers to pay more attention to him. For a short while it seemed that Andrei’s condition is becoming stable, better. However, when Poles went to the orphanage in the spring, they had no doubts: Andrei would die if he was not examined professionally, and if he does not receive immediate treatment. He was actually slowly dying. However, nobody wanted to diagnose him in Ukraine.

The volunteers from both foundations: Gajusz and Świt Życia joined forces and decided to take Andrei to Poland! As soon as possible. “This ASAP lasted half a year, because we had to deal with a lot of red tape, to obtain documents, obtain a permit for Andrei’s mother (she is sick herself, she has not taken care of him for 11 years), who is formally his caretaker,” says doctor Stolarska. Urszula Pacześniak adds that transportation of the boy to Poland was divided into two trips: to the border and from the border. He was taken to the border by Ukrainian volunteers. From the border to Łódź – by Polish volunteers, including Urszula.

In Poland, Andrei kept vomiting, while still being very hungry and very thin. He was taken to a paediatric ward, a lot of tests were performed. And... nothing wrong was detected. The fears and the suspicion of a serious somatic illness were not proven to be true. So, where does the vomiting come from? The doctors installed a probe in Andrei’s stomach, to nourish him with mixes that are high in calories. So that he could... live.

The shy and quiet Andrei started to change with each passing day. When the volunteers, the nurses, and the doctors started to spend time with him and pay attention to him, the child started to open up. And so did his blue eyes, with more care and more attention. And it turned out that it was the serious case of hospitalisation, lack of interest and any form of warmth that was the reason for his dramatic and chronic vomiting, for his permanent anxiety and fear. All he needed was a few days in Poland, and Andrei started to look around, speak, point to things, show interest in colourful toys. And, most importantly for his malnourished body – the vomiting eased. Feeding him straight to the stomach proved effective: since his arrival to Poland, that is in less than a month, Andrei gained two kilograms. Two kilograms to life.

After his stay in hospital, Andrei came to live in a full-time hospice run by the Gajusz Foundation. Scared at first, he moaned and cried. Whenever he was hugged by his nurse, he quickly calmed down. “Now, after a few days, he is even singing, in a way. He likes music, he is happy when he hears the radio. When we turn off the radio, he mutters something,” says the nurse, Karolina, swaying Andrei in the cart. Because Andrei likes being swayed, slowly but rhythmically.

He also likes being caressed and having his short hair stroked. He follows the caretaker with his eyes, and smiles. He has probably not smiled to anyone in a long time. “We do not know what is the degree of his disability. Whether it is his celebral palsy that is so strong, or perhaps the child is simply extremely untended,” says the nurse. “Andrei has no muscle spasms, involuntary movements, he sits on his own on the bed, gives you his rake-thin hand to hold. At some point in his life he must have been very neglected...

But Andrei seems to be tired of the interest and the attention paid to him. He starts to moan, cries a little, without tears. A drip with his dinner, transparent, like water, but high in calories – like life, drops slowly in a rhythm. But Andrei keeps moaning. The nurse takes him out of the cart. She picks him up. Andrei hugs her, trustingly. And is quiet again. He feels good.  “Slowly, slowly. He must get better. We must first nourish him, and then we will start the rehabilitation, stimulation,” the nurse says optimistically. And Andrei, happy, touches her black hair carefully. As if it was the first time in his life. Or the first time since infancy. With his mother...

“Oh, you could be a piano player. You have such beautiful and long fingers,” the nurse strokes Andrei’s hands. Leather-thin. Bone-white.

Andrei has a visa that is valid for one year. He can stay in Poland for this long, legally. He is not insured, so the costs of his stay, treatment, and rehabilitation are being paid by Gajusz and Świt Życia. What next?

“The fact that he did not die of exhaustion, hunger, or pneumonia was a miracle and proves that he had an incredible will to live,” says doctor Stolarska, with certainty. “When we brought him here to Poland, we were almost certain that his exhaustion has somatic reasons. That we will treat him and that he would be able to go back to Ukraine safely. It turned out that his condition is mental in nature. One thing is certain: if Andrei has to go back, it will be a trauma. And a death sentence. Someone must be with him at all times, and there is no way that it will be possible in Załucze.

“We will do everything we can so that he can stay in Poland,” says Urszula Pacześniak, decidedly. “We must succeed!”

Andrei wakes up. Smiles a little. Food, dripping straight to his stomach, must surely improve his mood. And the warm hands of his nurse... “And so it is. A few calories more, a lot more attention. And the children are in heaven,” says doctor Stolarska.

Andrei follows his nurse with his blue eyes. And slowly stretches out his rake-thin long legs. Safe. 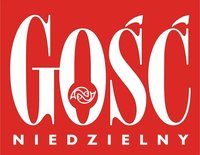