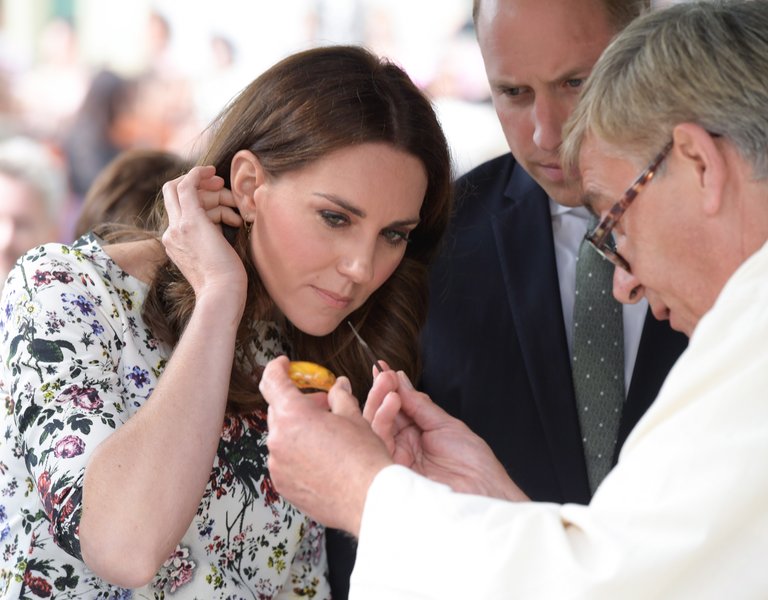 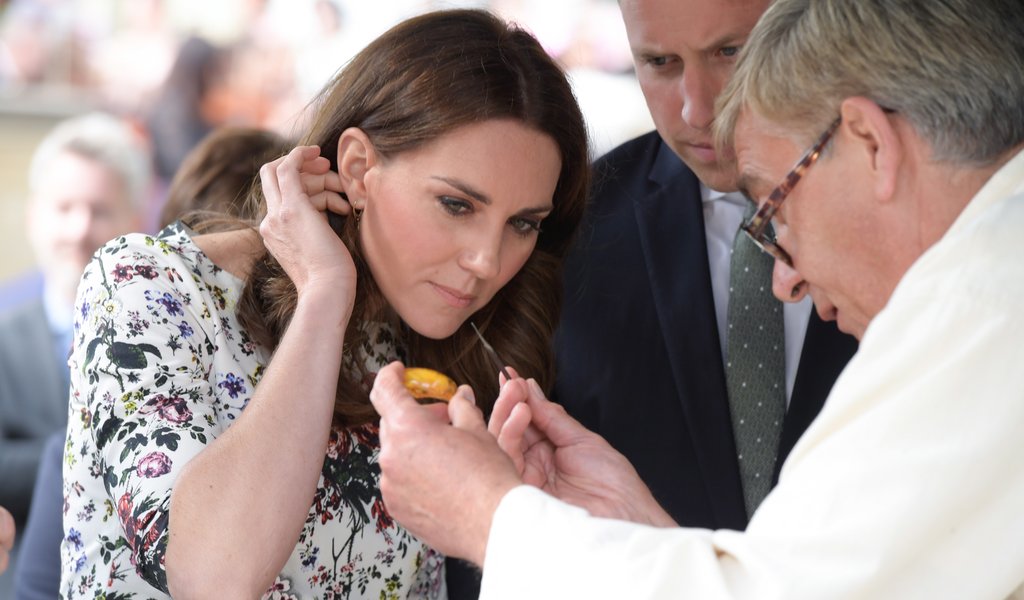 Handmade amber jewellery using stones from the Baltic Sea has been given to Britain's Prince William and his wife Kate during a trip to Gdańsk, on Tuesday.

The amber jewellery was the only gift given to the pair during their three-day tour of Poland, which ends on Wednesday morning.

Cufflinks for Prince William, designed by art professor Sławomir Fijalkowski of the S&A Jewellery Design company in Gdańsk, were made using sterling silver and cherry-coloured amber, while a necklace for his wife featured 14-carat-gold pieces and an opaque stone, a spokeswoman for the jeweller said.

The gifts were presented to the Duke and Duchess of Cambridge at Arthur’s Court in Gdańsk, a former merchants’ meeting place named after Britain’s legendary mediaeval King Arthur.