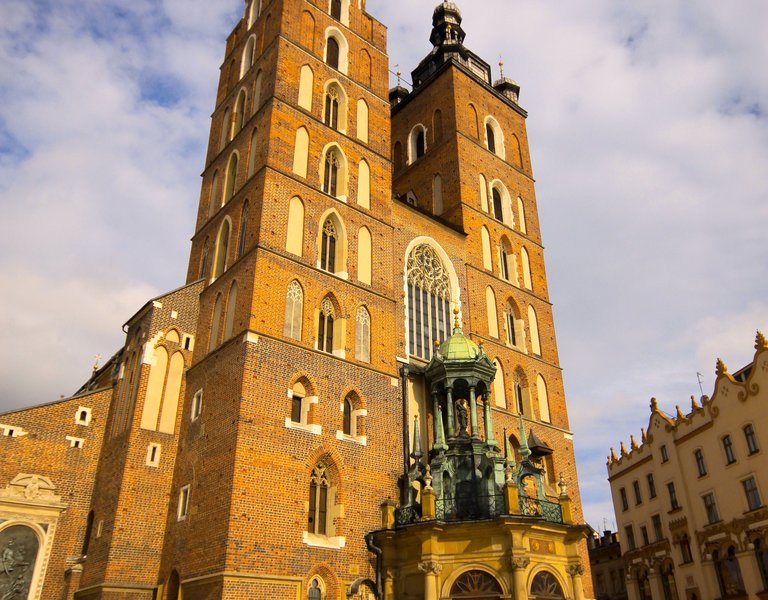 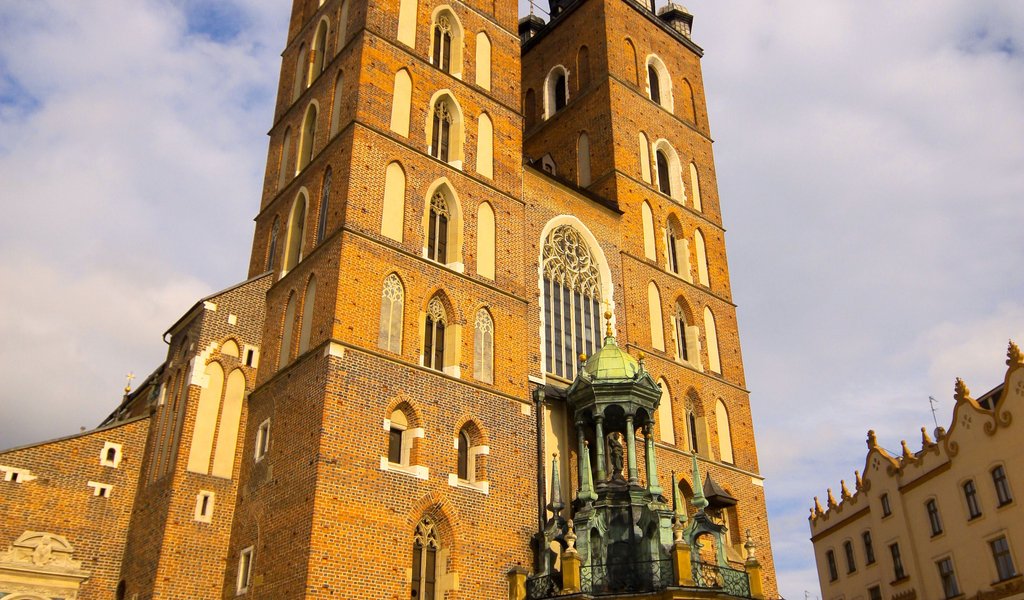 “The entire Church will come together in Krakow in late July,” Dorota Abdelmoula, World Youth Day WYD spokeswoman, tells Poland.pl. She adds that Poland’s families will welcome a quarter of a million World Youth Day pilgrims.

Poland.pl: Is hosting World Youth Day, an event conceived by the Polish Pope John Paul II, a great achievement for Poland, or is it also a challenge?

Dorota Abdelmoula, WYD spokeswoman: It’s not so much an achievement but rather a gift for Poland. It’s a great festival of faith. It’s certainly the fruit of the efforts made by the Krakow Archdiocese and Cardinal Stanisław Dziwisz, who introduced the idea of hosting WYD to the Holy Father, at that time Benedict XVI. WYD also presents a tremendous organisational challenge, because it is not limited to a meeting of young people with the Holy Father in the Krakow Archdiocese. WYD also involves a preceding week of the so-called Days in Dioceses across all of Poland. The tradition of Days in Dioceses goes back to 1997, when WYD was held in Paris. French bishops back then called on young people to come not only to see France’s capital but the entire country as well, and the French faithful made it possible for them. Ever since that time, pilgrims first stay with families in the host country, learning its history, tradition and culture, and then together with their hosts go on a pilgrimage to meet the Holy Father. This year, Days in Dioceses will run from 20 until 25 July. WYD has youth making preparations in all of Poland’s 44 dioceses: 41 Roman Catholic ones, a Roman Catholic Military Ordinariate, and two Greek Catholic ones. The pilgrims will live in 40 Roman Catholic dioceses, that is to say throughout all of Poland. A diocesan coordinator oversees preparations in each of them.

How many Polish families will host pilgrims this year?

We have an oversupply of accommodation with families for the duration of Days in Dioceses: 250,000, but we expect just 130,000 of the 570,000 pilgrims who have confirmed their attendance at WYD. The families have long been preparing for the guests. Diocesan coordinators are receiving calls from people who want to make sure their pilgrims are coming. Many dioceses are running language courses so that the hosts, often relatively old people, are able to communicate with the pilgrims, if only at a basic level. Many parishes are preparing small, but hand-made, gifts: embroideries, postcards, and keepsakes prepared for the guests living in their homes so that they will who will return with a beautiful souvenir from Poland. The same goes for the Krakow Archdiocese, whose families can take in over 200,000 pilgrims. The rest will stay in schools, campsites or will be accommodated privately.

When did the preparations in dioceses start?

Just after they returned from WYD in Rio in August 2013, two thousand Poles lucky to have been there set out to make arrangements to host pilgrims in Poland right away. They wanted to reciprocate the warm welcome the Brazilians gave them. By decision of the Polish Episcopate, in each Polish diocese a coordinator has been appointed and a Diocesan WYD Centre set up, which relies on young volunteers working together with a coordinator. It is remarkable to have so many young people working in the Church with such commitment and responsibility—we haven’t seen that in a long time. They are not only involved in accommodation arrangements, but are preparing themselves spiritually for a meeting with the Holy Father in Krakow. A pilgrimage of WYD symbols, the cross and the icon of Our Lady, which always travel to a host country as part of spiritual preparations for WYD, has really helped to mobilise Poland’s youth. The symbols are now in the Krakow Archdiocese, having travelled more than ten thousand kilometres around Poland.

Each Polish diocese took on a biblical name ahead of the meeting with Pope Francis. Where did the idea come from?

The assumed diocese names, e.g. Bethlehem, Nazareth, Jerusalem, are to help pilgrims discover the history of the local Church and what is most valuable and unique about different parts of Poland. For example, the Warsaw Archdiocese took the name Mount Moriah to reflect its difficult history of human loss, for instance during the two world wars, as a reference to the place of Abraham’s offering in the Bible. The archdioceses of Gniezno and Poznan assumed the name Jordan because Poland’s baptism happened there. Other names have less to do with history and more with the hosts’ intentions. Thus, the Wroclaw Archdiocese took the name Galilea. Its young people explain that according to the Bible, Galilea was the apostles’ destination and where they met Lord Jesus. And they want Days in Dioceses to be a time when, together with the young people of the world, they will meet Jesus and set out on a pilgrimage to Krakow. Days in Dioceses offer the best opportunity to learn about Poland’s culture, history and hospitality, but also about the rich traditions of the Polish Church and the ordinary elements of its life.

How are the young people going to present the Polish Church?

They themselves will be its best face, young people who in spite of living on the go and working hard draw their inspiration for daily life from their faith, the kind of faith that is reflected in their daily choices: when young Poles learned about the WYD theme of the Divine Mercy, they immediately got involved in charitable work to help those in the most dire need. Many became involved in charitable projects to aid poor young people, such as a project in the Siedlce diocese called “Spare a Kilometre,” which has people from Bolivia and Chad coming to Poland. Others backed a countrywide project called “Ticket for a brother”, which involves young people from across Poland raising money to finance the trip to WYD for their colleagues from the former Soviet bloc. It’s also about mercy understood as being with the needy who live in their neighbourhood. During both the preparations and Days in Dioceses they will visit the sick, the lonely, prison inmates. And these don’t have to be big deeds. We’ve got youngsters who fetch coal for an elderly neighbour in their tenement. The young don’t limit themselves to actions, as these are just one of the many forms of how they live out their spirituality, but they instead show, as Pope Francis encourages them to do, that faith is not only a theory but an inspiration for concrete actions and lifestyles and for giving bold witness. Let’s take the social media, for example, where we see young people taking up such initiatives and getting involved in the preparations just because of their faith and not because of a fad or a desire to be at this year’s biggest and most interesting event in Poland. This can also be seen among the volunteers, who in their thousands are working to prepare for WYD throughout Poland and in Krakow. There are over 40,000 of them in Poland’s dioceses, and some 20,000 international volunteers will help out in Krakow at the meeting with the pope.

The meeting in Krakow will be the high point of these preparations.

Right now we have more than 570,000 pilgrims from 186 countries. Attendance at the final Mass is expected in the region of two million, although most of those present will be Poles. WYD is made up of meetings with the Holy Father—five big events, of which three will be held in the Blonia Commons in Krakow. There will also be a catechesis out of concern for those pilgrims who will come unprepared and unaware of the nature of this event and of what living one’s life marked by faith can be like; there will also be accompanying events, such as a Vocation Centre and a Youth Festival. The Vocation Centre is a place where various movements, associations and groups can present themselves. It’s a place for youngsters to find out how they can get involved with the Church. The Youth Festival involves a number of diverse cultural events of the highest standard, and is unique as being prepared by the young for the young. These are not big stars, but rather young people with lots of talent from all over the world. Bishops from different countries will offer catechesis for their faithful. More than 800 have registered so far. Their coming together with the young to Krakow in late July will be a meeting of the Church in its entirety. 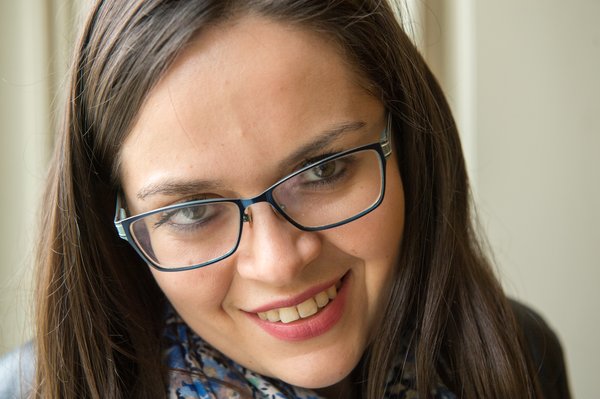