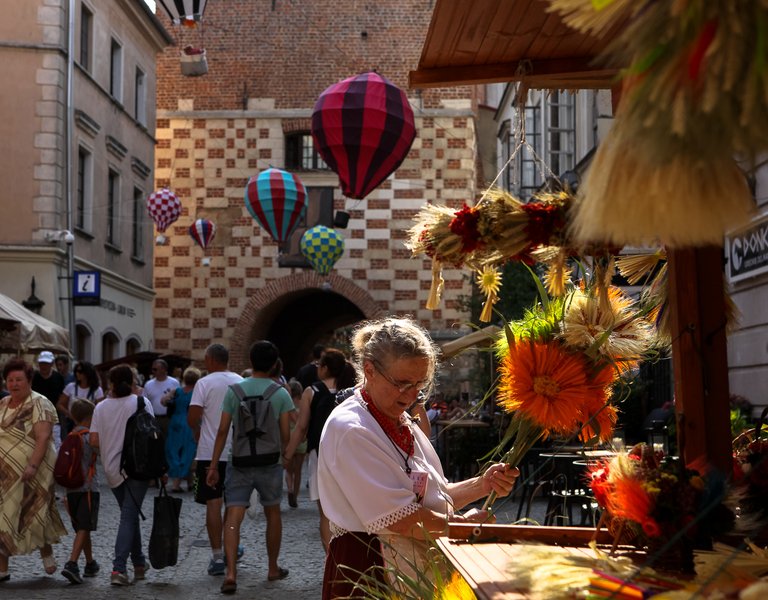 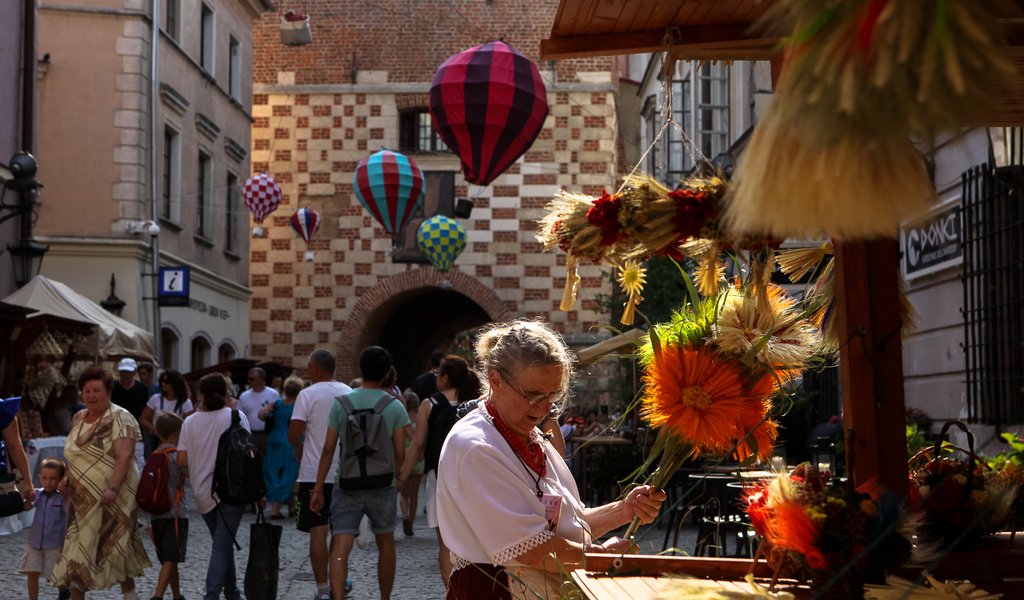 The Jagiellonian Fair in Lublin

Pride in traditions that in ages past contributed to the city’s wealth, the awareness of the legacy we have retained despite twists and turns of history allows us today to enjoy Lublin’s beauty and its unparalleled atmosphere and believe in the potential of the city and its residents.

The Jagiellonian Fair refers to these traditions and promotes the rich traditional cultures of East and Central Europe. Traditional art and crafts practised by artisans from such countries as Poland, Ukraine, Belarus, Lithuania and Slovakia are presented both in authentic, pure forms and enriched with contemporary artistic embellishments inspired by folklore. All this takes place in the streets of the Old Town where echoes of Lublin legends still linger.

The Jagiellonian Fair is not unique only by virtue of showcasing colorful stalls filled with traditional artisanal products and handicrafts but  more so because it gathers fascinating people, features folk music concerts and folk bands, stage plays, film screenings. The Jagiellonian Fair offers a range of workshops – dance, singing, crafts that enable contact with folk artists, enthusiasts and practitioners of traditional arts. 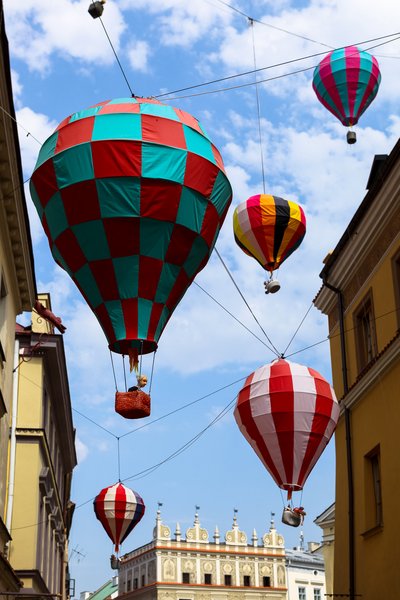 Fairs organized in Lublin in 15th and 16th centuries were famous in Poland and Europe as international trade events.  Merchants from all corners of the country and the most distant parts of Europe came here. Lublin was the main trading centre for Hungarian wine, wheat and ox from Ukraine and Volhynia.  With the development of trade, more crafts workshops and merchant’s storehouses such as stalls, butcher’s shop, mills and forges began to appear. The economy of the city and the region boomed. At the peak of economic development and international fame, the Lublin fair became a meeting point for merchants from the furthest corners of the world, though Lublin’s main trade partners remained Lviv, Brest-Litovsk, Lutsk and Volodymyr-Volynsky located partially in the then Lithuania and today’s Ukraine and Belarus.  Lublin was the crossroads of trade routes going from Hungary to Lithuania, from Western Europe to Rus and from Hanseatic ports to Turkey.

Today, just like centuries ago, Lublin is an important meeting point between the East and the West.  As the largest city in EU’s eastern peripheries , it is the “European Union’s gate to the east”.  Lublin’s important task is to rebuild partnerships with Ukraine and Belarus. It is also an excellent opportunity to promote Eastern European culture in the European Union and  to promote  Poland and the EU in Ukraine and Belarus

The Jagiellonian Fair combines the ancient fairs with contemporary cultural and economic exchange.  It present artisanal products and features cultural and artistic events, showcases companies active in the transborder region, NGOs working towards transborder development and tourism of the region.  Over 300 artisans and craftsmen take part in the fair ever year, among them visitors from Poland, Ukraine, Belarus, Lithuania.

The Fair is a meeting point of cultures. We invite artists from such countries as Ukraine and Belarus, cultivating  the traditions of ancient fairs who practice traditional and folk art (music, heatre etc) and stree artists. We wan he Jagiellonian Fair to be a manifestation of difference derived from shared history, we want it to present artists and culture practitioners who work in various areas and employ diverse forms of artistic  and creativity expression.

The Jagiellonian Fair has become one of the most important cultural attractions of Lublin and the Lublin region, drawing to the city hundreds of tourists ever year.  Moreover, we aspire to become the regional and transborder cultural, tourist and economic exchange centre.