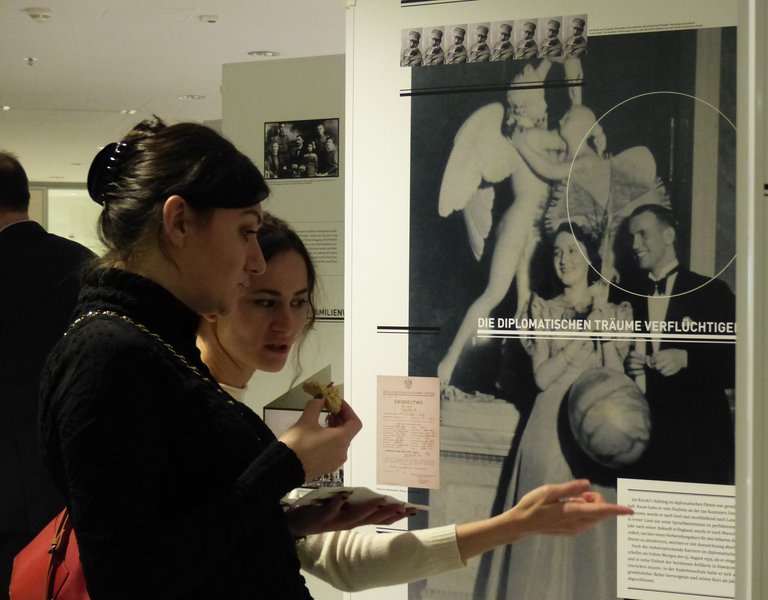 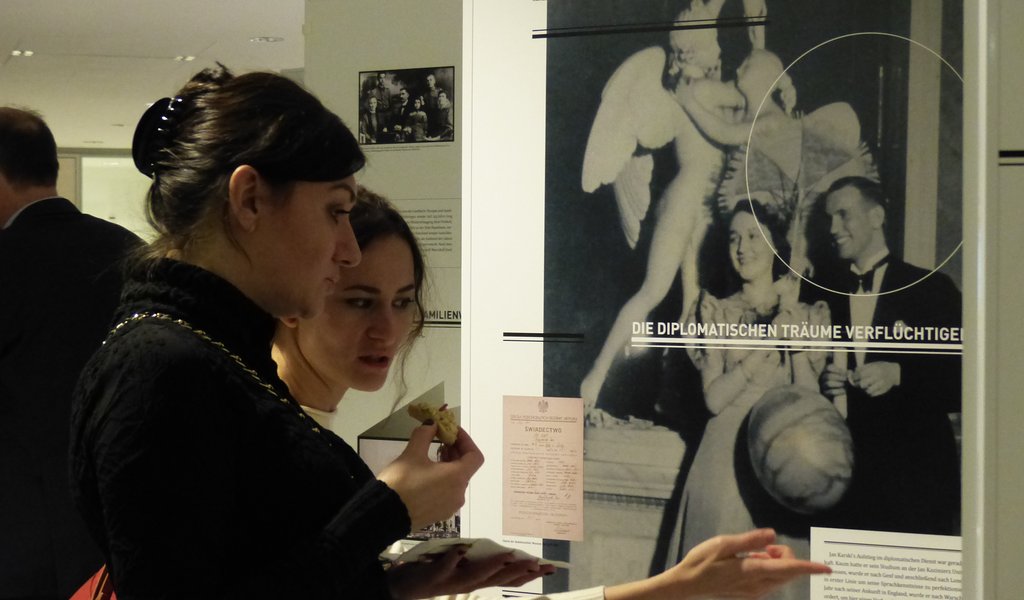 “Jan Karski, A life dedicated to freedom” exhibition at the University of Salzburg

On Tuesday evening, the director of the Polish Institute in Vienna Rafal Sobczak joined forces in Salzburg with representatives of the academic staff of the local university and the Honorary Consul of the Republic of Poland Michael Pallauf to open an exhibition devoted to Jan Karski, the legendary courier of the Polish Underground State, lawyer and diplomat.

The “Jan Karski, A life dedicated to freedom” exhibition was put together by the Polish Institute in Vienna in co-operation with the Polish History Museum, the Ministry of Foreign Affairs and the Jan Karski Educational Foundation. The exhibition presents the most important facts about Jan Karski’s life and provides insight into the historical role played by the Polish messenger.

“When we think about Jan Karski today, we see him not only as a Polish officer and army courier, but also as a great humanist, a Polish patriot and one of the most important witnesses of the Holocaust. Jan Karski belongs to more than 6,000 heroic Poles that have been awarded with the ‘Righteous Among the Nations’ title by Yad Vashem,” the director of the Polish Institute in Vienna Rafal Sobczak said at the opening.

During the ceremony Director Sobczak recalled the most important milestones in the life of Jan Karski who, in 1942, was dispatched to the Warsaw Ghetto as a messenger. The main task of Karski was to inform the Allies about the Polish Underground State, German crimes against Poles and the situation of the Jews in occupied Poland.

In July 1943, Karski met with Franklin D. Roosevelt and told him about the tragedy of the Holocaust. After this conversation, due to safety considerations Jan Karski remained in the United Staes, where he went on to teach at Georgetown University in Washington. He was awarded with the highest state awards for his work, including the Polish Order of the White Eagle, as well as the 2012 US Presidential Medal of Freedom bestowed on him posthumously by President Barack Obama.

In recalling the achievements of Jan Karski, Prof. Peter Deutschmann, stressed the importance of getting to know one another as well as the important role of getting acquainted with the history of nations and heritage of each country. At the same time he posed a question – where does the difference lie between witnessing historical events and being responsible for the course of these events?

“The example of Jan Karski reminds us that we bear responsibility for others. We should not turn a blind eye to injustice, we should jointly intervene when others are in danger - regardless of religion, race or nationality. The example of Karski is a warning to us, but at the same time it also provides hope for a just world. It restores faith in humanity. At the same time, Jan Karski’s actions symbolize people of good will who are ready to sacrifice themselves to save others,” Director Rafal Sobczak said.

Meanwhile, in his speech Prof. Roland Cerny-Werner recalled the historic figure of Witold Pilecki and the fact that one of the fundamental issues relating to the Second World War is that of human choice, of the decisions made on the individual level.

The exhibition about the life of Jan Karski has so far been presented, among others, at the UN headquarters in New York, the European Parliament in Brussels, the headquarters of UNESCO in Paris, Tel Aviv, Rome, Milan, St. Petersburg, Chicago, London, Ottawa, Warsaw, Lodz and, in 2015, in Vienna as well.