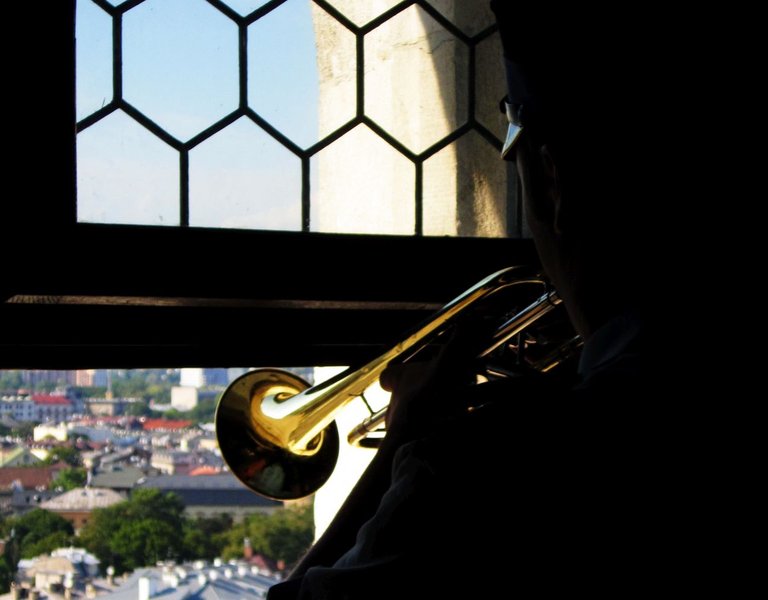 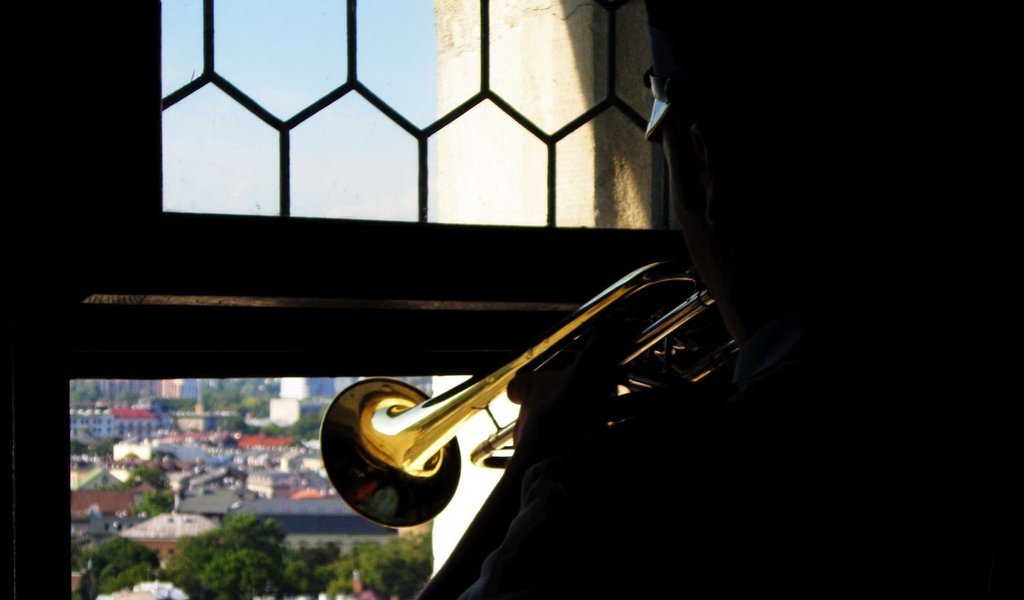 The Krakow fire department is looking for someone to join its seven-strong team of buglers to play a characteristic trumpet call from the tower of the city’s St Mary’s Church.

The vacancy opened following the retirement of another bugler after 22 years of service.

Five candidates for the post are currently undergoing physical fitness and musical tests.

The appointee will undergo fireman training before taking up his duties and will work a 24-hour shift once every three days, just like other Polish firefighters.

His duties will include climbing 272 steps to reach the top of the tower.

The trumpet call consists of a simple melody of open chords which is cut short in the middle of the final cadence.

According to legend, an 11th century trumpeter was shot through the throat with an arrow while raising an alarm of a Mongol invasion, but 16th century sources suggest other buglers at the city gates would finish the musical phrase when the opening or closing of gates was completed.

It is played every hour on the hour and is repeated four times, out of the north, south, east and west facing windows of the church tower.

The first written accounts of the Krakow bugle call come from 1392.