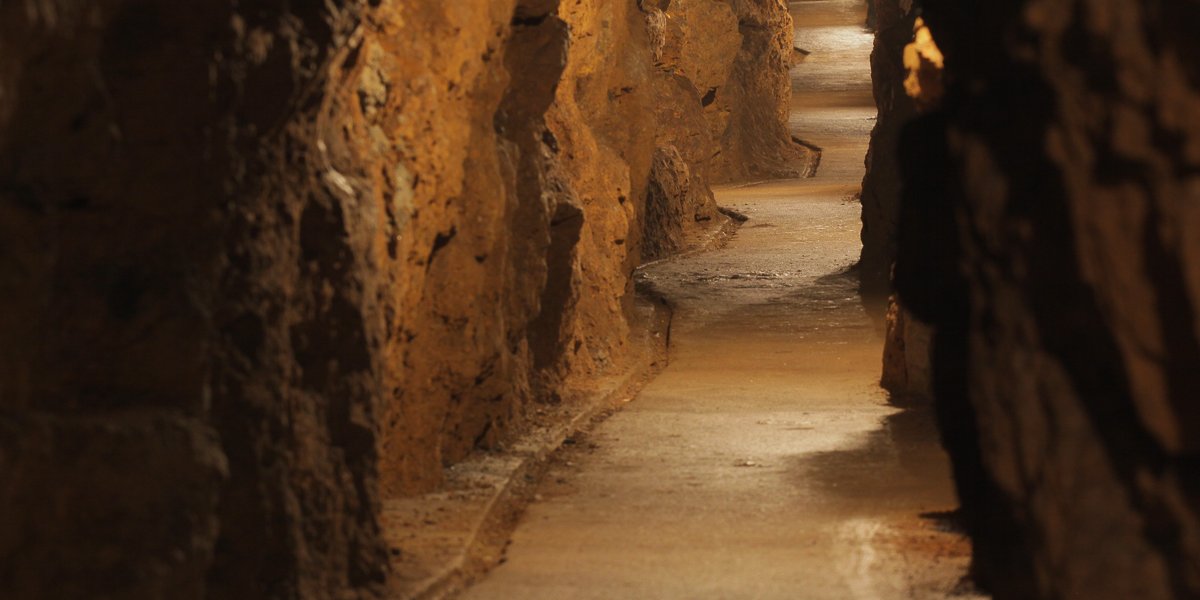 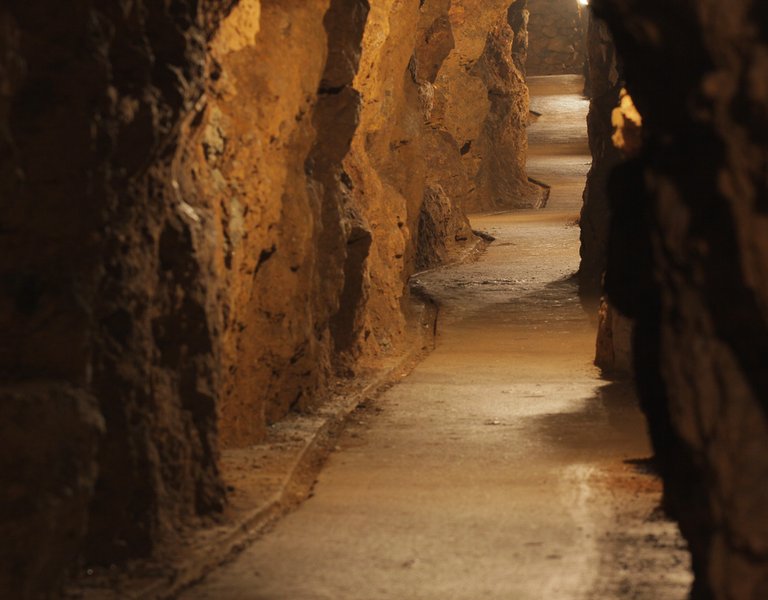 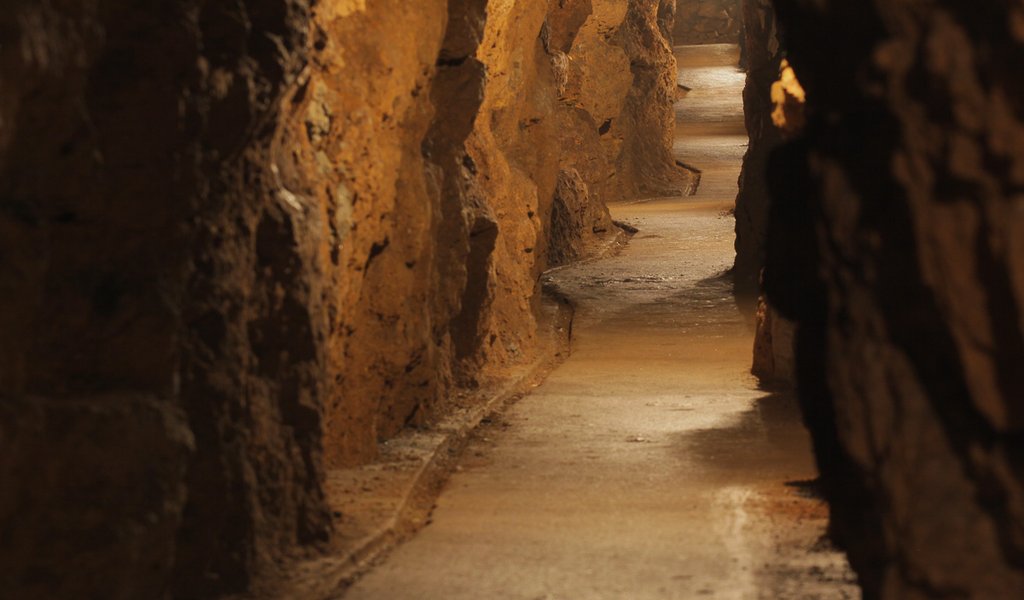 During its 41st session, taking place this year between July 2-12 in Krakow, the UNESCO World Heritage Committee decided on a new entry for its World Heritage list: the lead, silver and zinc mines along with the underground water management system in Tarnowskie Góry.

“We thank the world, we thank the UNESCO World Heritage Committee. We are glad that the exceptional value of our mining heritage has become widely recognized. We owe this to our ancestors, as well as to future generations, so that the testament of the past may become a testament in the future. We are also aware that this title carried not only prestige, but also a great commitment. It is up to us to protect our heritage, identity and ancestry. Today is a special day because the Tarnowskie Góry have become THE Tarnowskie Góry. I am proud, filled with joy,” said Zbigniew Pawlak, the Deputy Chairman of the Tarnogórska Appreciation Association, commenting the decision of the World Heritage Committee. Pawlak takes care of the Tarnogórskie underground network and prepared the application for its inclusion in the UNESCO World Heritage List in cooperation with the National Heritage Institute.

The lead, silver and zinc mines in Tarnowskie Góry are the largest and most significant historical mine of these ores in Poland - a testament to 500 years of mining tradition. Located in the Silesian Plain in the southern part of Poland, in one of the European methalogenous provinces, it has been an important metallurgical site since the Middle Ages. In the nineteenth century, Tarnogórskie mining was known for its extensive, integrated drainage and water system supplying residents and industry. It was also one of the largest in the world. 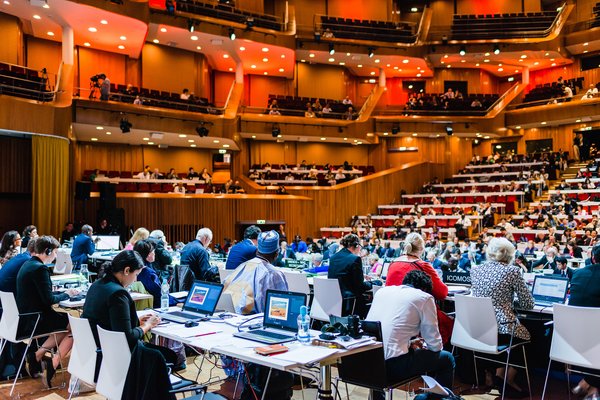 “Every new entry on the World Heritage List is a cause for joy, especially those that demonstrate our contribution to humanity's achievements. The Tarnogórskie mines take up a well-deserved place in the history of the development of Upper Silesian industry and thus the economic history of Europe. What distinguishes them from other mining centres in Europe is the extent to which mining excavations have been preserved and their very wise approach to the management of environmental resources, which has led to the eradication of water hazards and the parallel development of water for human needs. By adding this entry to the list, we are paying tribute to people, thanks to whom future generations will be able to live and prosper, "said Katarzyna Piotrowska, the head of the World Heritage Centre at the NID.

“The entry, which is essentially related to the underground agriculture system, also contributes significantly to mining-related categories, which are rare in the UNESCO World Heritage List,” said Barry Gamble, an international expert.

The history of mining in Tarnowskie Gory dates back to the Middle Ages. The area known at the time as Tarnowice started to attract silver and lead diggers, and soon the city of Tarnowskie Góry was established, which from the beginning of the 16th century enjoyed the privilege of mining freedom. The present name of this lowland town does not refer to the mountains, but is a combination of the name of the village - Tarnowice and gor – i.e the mines.

Over the centuries, mining in Tarnów has produced metallurgical plants throughout Europe. After the spread of the silver and copper separation process which involved melting it with lead, in the 16th century copper began to be widely used for household utensils. During these times lead, but not only, was exported from the area. Geographical discoveries and the development of the world trade in silver, amongst other things, created unprecedented export opportunities.

In the middle of the sixteenth century, the mines constituted the largest ore mining center in Upper Silesia and were one of the largest in Europe - they sold 80% of the lead ore mined to the largest metallurgical centres, from which silver flowed further to Asia.

Lead-silver ores occur in the Tarnowskie Gory Mountains in the form of nests and veins, which for centuries imposed a specific mode of extraction. Most common were small mines, over 20,000 in total, established by merchants and the local gentry, located close to each other and creating a unique landscape. The subsequent discovery of the rich silver-bearing deposits at the end of the 18th century gave new impetus to the development of mining. In the period of Prussian industrialization a large-scale royal mine of lead and zinc was created, and Upper Silesia was dominated by heavy industry.

Rich ore deposits were the basis for the development of the region, but the unusually high water inflow, which was three times larger than the inflow of European mines, and a flat area with two small rivers, was a challenge for miners. Water from precipitation that was not rapidly discharged from the surface, for example due to natural corrugation, entered the mining excavations through cracks and cavities. During heavy rainfall, the two small rivers, Stola and Drama, in the vicinity of the Tarnowskie Mountains, were unable to drain the surface water quickly and efficiently before it was absorbed by the ground.

These obstacles were overcome by building an underground water system consisting of more than 50 kilometres of main drainage tunnels and 150 kilometres of auxiliary draining and transport sidewalks. For years it was necessary to continually adjust the drainage network to the mining scale to ensure the safety and the ability of the miners to work.

Initially, wooden hand-operated or horse-driven devices were used which quickly turned out to be inefficient or too expensive to operate. The solution was gravity dewatering, and its construction was made possible in the 18th century thanks to the use of "technological innovations" such as the steam engine. This technology transfer and imported steam engines from England started the industrial revolution in this part of Europe. In Tarnowskie Góry they enabled the construction of a drainage system and thus the use of rich deposits of metal ores.

The underground water management system in Tarnowskie Góry is a masterpiece of hydrotechnology not only due to the complexity and extent of drainage, but above all due to its parallel use of water for local and regional needs. The unique, pioneering model of sustainable water management in an active mining environment contributed to the development of large-scale water supply systems for both consumer and industrial use.