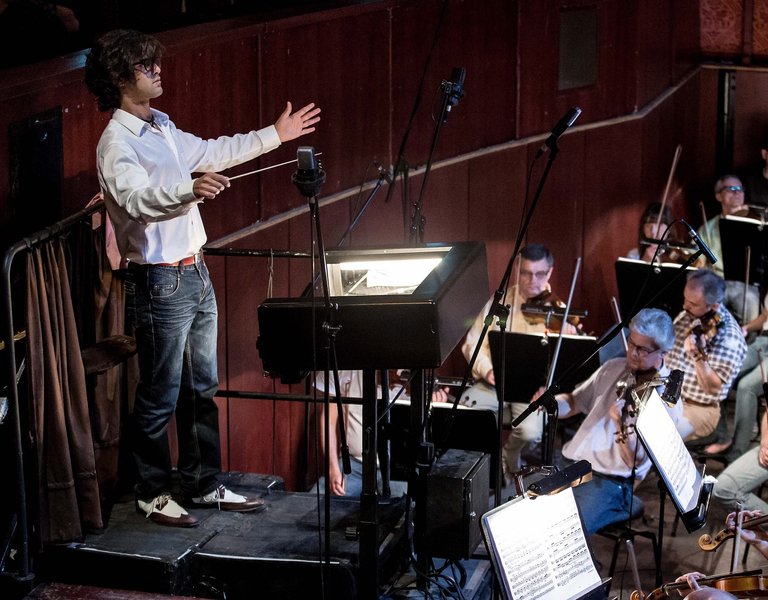 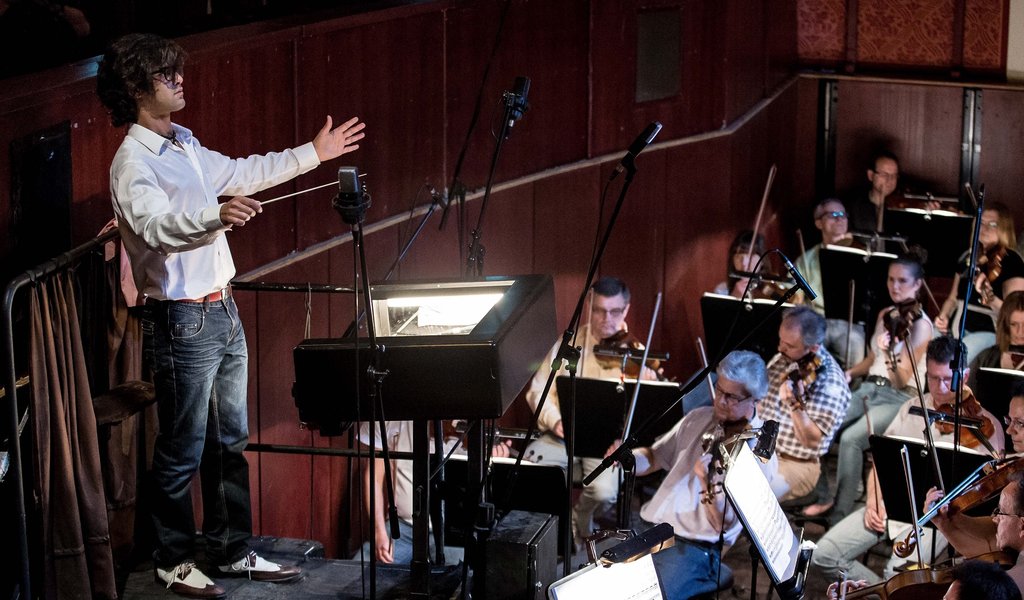 They ended up in Poland for many different reasons. There they fulfilled their dreams, established a theatre, set up a firm or launched an international conducting career. A British lady is fond of the River Vistula, and a Lebanese man likes the Pieniny Mountains.

The roads that led three foreigners to Poland varied, but their decision to come to our country was rarely based on purely rational considerations. The orchestra conductor Bassem Akiki heard about our country from a Polish conductor living in Beirut, so he came to Poland to study.

Johann Wolfgang Niklaus, a German actor and musician raised in Italy, came for Jerzy Grotowski’s theatre. Briton Sophie Evans followed her then partner to Poland. He left Poland but she kept returning until she finally stayed for good.

Although each of our three foreigners have experienced both beautiful and difficult moments in our country, asked how they evaluate that idea many years on, they all readily reply: That was a good decision.

Bassem Akiki comes from Lebanon. This thirty-some-year-old musician now wields his baton on concert stages all over Europe. He is constantly travelling between Warsaw and Bytom where he recently became the artistic director of the Silesian Opera. His career is developing at a rapid rate and on an increasingly international scale. After years spent in Poland he is glad of his seemingly mad decision to study in Kraków rather than Paris. “My studies in Poland gave me an education and the basis of my career. As a result, I conduct in Poland and abroad, in Belgium, Germany, the United States and France. Today I could leave without a problem, but I am here, here I have built my home in every sense of the word,” the conductor told Życie Regionów.

He has only just arrived in Bytom after a night of rehearsals at the National Opera. Will he get to spend the weekend at home before having to leave again?

He had heard about Poland in Lebanon from Professor Wojciech Czepiela. “He had conducted the philharmonic orchestra in Beirut for many years,” Akiki said. Thanks to him, I chose Kraków somewhat on a trial basis, because I had been aiming for Paris. But, after a time, I found that Poland was where it’s at, so much so that I decided to continue my studies, this time in Wrocław. I began working there at the opera, at first as assistant conductor until finally I settled down in Warsaw.

And that in a nutshell was what the last dozen-odd years of a young orchestra conductor were like.

A different road was travelled by an acting and music student who came to Poland in 1979 thanks to the fame of Jerzy Grotowski. “I came for the workshops at the Lab Theatre. Working with those people in that theatre was an exceptional experience,” recalled Johann Wolfgang Niklaus, the artistic director of the Węgajty Theatre’s choir. Known as the Schola Cantorum, the choir was established as part of the Węgajty Rural Theatre, an ensemble of musicians, actors and fine artists from six countries. The artists converge every so often in Poland’s Warmia region not far from the Lithuanian border to prepare presentations based on Gregorian Chant and other sacred music.

He began visiting Poland, learnt of the Gardzienice Theatre near Lublin and went there the day before martial law was declared in Poland on 13 December 1981. That relationship developed and the theatre invited him to take part in work on a new presentation.

“I returned to Poland in 1983 after the situation had somewhat settled. That was when I met my future wife, and we began searching for our little place on earth. In Warmia we met Wacław and Erdmute Sobaszek and together we set up the Węgajty Theatre. That was in 1986,” Niklaus recalled.

They took an interest in liturgical dramas. “Our musical dramas were created for the chorales performed in the Middle Ages. Thanks to such artistic pursuits, the Schola of the Węgajty Theatre was born. We mainly perform in churches during early music festivals. In Warsaw, we are planning an interesting presentation in June at the Eastern Orthodox Church in the city’s Wola district. The project is being carried out in cooperation with the icon museum and is financed by the Ministry of Culture,” Niklaus explained.

Warsaw is cheaper than London

Not only do artists come to Poland for a moment and end up staying a lifetime. In Warsaw's Saska Kępa district there is a small company called Lakoguta which makes home-made jams and juices. It was set up by Sophie Evans, a psychologist by education and cook by avocation. This British woman who has French roots came to Poland with her partner who was working for a corporation. Ultimately he left, while she kept returning to Poland. Gradually, her decision to settle in Warsaw matured.

Today she is satisfied, although she now has a more realistic attitude. “I had a romantic notion about snow-covered Kampinos forest and drinking vodka,” she recalled with a smile. Now after operating a business in Poland for four years I have become more pragmatic.”

She appreciates Poland for none-too-obvious advantages. For instance, in a country’s capital she can afford to go horse-riding – for financial reasons something all but unattainable in London.

Asked about any difficulties, she pointed to red tape. “My mother is French and there too we’ve got our bureaucracy, so sometimes I feel right at home,” she joked.

When this non-Polish-speaking Briton set up a firm in Poland, she greatly dreaded contacts with banks. “Developing a business in Poland is difficult. Compared to Britain, the banks here are extremely unhelpful,” she said.

She experienced similarly rough beginnings in her contacts with the health authorities. But ultimately she managed to create her own company in Warsaw with a recognisable logo, and that she regards as her life’s success. “Our jams and marmalades are hand-made in Saska Kępa without any additives. They are sold even in Częstochowa and Gdynia,” she noted with pride.

From forest to opera

Her favourite place in Poland is Warsaw, the greenery along the right bank of the Vistula and Kampinos forest. She appreciates Warsaw because it offers high culture, night life and a genuine, old forest. “I think I need both those worlds,” Sophie said.

Bassem Akiki also has his favourite places. Those are the Pieniny Mountains and the house he designed in a forest outside Warsaw. Johann Niklaus loves his Warmia but also Podlasie and all of eastern Poland, the Lemko highlands, the Low Carpathians.

When asked about his greatest musical successes, the conductor replied that every single concert is important. “But there were events I shall never forget. The first presentation I directed at the Wrocław Opera was Verdi’s ‘La Traviata’ with the superb Jolanta Żmurko as Violetta. Among the most important concerts I would list my first premiere at the National Opera, Tschaikovsky’s ‘Iolanta’ and Bartok’s ‘Bluebeard’s Castle’, directed by Mariusz Treliński,” Bassem Akiki said. He has worked with the La Monnaie Royal Opera in Brussels, regarded as the best in Europe.

“It’s not that I wanted to settle down in a communist country during martial law. My coming here was connected with my professional cooperation with the Gardzienice Theatre. My father had watched our presentations shortly before his departure. He said that now he understands me,” Johann Wolfgang Niklaus explained.