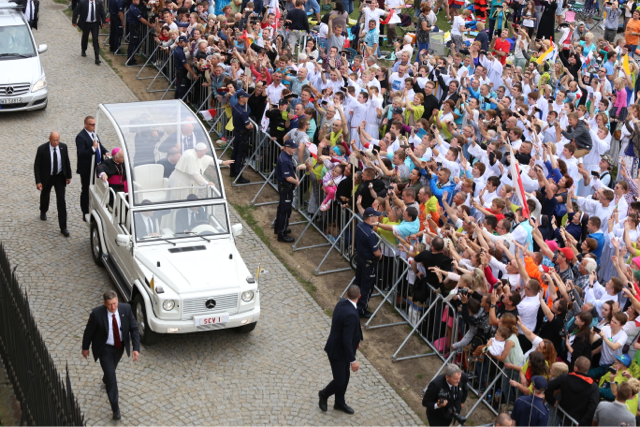 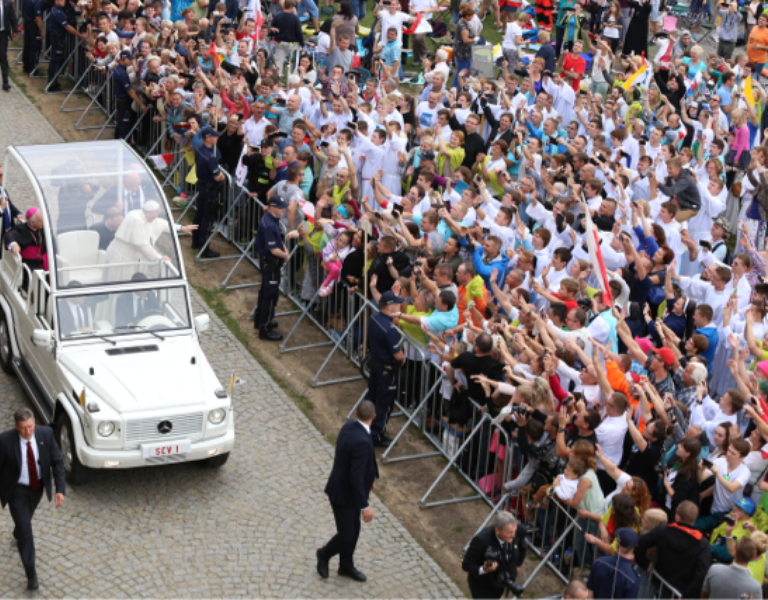 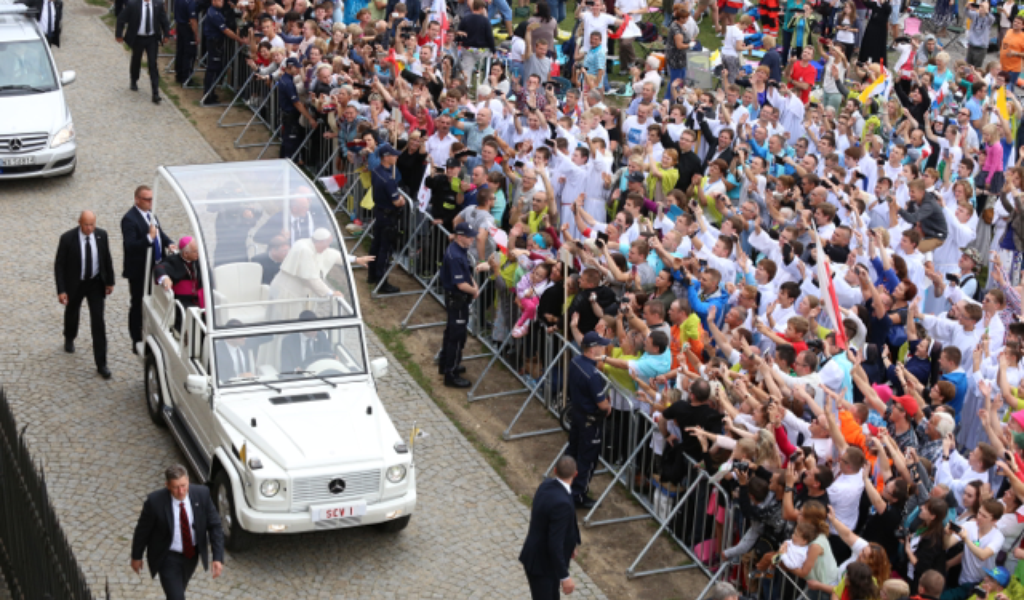 The Holy Father was charmed by the goodwill of Poles and their enthusiasm. He told this to journalists onboard his return flight from Krakow to Rome.

“I had the chance to meet Poles when I was a child. In the place where my father worked a lot of Poles also came to work after the war. They were good people and this image found a place in my heart. Now, I have once again experienced your goodwill,” Pope Francis said, adding that “Poles have so much enthusiasm within them”.

He pointed out that even during the last day of his visit, on his way to the airport, crowds stood on the streets to greet him despite the pouring rain. Responding to a question about his fall during Holy Mass in Jasna Gora, the Holy Father said that he was so focused on the Blessed Virgin Mary that he forgot about the step he was climbing. Luckily nothing serious happened.

Asked about his impressions of Central-Eastern Europe, the successor of St. Paul joked that the Poland he came to know was very special, “because once again it experienced an invasion, this time an invasion of young people”.

“Prepare yourselves as well as the Poles did,” the Holy Father told the people of Panama. Responding to a question about the 2019 World Youth Day, Francis said that the Krakow event should be used as a model – for its depth, its spiritual atmosphere and power. He said that all Poles had prepared very well for the event.

“It was a great event in which joy was linked to living in faith and attachment to the Church,” Cardinal Stanislaw Dziwisz said at a press conference summing up the 31st World Youth Day. “But let us now wait for the fruits of the event,” the Archbishop of Krakow said. “No tree bears fruit from one day to another. We will collect the fruits of the World Youth Day event in a few months or years,” Bishop Damian Muskus said. In reference to the contradictory reports about the number of participants in the Holy Mass at Campus Misericordiae, the Auxiliary Bishop of Krakow and WYD 2016 General Co-coordinator said there could have been up to 3 million people present. “Before the official start of the event, half an hour before the arrival of the Holy Father, we looked at the packed sectors and estimated that there were 2.5 million people. However, we were aware that pilgrims were still continuing to enter the Campus Misericordiae area through all possible passages from Krakow and Wieliczka,” Bishop Muskus said.

Archbishop Stanislaw Gadecki admitted that he was very touched when “the Pope on one hand focused on meeting with Christ, which is the central objective of all World Youth Days regardless of where they take place, while on the other hand he made a lot of effort to give all young people courage to reach higher goals, courage for the future and to break free from lethargy”. “I am sure that will help those young people who are undecided or who were looking for support,” the head of the Polish Episcopal Conference.

The LOT Polish Airlines flight from Krakow with the Holy Father onboard landed in Rome’s Fiumicino Airport at 21.35 on Sunday. In line with his regular custom, Pope Francis went straight from the airport to the Basilica of Saint Mary Major in order to thank the Blessed Virgin Mary – Salus Populi Romani for his visit to Poland.

“I believe that this visit was a huge success, because World Youth Day itself was a huge success,” Father Federico Lombardi told Vatican Radio. “It fully lived up to expectations in terms of the number of young people who took part as well as the atmosphere within which it took place and the message of great trust and hope for the future. Our current times need such messages. This was the main objective of the Pope’s visit and at the same time also the main reason,” the Holy See’s press spokesperson said.