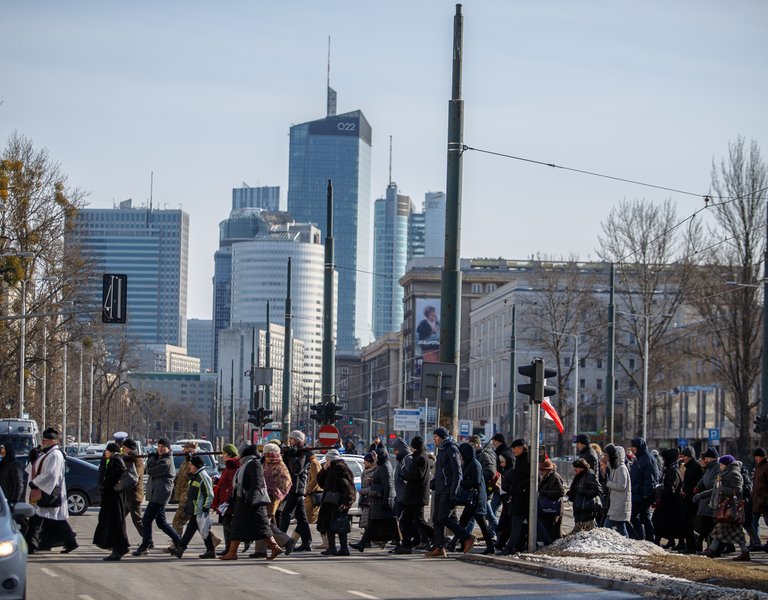 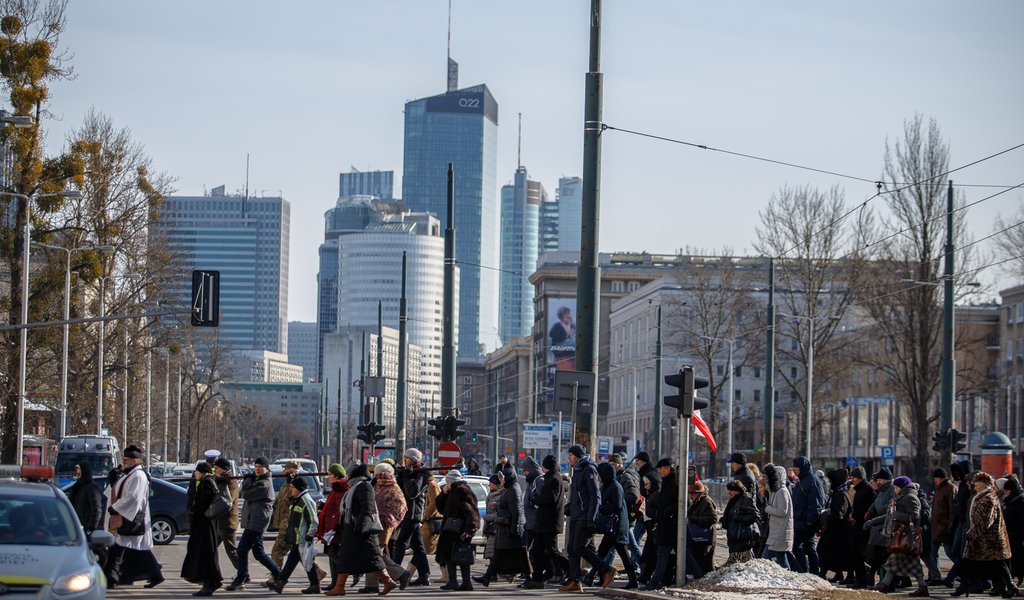 Traditional Stations of the Cross have been held in Warsaw, whose special intention were persecuted Christians. The faithful processed from St Clement’s Church in Warsaw’s Wola district to the grave of Blessed Father Jerzy Popiełuszko in Żoliborz district. The religious service was held for the sixth time. “Christian states pay relatively little attention to helping persecuted believers,” the organisers noted. 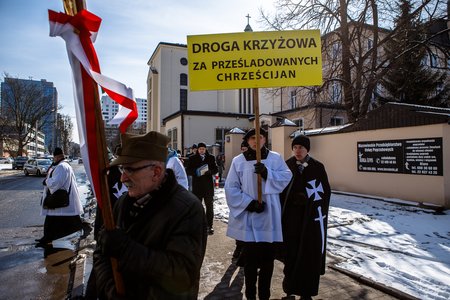 The Stations of the Cross were preceded by Holy Mass celebrated in the traditional Roman rite at St Clement’s church. The sermon was delivered by Father Andrzej Kukła CSsR. “We wish to call to mind all those Christians world-wide who shudder over whether they can survive yet another day. According to statistics compiled by the organisation Helping the Church in Need, every year some 170,000 Christians die a martyr’s death. Calculated in terms of time, one can say that every three minutes a Christian gives his life for Christ,” the Redemptorist priest explained.

When inviting the faithful to take part in the Stations of the Cross, European Parliament Member Marek Jurek said: “Christians are persecuted in many places on earth, both in places where communist tyrannies have survived as well as under radical Islamic governments. Also, in the Western World, people can expect rejection and even reprisals for defending the natural moral order. We think about them all too seldom, but above all we should pray for them.” 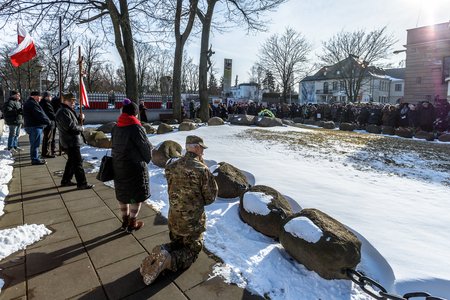 As regards current themes worth contemplating during Stations of the Cross, Dr Paweł Milcarek, editor-in-chief of the magazine "Christianitas" wrote: “Two hundred million Christians suffer persecution. The reasons behind the oppression vary. At times it takes the form of organised state activities whose cause may be religious as in Saudi Arabia, where professing any faith other than Islam is forbidden. Or it may be ideological in nature as in North Korea, where all religions are banned by the state. In some states, Christians are persecuted by fellow-citizens of other religious persuasion. The authorities may turn a blind eye to such goings-on (as in some provinces of China) or are too weak to react (as in Iraq or war-torn Syria). Christian countries pay relatively little attention to aiding persecuted followers of Christ,” the organisers of the Stations have pointed out.

Stations of the Cross for persecuted Christians are organized by the Apostolate of Fidelity to Latin Tradition and the Ordo Caritatis Institute.