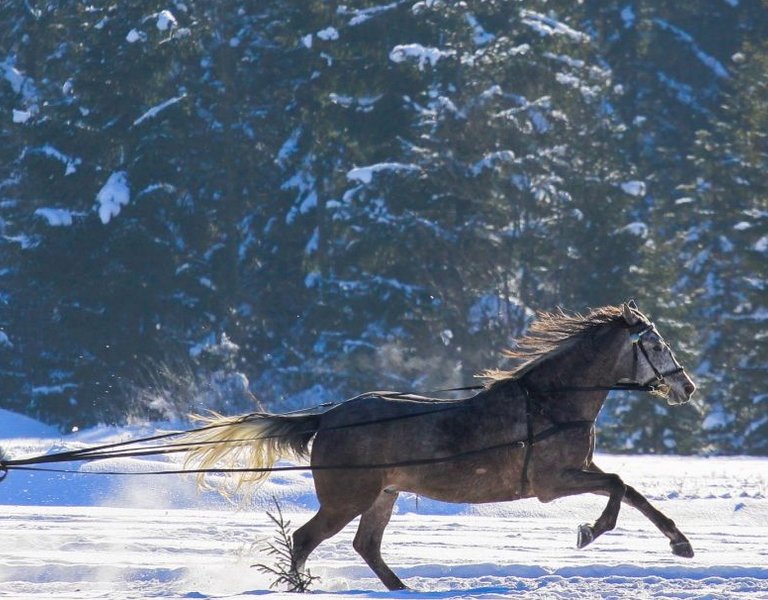 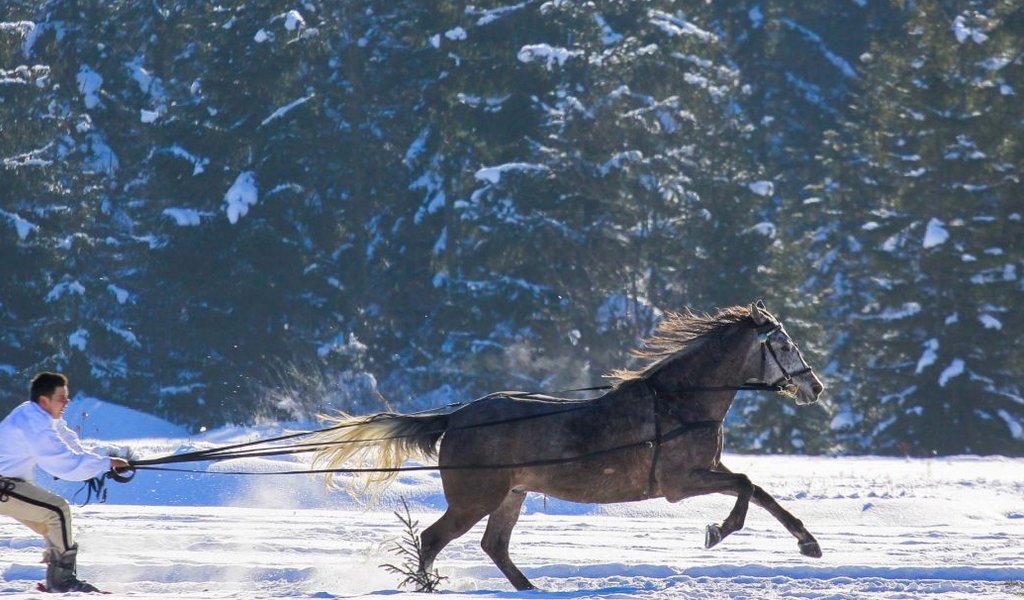 In Poland, skiers and skaters have embraced the unusual and are taking winter sports to a new level.

The Norwegian word 'skijoring' means 'ski driving' and the procedure originally involved a dog sled supporting a skier. At the beginning of the 20th century, skijoring became a sport discipline in which dogs could be replaced with a mechanic vehicle, and skis with a snowboard. Races with horses pulling skiers were a demonstration sport at Winter Olympic Games in St Moritz in 1928. Today, skijoring is most popular in Scandinavia, the USA and Canada.

In Poland, the best known form of skijoring are horse races organised on the occasion of 'kumoterska gońba' – a traditional mountain sledge parade and race held in the Podhale region. Competitors take part in two types of entertainment: skiring (a riderless horse) and ski-skiring (a horse guided by a rider). Competitions in which skiers are pulled by enduro and motocross bicycles have been organised in Karpacz since 2012. 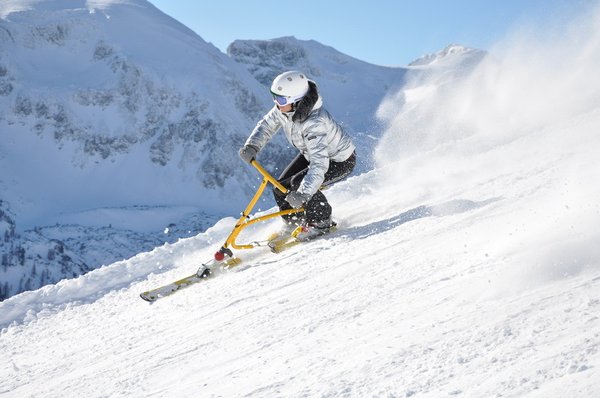 A skibob is a combination of a bike and skis. The bicycle-type frame is attached to skis, which make it possible to slide down a mountain slope. Additionally, riders have special 50–55 cm long foot skis attached to their shoes, which help them to maintain stability.

The joy of achieving high speeds on a skibob riding down a slope does not have to be an experience that is limited to highly skilled skiers. The basics of skibobbing can be learned in half an hour, aand the skill can be mastered within a few days. It can also be practised by people with injuries that prevent them from skiing on a regular basis.

In Poland, skibobbers can be found in Śląsk Cieszyński, Zakopane and Szklarska Poręba. Competitions are organised in slalom, giant slalom and downhill skiing. The Polish national team is one of the best in the world, competing for first place with the Germans and Austrians.

This is excellent fun on snow, especially for children. It consists of a quick ride down a slope on an inflated inner tube. Courses are prepared mainly in designated areas in ski resorts, but the activity can be enjoyed everywhere where at least a slight slope is available. Snow tubing may be practised even in the Kaszuby region in northern Poland, where one can slide down the highest hill in the region – the Wieżyca Mountain.

Snowkiting is a winter sport where people use kites attached to a harness and footwear used in snowboarding or skiing. Due to the fact that skiers are supported by the force of the wind, no slope is needed to get an adrenaline buzz. It is possible to reach high speeds and glide for a few metres even on a plain.

In Poland, snowkiting instructors mainly offer sites in Mazury and mountain regions of the country, where winter conditions can be enjoyed the longest. However, it is possible to practice the discipline anywhere with an abundance of snow and wind. Beginners are encouraged to use flat surfaces, which are not difficult to find in Poland. The frozen Zegrzyński Reservoir near Warsaw is popular among snowkiting fans.

Sułoszowa, a town in the Małopolska region, 20 km from Krakow, is one of the best places to practise snowkiting in Poland. Due to a specific micro-climate, it is covered with snow for a longer period than its surroundings, and its vast open spaces guarantee a strong wind.

Pulse-quickening rides with self-constructed vehicles can be practised in every season of the year, but competitions held in winter are the most popular. In spite of temperatures falling below zero, these are joyful events which prove that Poles are inventive and enjoy having fun. Competitions often support noble causes, such as: safety on the slopes or environmental protection. Winter 'slide on anything' competitions are organised, among others, in Szczecin, Myślenice or Mrągowo.