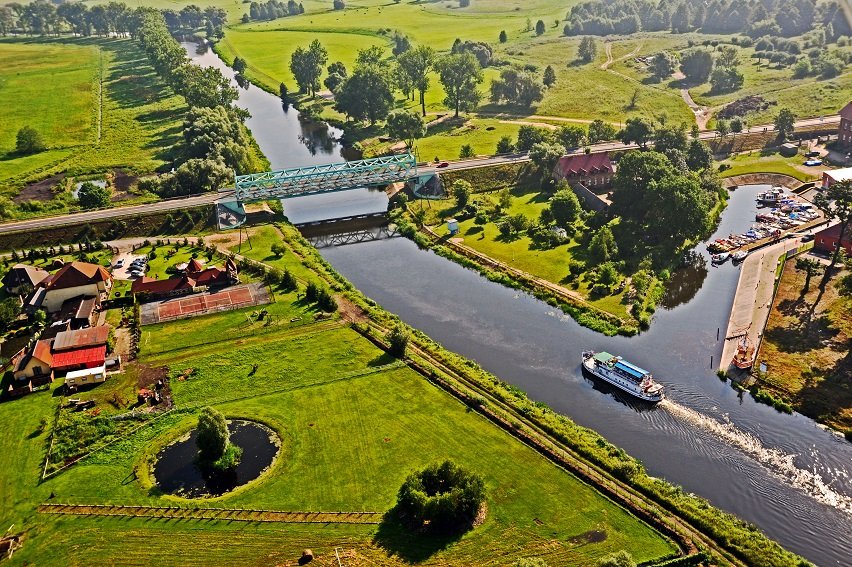 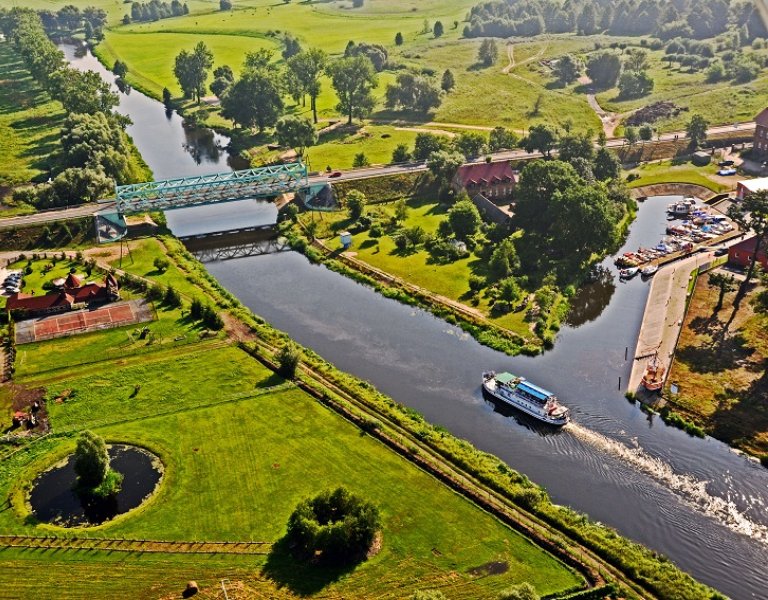 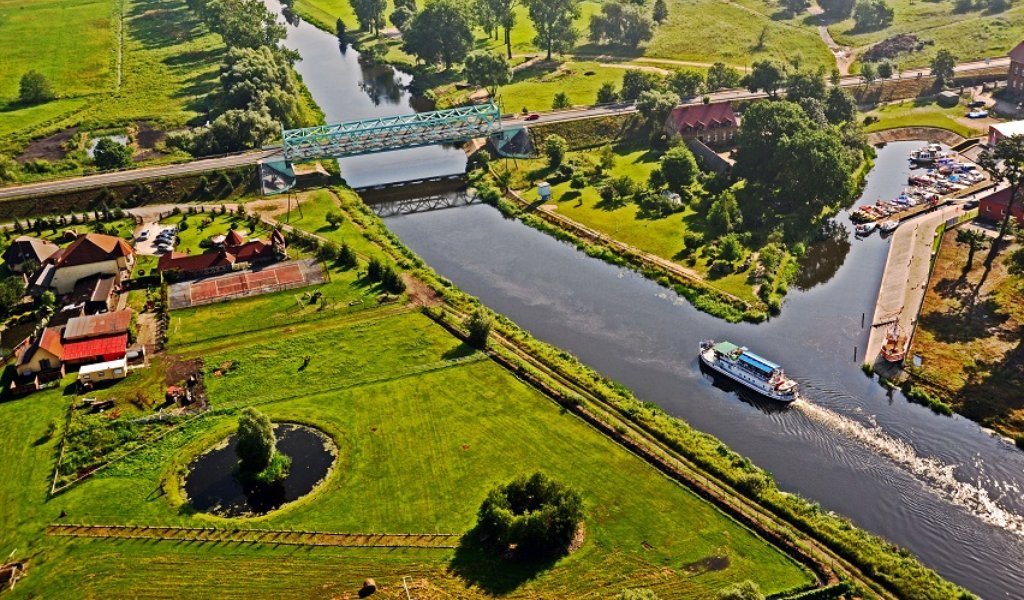 Greater Poland’s Great Loop is a closed, almost 690-kilometre long inland waterway trail running along the Warta and Noteć, interconnecting lakes and waterways. On May 14th, the grand opening of the water sports season on the Loop will take place at the Ślesin marina. Water sports enthusiasts get ready!

“Travelling along the Loop has never been easier or more enjoyable. The water route has existed for a while, but it is only in the last few years that it has been made accessible to tourists. Water sports enthusiasts will be provided with a modern marina, a harbour as well as a water equipment rental,” Ewa Przydrożny, Director of the Great Poland Tourist Office, tells the Poland.pl portal. 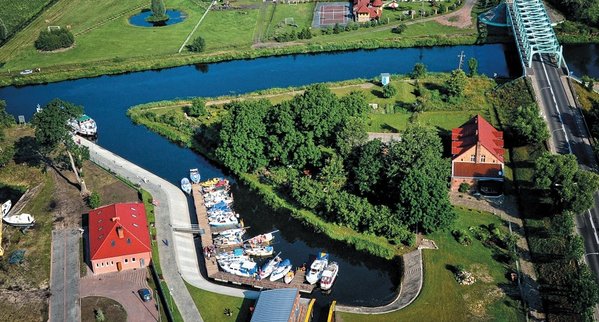 The Loop can be covered in a kayak, barge or a motorboat. On the lakes, it is worthwhile travelling in a yacht or trying your hand at windsurfing, kitesurfing or wakeboarding. The Loop cuts through the Greater Poland National Park and numerous picturesque parks. “The natural landscape changes with every kilometre you travel,” Przydrożny says. The Warta River flows lazily in a wide proglacial dotted with moraine hills, creating picturesque meanders and oxbow lakes.

The wet meadows and willow thickets are home to beavers and numerous species of birds, including the kingfisher, black-tailed godwit, sandpiper, remiz and stork. The landscape is enriched by riparian forests with monumental trees. The Noteć makes its way through the vast swamps and bogs, touching on the edge of the Noteć Forest.

In order to streamline goods rafting, the river was settled already in the nineteenth century. “That is why there are numerous locks and weirs damming the water, which do not exist on the Warta. The oldest, around one hundred years old, which was marked with the number 11 and entered into the register of monuments, can be found in Krostkowo. This is a unique earthy lock with a needle weir containing double-winged gates that are opened manually,” Przydrożny says.

The Ślesiński Canal, connecting the Warta with Lake Gopło, is also very striking in its beauty. It was formed by linking the Pątnowski, Mikorzyński, Ślesiński and Czarny lakes through artificial tunnels. They lie among the hills and dunes in a long, narrow low-lying area, a so-called gutter, which was left behind by a glacier. Together with eleven islands and the Nadgoplański Millennium Park, Lake Gopło is a breeding ground for many species of birds, including the Greylag goose, crane, cormorant and white-tailed eagle. It was also their place of rest during spring and autumn migrations.

“On the Loop there are many places that are worth staying at for a longer period of time. I really enjoy the Black Stalk Marina in Nowe Miasto which has a great tavern, the 18th century palace in Rogalin and the charming Czarnków with its beautiful marina on the Notec and large number of sights and traditional brewery. I also like going to the stud farm in Hermanów, where you can go horseback riding or take a carriage,” Ewa Przydrożny says. 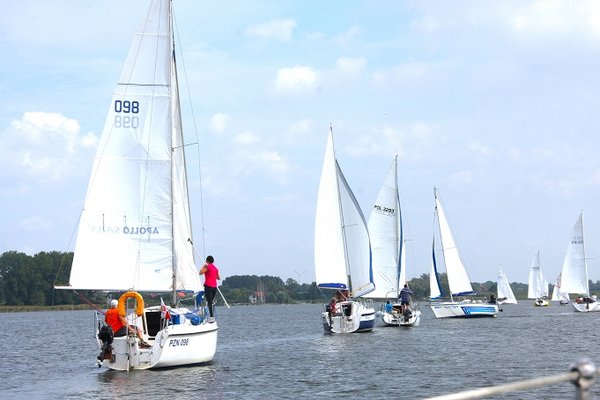 Greater Poland is also the cradle of Polish statehood. At the turn of the 9th and 10th centuries, it was the home of the Polan tribal state ruled by the princes of the Piast dynasty – the nucleus of modern Poland. Its capital was Gniezno, which today lies in the very heart of the Loop. The town’s calling card is the 17th century bronze Gniezno Doors at the cathedral, with 18 scenes from the life and martyrdom of St. Adalbert – an outstanding work of Romanesque art and one of the few monuments of its kind in Europe. Kruszwica, on the shores of Lake Gopło, once known as Mare Polonorum (The Polish Sea), was one of the most important centres of the Polan state containing the favourite castle of its rulers. According to a legend, the evil King Popiel was eaten by mice in the tower of the castle. After his death, Piast, the assumed ancestor of the first Polish dynasty, took over. Today, the Mouse Tower can be found on the Rzępowski Peninsula in Gopło.

These and other sights in Greater Poland can be reached for example by bicycle (rental stations are available at many marinas). There are numerous bicycle paths surrounding the Loop, leading us to castles, open-air museums, palaces, mansions, historic churches, parks and natural monuments.