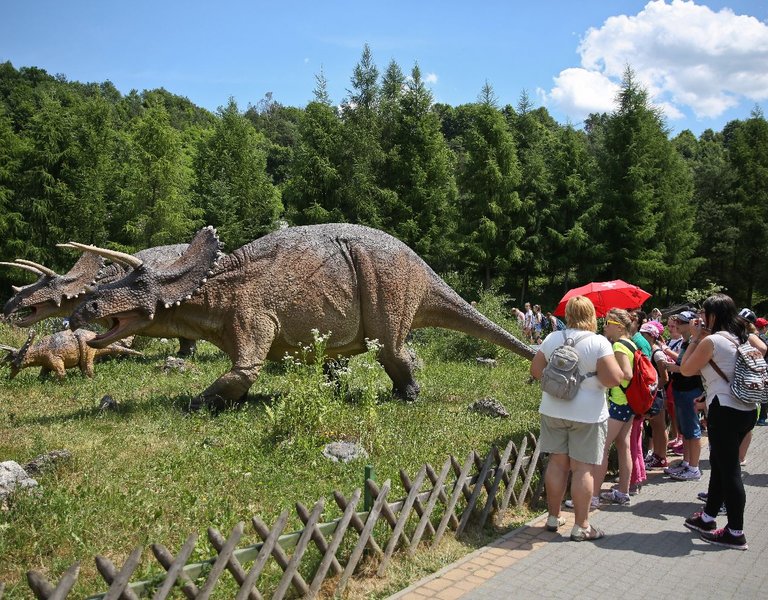 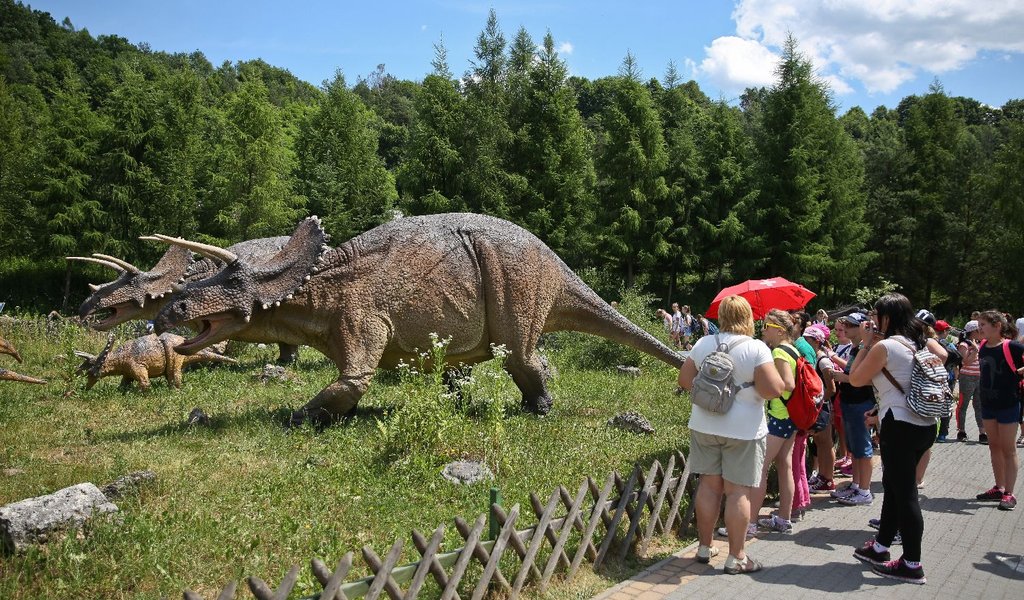 Although traces of dinosaurs have been discovered on all continents, until recently, few people associated them with Poland. The bones of one dinosaur, found in Lisowice next to an enormous synapsid, have enriched not only the history of evolution, but also the "dinosaur" map of Poland. Take a look at the biggest – quite literally – secrets discovered in Silesia and the Świętokrzyskie Mountains in recent years.

The dragon and the "hippopotamus" from Lisowice

In 2005, bones were found in the Lipie Śląskie brickyard in Lisowice. Extensive research has shown that they are around 205 million years old. Well-preserved remains have enabled almost the entire skeleton of the crearture to be reproduced. In 2008, Polish palaeontologists led by Dr Tomasz Suleja announced that it was a teropod – a predatory dinosaur measuring about 4-5 meters in length, the first one to be discovered in Poland. And in great condition! Called the Dragon of Lisowice (or the Wawel Dragon), the dinosaur is considered to be the oldest representative of his family, and therefore - the oldest ancestor of the famous tyrannosaurus. 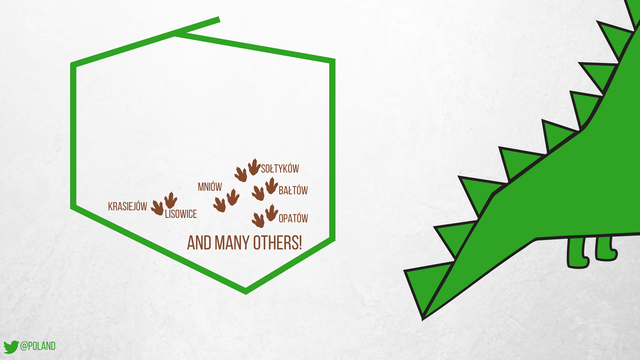 What's most interesting - the Wawel Dragon in Lisowice was not alone. The remains of a dicynodont were found next to him - the largest synapsid found to date. Measuring about 2 meters in height, moving on four legs and feeding on plants, the reptile’s body structure and lifestyle is most reminiscent of a modern hippopotamus. It is significant that the one from Lisowice turned out to be at least 10 million younger than those that palaeontologists have come across until now. In their opinion, its size and age undermine the existence of the great extinction in the Late Triassic, which was supposed to have changed the ecosystem existing on Earth.

Silesian lizards and other tropes

This was not the first great discovery however. Earlier, Prof. Jerzy Dzik in Krasiejów found and described the skeleton of a saurian - a Silesian lizard from Opole. While some hailed it the oldest dinosaur in the world, others clamed that it had a too low a degree of evolutionary advancement and preferred to call it a "pre-dinosaur." This does not change the fact that the small, herbivorous lizard still remains a paleontological showpiece of Silesia.

Another region that Polish dinosaurs took a liking to was the Świętokrzyskie Mountains. Located near Mniaw, the area was filled with them. Often more than ten prints can be found on one square meter! In turn, the largest trace of a predatory dinosaur found in Poland is located in the Gagaty Sołtykowe reserve near Skarżysko-Kamienna. It measures over 60 centimetres!

Following the marked route in the same reserve, one can see the oldest known record of the sauropod's hernial character: in addition to the traces of adults, traces of "juveniles" are also visible. The earliest hints of dinosaurs caring for their young can be found in Sołtyków. Next to a ten-foot-old parent, a young sauropod wandered there. Extreme predators found near the half-meter trails explain that keeping close to the parent was a sensible choice.

Do you want to get a better understanding of Polish dinosaurs?

We encourage you to visit one of Poland’s dinosaur museums and theme parks! You will find them, for example, in Warsaw, Kielce, Starachowice, Kraków and Bałtów.