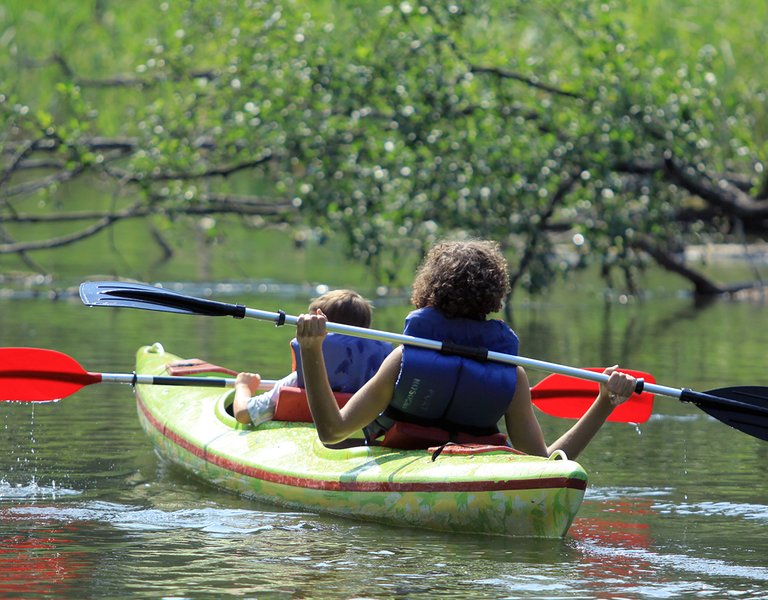 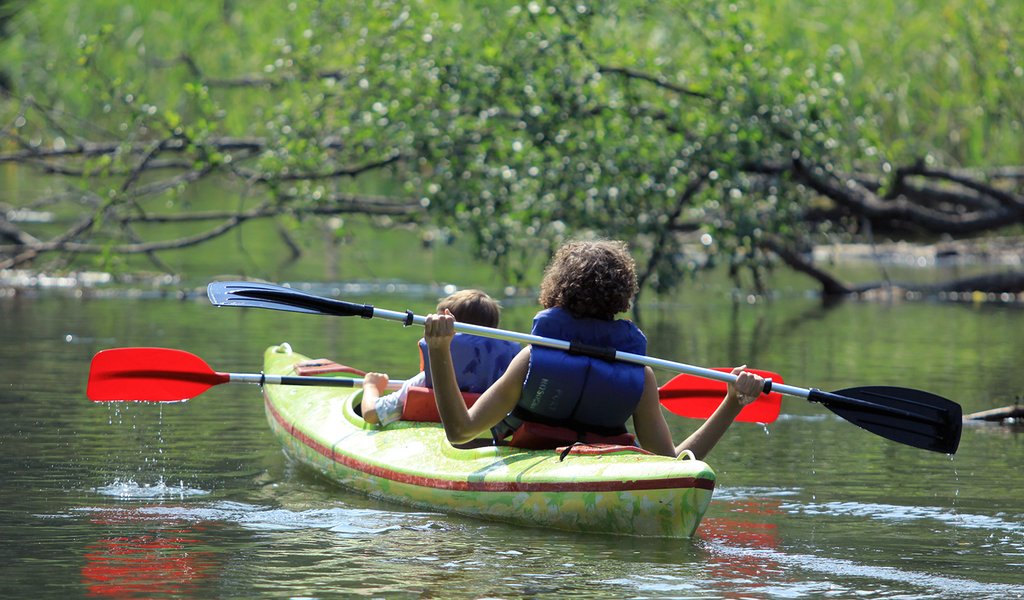 The Drawa river is one of the most beautiful kayaking trails in Poland. The trail is named after Pope John Paul II – in his youth, the future Pope took several rallies down the river.

Calm and wide in some places, swift and meandering in others, the Drawa does not let kayakers fall asleep with boredom. More than 170 kilometres long, the kayaking trail begins in Czaplinek at the Drawsko lake, goes through numerous lakes of the Drawskie Lakeland, and ends where the Drawa enters the Noteć. The most beautiful part of the trail, the 41 kilometres from Drawno to Stare Osieczno, goes through the Drawa National Park, where the river runs in a valley hidden in the magnificent Puszcza Drawska forest. The Drawa is astounding there with its variability. It spreads wide and runs slow over a sandy floor, or rushes down the meandering riverbed that cuts deep into a stony ravine littered with fallen tree trunks.

“The Drawa National Park is one of the very few places in the country where one may observe the natural processes that shape riverbeds and valleys, such as fallen trees or landslides on slopes,” says Monika Gdaniec, deputy head of the Drawa National Park. “The Drawa has remained in its original state here. Dead trees across the stream, beech forests and oak-hornbeam forests make it simply beautiful. It is best to admire it early in the spring and late in the summer, when there are not many tourists. You will find convenient camp sites on the shores.” 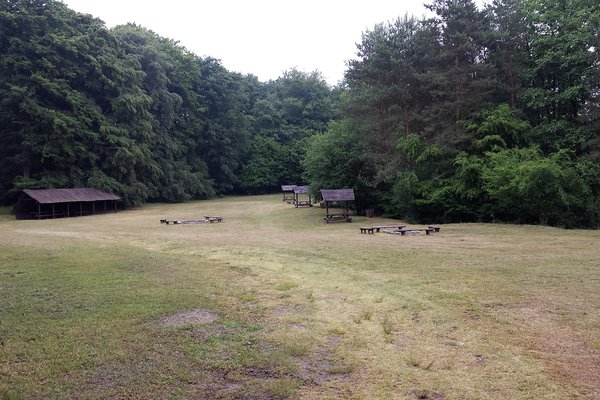 Iza Szumielewicz, a Radio ZET journalist and kayaker with 32 years’ experience (started early as a child) has flown down the Drawa six times and ranks it among her top favourite rivers.“I like wild rivers very much, those without overly developed infrastructure or a crowd of tourists, and this is precisely what the Drawa is like, if you do not go there during a weekend," she tells Polska.pl.

“I approach it with respect. It may be potentially dangerous in some places, with numerous wind-fallen trees, the swift stream and deep waters. If have gone down the Drawa so many times, and still I'm always a little bit afraid of it. And this is what I love it for in the first place! Iza Szumielewicz emphasises that the Drawa is not only about beautiful nature and adrenaline-rushing obstacles en route; it also creates organisational challenges.

“You can go through the National Park only with permission from its management, and they have set up limits, which is reasonable,” she says. “The Drawa is closed for kayakers during the bird-breeding seasons. Also the section between the Wiry lake and Prostynia is inaccessible, as it runs across a military training ground. But you may go there if the commanding officer agrees. The area is a training ground for NATO forces, so it is not easy to get the permit, but I have succeeded and encourage everyone to give it a try. It is a charming section, completely wild, without traces of civilization, one of the most beautiful on the entire trail.”

The Drawa has not undergone so much degradation as other Polish rivers. Nearly 30 fish species live there, including the roach, the perch, the gudgeon, the burbot, the salmon, the bulltrout and the trout.

“You can see Hildebrandia rivularis, which lives in clean waters, as well as sponges and bryozoa, or underwater meadows of the buttercup, Sparganium and Potamogeton in shallow backwaters,” says Monika Gdaniec. The Drawa is also home to numerous bird species, including the common goldeneye, the wagtail, and the kingfisher. The density of breeding couples of that last one is the highest in the country – 4 couples per 10 km. You can also see otters and beavers at the river.”

The abundant nature may make you oversee the interesting traces of human activity. The Drawa was a sailing route already in the 14th century. We know, for instance, that in the 18th century it was used for transporting honey from Drawsko to Frankfurt. From that century on, the river was also used on a large scale for floating wood downstream, a practice abandoned in the 1970s. You may notice over a dozen 19th-century “bindugas” – shore structures used for warehousing and preparing wood for river transport, built from ground beams. Three of them are used now as camp sites (Barnimie, Pstrąg and Kamienna).

Kamienna boasts one of the oldest operating hydro-electric power plants in Poland, with exquisite historical and technical features. Its construction started in 1896. Typical of the 19th and 20th century, it consists of a weir, a ground-built barrier, a fish ladder, a ramp for floating wood, a dam, and an electrical substation with a transformer station. The original equipment that has survived includes two hydro-power units with Francis turbines manufactured by a Swiss company Escher Wyss. 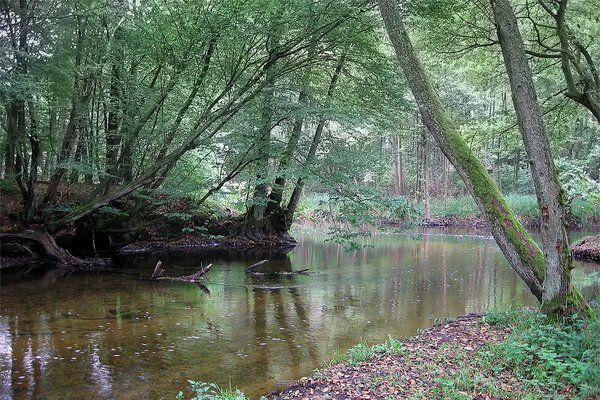 Within the boundaries of the National Park, the Drawa is available for kayakers for a fee between 1 January and 15 March, and between 1 July and 31 December, from 9 am until 7 pm. A maximum of 700 people may stay on the river at the same time.