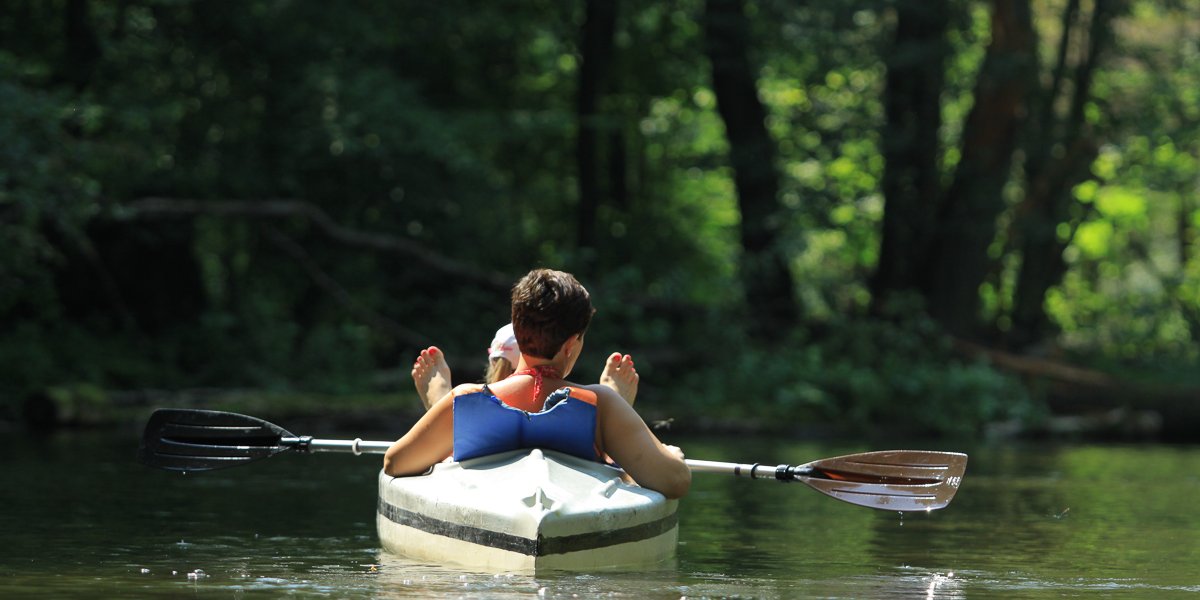 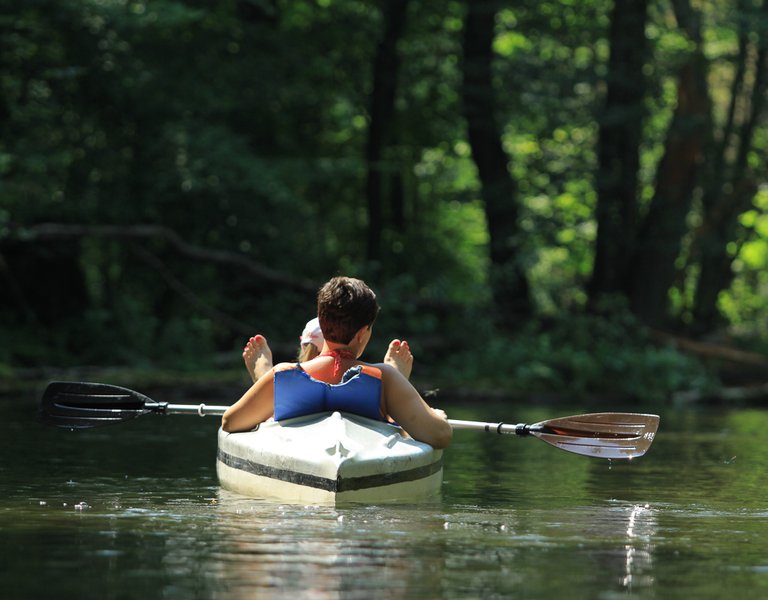 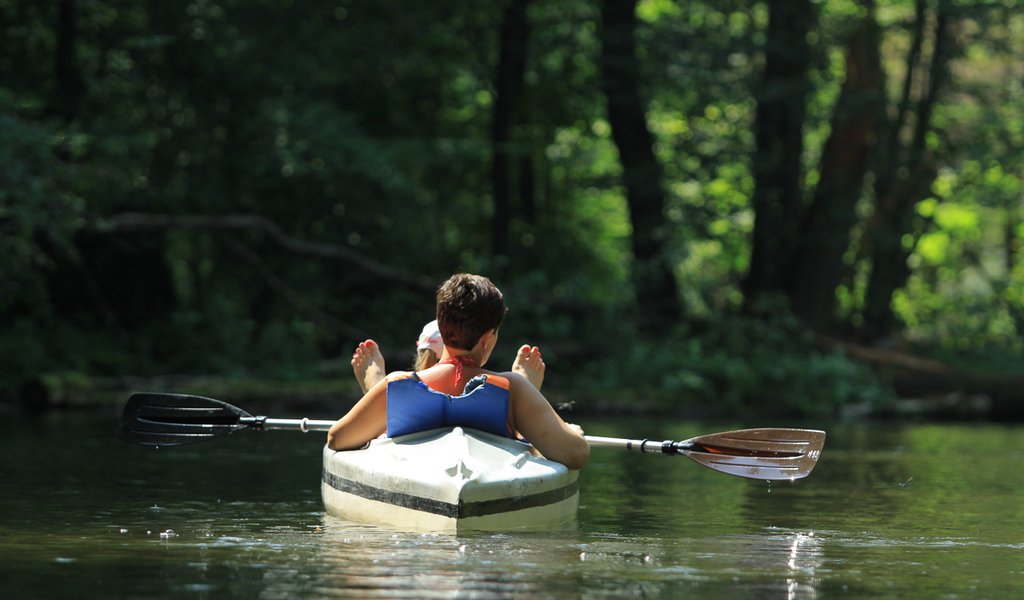 Kayaking enthusiasts in Poland can swim along picturesque, solitary routes on which wild vegetation and rare animals can be observed.

Organised kayak trips enjoy considerable interest in Poland. Tourists have at their disposal a wide range of well-stocked equipment rentals as well as numerous accommodation facilities to choose from. From a canoe or a silent kayak, one can admire the beauty of nature and marvel at the amazing landscapes and natural sights along the route.

Kayak trips in Poland are organised along routes that are considered the most beautiful in Europe, e.g.:

On the Krutynia River
The 102 km long kayak route runs through the Pisz Primeval Forest and the Mazurski Landscape Park. The most popular stretch begins in Sorkwity and ends in Ruciane-Nida. In the initial part, tourists are amazed by the current along 1.5 km of the Sobiepanka River, which can flow in both directions.

On the Rospuda River
A perfect idea for active leisure in nature untouched by man. Numerous rare animal and plant species inhabit the Rospuda Valley, including 20 representatives of the orchidaceae family. Rospuda is considered an easy and safe river to swim, although it can prove slightly challenging in the upper part due to violent turns, rocky shallows and broken trees. The route is 67 km long.

On the Biebrza River
The route is easy and safe, and the river has a very slow current. Due to its natural richness it is often called the Polish Amazon. Boundless backwaters of Biebrza abound with rare bird species, which can be watched from a kayak.

On the Czarna Hańcza River and the Augustów Canal
The route begins in Lake Wigry and ends in the town of Rygol. It consists of a small and a bog loop. It takes about 6 days to cover the small loop, and about 9 days to cover the big one. During the trip, streams at the Augustów Canal have to be crossed. The locals often occupy the bank of the Czarna Hańcza River and sell home-made snacks, such as drop scones and bilberry buns.  Kayak trips along this route were frequently organised by the young Karol Wojtyła, who later became Pope John Paul II.

On the Pisa River
The upper part of the route covered with forests and cutting through small hills is the most interesting part of the route. This meandering lowland river connects the Great Masurian Lakes with the Narew River. The trip from Pisz to Nowogród takes 3 days.

On the Łyna River
Owing to the size of the river (which is one of the largest rivers in Warmia and Masuria) and its  varied nature (from calm and gentle to swift, almost wild), the route is considered immensely interesting. The entire route takes around 8 days. On the way, tourists can visit Olsztyn, Lidzbark Warmiński, Bartoszyce as well as other cities.

On the Drawa river
This river flows through the Drawa National Park in north-eastern Poland, crossing 19 lakes. It is 186 kilometres long. The Drawa resembles a mountain river with rapid currents in many places. The section from Czaplinek through Drawno to Noteć is called the Karol Wojtyła Silver Kayaking Route. You can go here on both one day and 8-10 day kayaking trips. 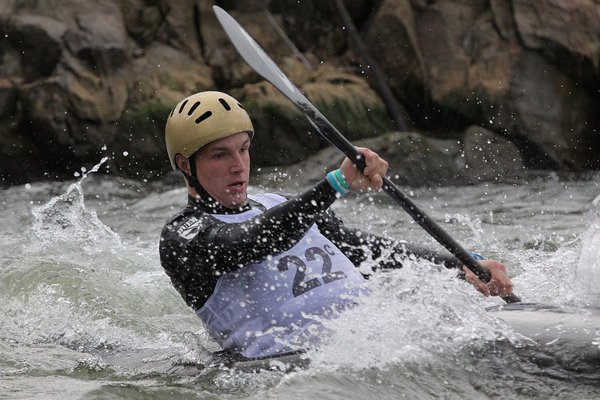 Leisure kayaking is not the only river activity to attract the interest of Poles and tourists visiting Poland – whitewater kayaking is also growing in popularity.

The best conditions for whitewater kayaking are in the Beskid Mountains, on the Białka and Dunajec Rivers and in the Sudetes on the Kamienna River. Beginners have to remember that trips on mountain rivers should not be undertaken alone. First-timers are recommended to start their acquaintance with kayaking at one of the numerous sports clubs.

In Poland, there are several artificial kayak tracks: in Krakow, in Drzewica (Łódzkie Voivodeship) or in Zabrzeż-Wietrznice in the old river bed of the Dunajec River. A natural kayak track, in turn, is located at the Kwisa River gorge in the Sudetes. The track's availability depends on the water level. The best conditions are observed in spring.

Poland has the only whitewater kayaking track in Europe to be located in the very city centre. It is called the Farny Weir, and was constructed in Bydgoszcz in 1996.