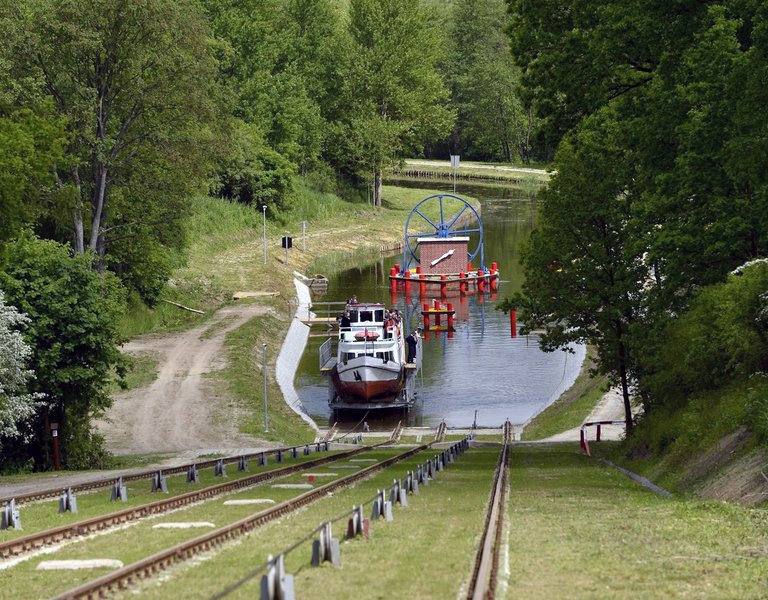 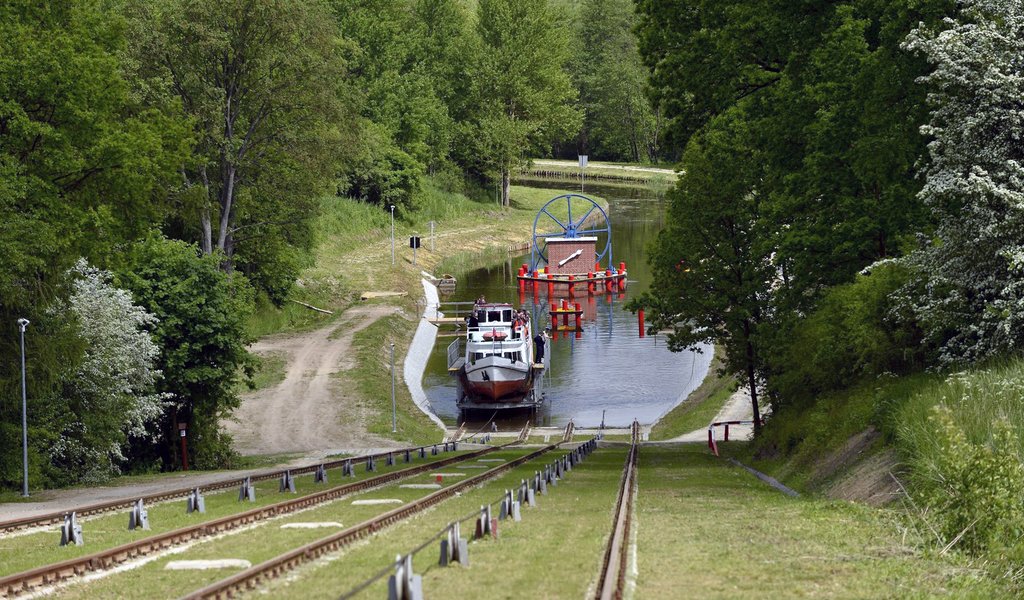 Following a four-year renovation, the Elbląg Canal is once again open to tourists. It is the world's only waterway through which ships not only sail, but also ride – on rails.

Stretching and snaking over 150km, including its tributaries, the Elbląg Canal is the longest shipping canal in Poland. The canal connects the Iława Lake District with the Vistula Lagoon through, among others, Druzno, Piniewo, Sambród, Ruda Woda, Ilińsk and Drwęckie lakes. It is a unique monument of 19th-century hydraulic engineering with perfectly preserved and still-used infrastructure. The canal is the lifework of Georg Jacob Stenke (1801-1884) – an engineer born in Königsberg (today’s Kaliningrad). Commissioned by the King of Prussia, Stenke designed the waterway to provide East Prussia with access to the Baltic Sea.

Although construction began in 1844, the nearly 100-metre difference in height between Piniewo and Druzno proved to be a big obstacle faced by the designer. In order to circumvent this, Stenke designed a system of five inclined planes with the so-called dry conveyance. To carry ships between sections situated at different levels, they are placed on carriages and dragged on rails using steel ropes which are moved by a water wheel. Another historic canal, which uses such a solution, is the Morris Canal, in New Jersey (USA). However, unlike the Elbląg Canal, it has been out of use since 1922. One of the Polish waterway’s most impressive features is that many of its original elements have been preserved. These include four locks, four protection (flood) gates, five weirs, administrative buildings and staff housing. Free water flow between waterways is ensured by siphons, levers and aqueducts. 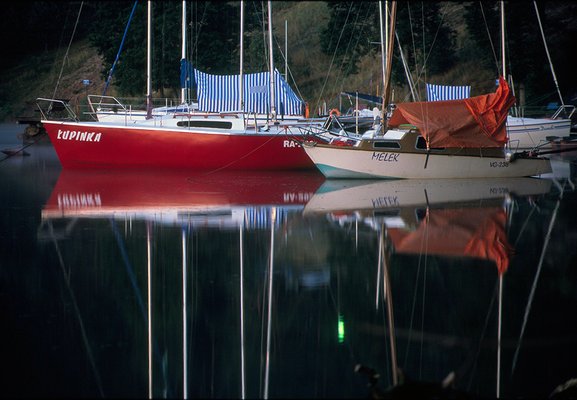 The Elbląg Canal is open during the shipping season from May to September. Every year, thousands of tourists sail through the canal. These are both cruise line passengers and individual water enthusiasts. Cruises are organised, among others, by the Ostróda-Elbląg Navigation.

For over 150 years, the canal’s machines and mechanisms remained unchanged, while the canal was constantly used. Thus, the first major renovation, which started in 2012, proved to be a challenge. “Inclined planes, which are the most technically complex elements, were the biggest problem,” Bogusław Pinkiewicz, a spokesman for the Regional Water Management Board in Gdańsk, which is responsible for the canal on behalf of the State Treasury, told Polska.pl. “Documentation in this regard was incomplete, so we had to find out how everything works while on the job. Initial plans and expert opinions had to be modified, as the canal revealed its actual wear and tear after draining it.

Moreover, all locks, buildings and the Chamber of History of the Elbląg Canal in Buczyniec were renovated. Certain sections were desilted, while banks were reinforced. The work was supervised by a monument conservator. “The idea was to restore the canal to its former glory and, at the same time, retain as many original elements as possible,” adds Pinkiewicz.

The waterway borders on nature reserves. From a yacht’s deck you can watch grebes, grey herons, cranes, cormorants and swans. Due to natural and cultural values, the canal and its immediate surroundings are legally protected as the Elbląg Canal Protected Landscape Area. Pursuant to a regulation put into law by the President of the Republic of Poland, the canal was listed as a historic monument in 2011 one of the ways to protect monuments in Poland; to be recognised as a historic monument, an object must be of particular historical, scientific or artistic value). In a survey conducted by the “Rzeczpospolita” daily in 2007, Poles voted the canal to be one of the seven wonders of Poland, along with, the Wieliczka Salt Mine, the Castle of the Teutonic Order in Malbork and the Wawel Cathedral in Kraków. Efforts are underway to add the monument to the UNESCO World Heritage List.