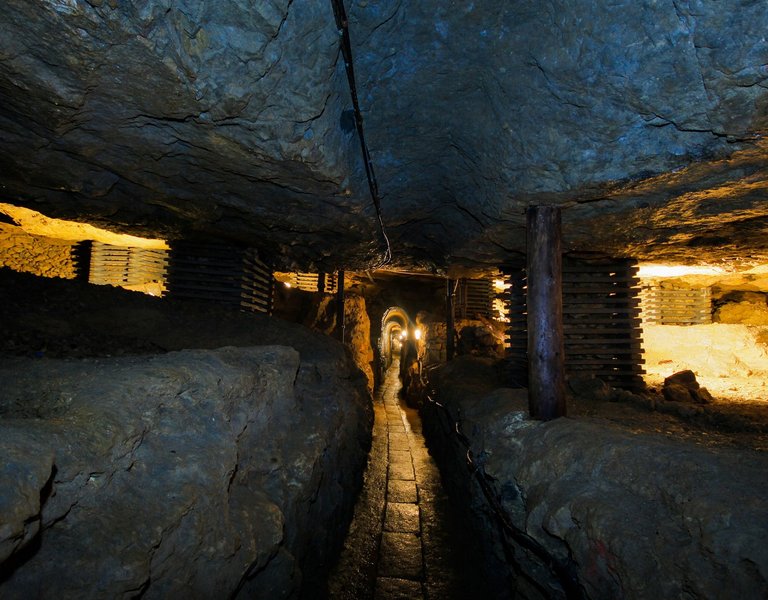 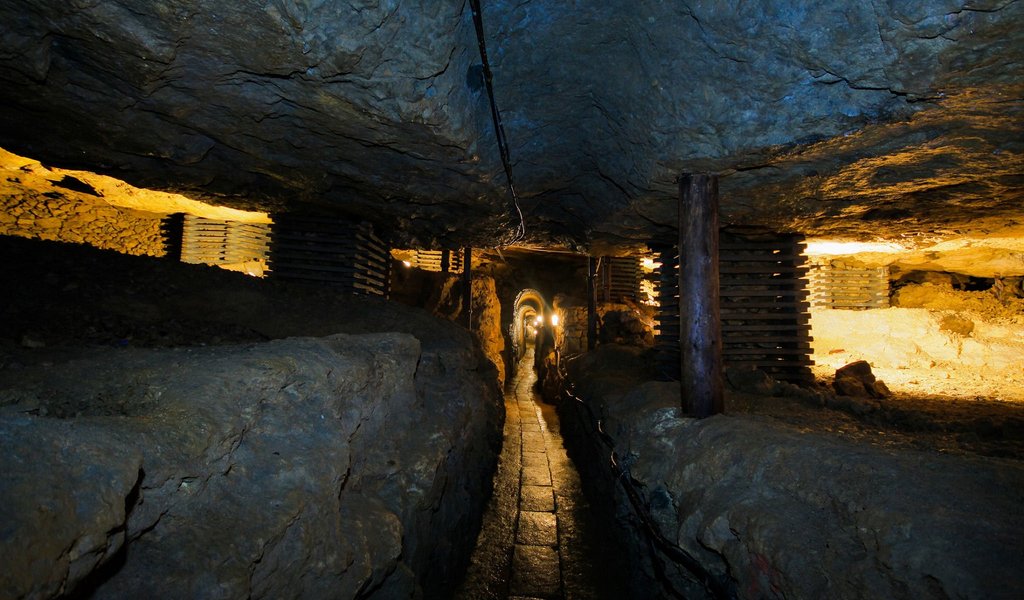 Through shafts and drifts

On 4 December, Polish miners celebrate St. Barbara’s Day – a traditional feast held by miners in honour of their patron saint. For this special day, we invite you to travel across Poland along a route punctuated by the most interesting historic mines.

The Royal Salt Mines in Wieliczka and Bochnia (Małopolskie Voivodship)

The Wieliczka Salt Mine is the most popular technical monument in Poland, visited every year by more than a million tourists from all over the world. Following Bochnia, it is the second oldest and largest mining plant in Polish territory to remain in operation without interruption from the second half of the 13th century to the 1990s. Salt was the most important mineral in Poland and under the 14th century reign of King Casimir the Great, the proceeds from its sales represented a third of the state’s revenues. 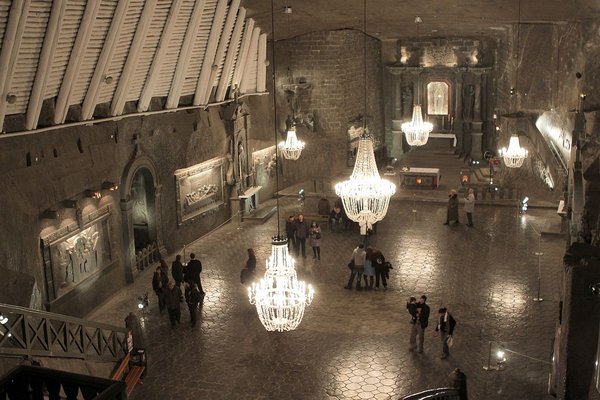 For seven centuries, more than 2,000 chambers, 26 shafts and an almost 300 km long maze of galleries were drilled in the mine. Its deepest, ninth level reaches 327 m. There are several routes available to visitors and the most popular tourist route consists of almost 3 km long winding galleries and 800 steps of stairways leading to a depth of 135 m. Its jewels include St. Kinga’s Chapel, lit by salt chandeliers, as well as chambers carved out in salt, underground lakes, salt sculptures and bas-reliefs. On the third level (135 m) is the Museum of the Cracow Salt Works, including a collection, which is unique in Europe, of former wooden hoisting machines, so-called treadmills, different varieties of salt and halite crystals from the Crystal Cave underground natural reserve.

The Bochnia Mine started operations in 1248 and for several centuries, together with Wieliczka and the associated salt-works, it was an extremely profitable Royal Enterprise (the so-called Cracow Salt Works). The sightseeing route contains beautiful salt chambers, chapels and sculptures carved out in salt, mining tools and machines, in addition to a multi-media exhibition dedicated to the history of salt mining and trade. Part of the route can be travelled in a boat or in an underground railway.

Both mines are included in the list of the UNESCO World Heritage Sites.

Krzemionki is one of the world’s most interesting and most valuable prehistoric mining monuments. A complex of 4,000 banded flint mines, which were operated in the Neolithic and Early Bronze Ages (3,900-1,600 BC), has been preserved in an almost intact state. The largest and technologically most advanced mines reached 9 m depth and occupied an area of several hundred squares metres. The raw material extracted by miners was passed on to stoneworkers, who used it to make blades for axes, knives, scythes and other tools.

The tourist route is 2 km long, 500 m of which runs underground. The original headings, mining heaps and post-shaft depressions depict a unique industrial landscape from 5,000 years ago. A reconstructed shaft roof, a stoneworker’s shop and miners’ camps can also be seen.

The historic Guido Coal Mine in Zabrze (Śląskie Voivodship) 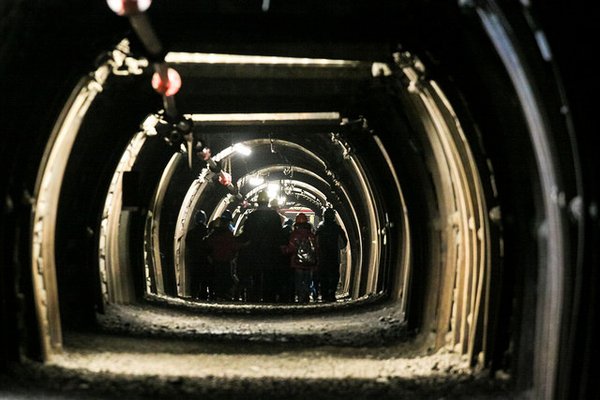 In the mine, which was made operational in 1855, two levels are open to visitors: 170 m and 320 m under the ground level. Visitors are taken by an original Berlin hoisting machine dating from 1927, which moves down the shaft at a speed of 4 m/s. In the galleries and chambers held at 170 meters below ground visitors learn about the history of Silesian mining and former coal extraction methods.They also get to see tools and rescue equipment as well as an unexpected find – the perfectly well preserved horse stables from more than a hundred years ago. The attractions of the deeper level, 320 meters below ground include a descent into a heading, a ride in a suspended railway, operational mining machines and a pub with a crude interior design typical of a mine.

The Gold Mine in Złoty Stok (Lower Silesian Voivodship)

Over more than 700 years, about 16 tonnes of pure gold was extracted in Złoty Stok. In the 18th century, the highest profits came from the production of ... arsenic trioxide produced from arsenic ores.

Today, visitors are able to admire three drifts, with an underground waterfall in one of them. Here, we see a collection of miner lamps, a gold melting furnace, old mining and metallurgical tools. According to ancient mining lore, gnomes – considered a good spirit of the mine – can be seen in the so-called Death Gallery (a place where miners suspected of gold theft were purportedly killed). In the vault, there are 1,066 mock gold ingots corresponding to 16 tonnes of the extracted bullion. Visitors to the mine can also see what happens during gold washing, the minting of gold coins and the casting of ingots. 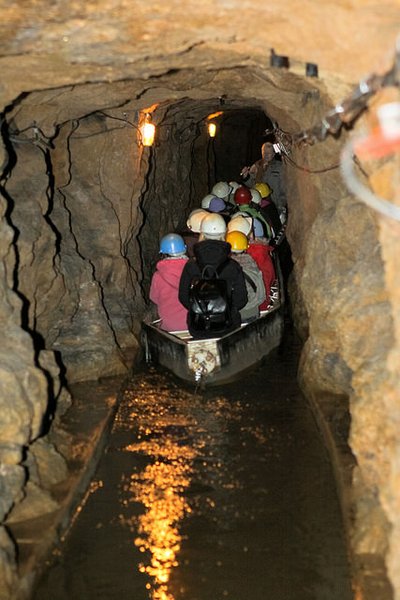 A mining settlement and the first silver-bearing ore mines emerged here at the turn of the 15th and 16th centuries. The underground tourist route is 1,740 m long, including 270 m travelled in a boat. On the route, there are e.g. 18th- and 19th-century mine faces, reconstructed work posts, 18th-century wooden carts with the output, a carstic depression and huge dolomite blocks which have fallen from the ceiling, blocking the drift. The route includes audio effects such as the sounds of miners working, running carts and blasting works can be heard.

The Black Trout Drift from 1834 is a section of the Deep Drift, the longest drift in the complex of the Tarnowskie Góry mines, which takes mine waters out to the surface. Visitors take a shaft down 20 meters, where they then travel with a boat across a 600-metre section of the drift, illuminated by the flickering glow of carbide lamps.

The helmsman sets the boat in motion by pushing it from the walls, called cheeks. The blasting holes that have been drilled to put in blasting charges can also be seen in the walls.

The mining traditions of Kowary date back to the 12th century. In the 1920s, using old drifts  where iron ores had been extracted, Germans started to mine uranium. After World War II uranium ores were sent to the Soviet Union. They were extracted by the secret Industrial Plant R-1 and the miners lived and worked under the permanent supervision of the security services. In Kowary, more than 20 drifts and tens of kilometres of headings reaching a 700 m depth were drilled. In 1973, the plant was taken over for scientific purposes by the Wrocław University of Technology.

The tourist route (fully free from radioactive radiation) connects visitors to the 800 years long history of Kowary mining, in particular its most recent and most mysterious chapter. In the vault, there is a collection of minerals, precious stones and metals and ores.