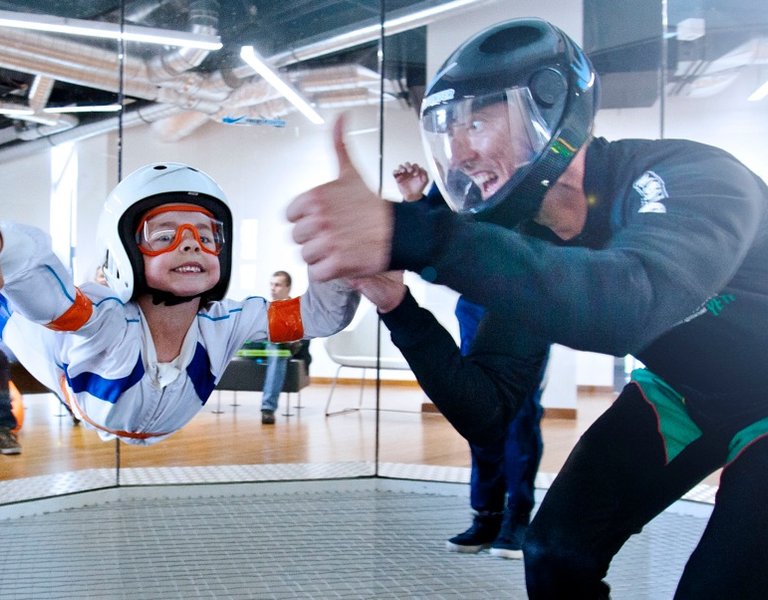 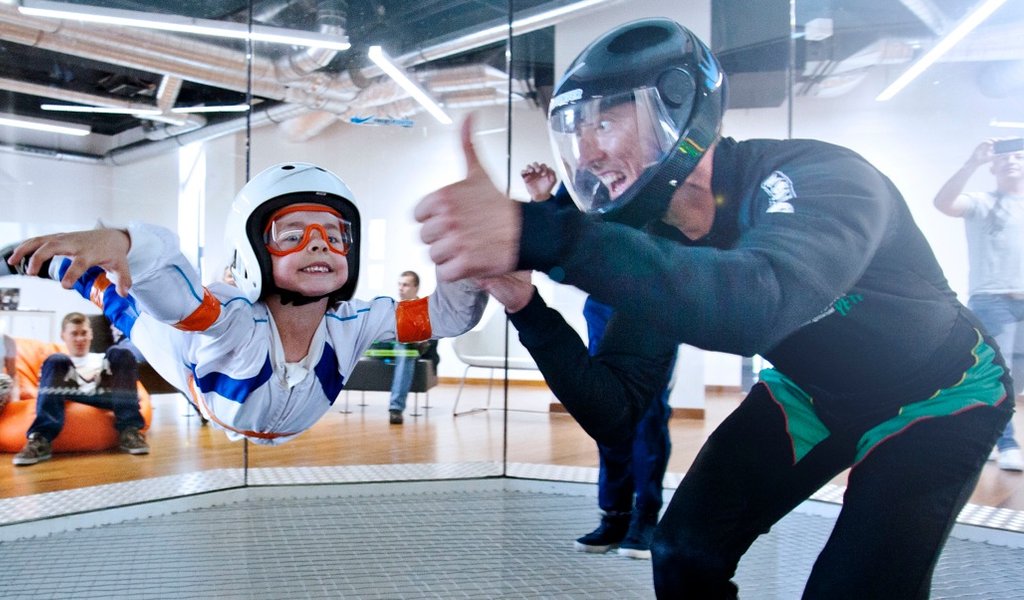 Where everyone can fly

“Everyone who is older than three can fly with us, handicapped persons too,” Diana Pawelec, an employee of FlySpot, a tunnel located in Ozarow Mazowiecki near Warsaw, tells Polska.pl. “Free flying is a great exercise for the whole body. Thanks to it people can develop many muscle parts of which they weren’t aware before,” adds FlySpot’s representative.

A vertical aerodynamic tunnel is a machine which produces air streams that are strong enough to lift a man. It gives a sense of free flying, just as in parachuting. The biggest advantage of the tunnel is its ability to fully control flight conditions, something that is impossible to do during a real jump.

Until recently Polish parachutists had to travel to to the Czech Republic or Germany to practice aerial aerobatics. Now they do not have to leave Poland. Parachuting is steadily gaining an increasingly big fan base in Poland. According to figures provided by the Civil Aviation Office, in 2006 there were just over 500 licensed parachutists in Poland. By 2013, there were already more than 1,300. Over 50 schools offer parachuting courses. For several years now, Polish competitors have been winning medals in accuracy landing at both European and world championships. Poles have also been climbing up the European aerobatics rankings. 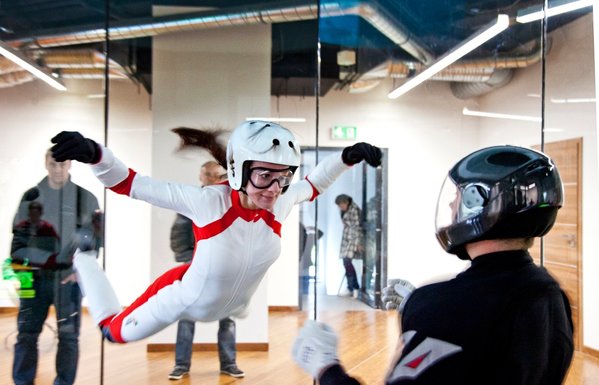 Parachuting skills can be significantly improved by training in a professional aerodynamic tunnel. The FlySpot centre located just 15 minutes’ car drive from Warsaw Chopin Airport, near the West Warsaw junction by the southern ring road, is one of Europe’s leading facilities. The tunnel occupies a 27 m-high building and lies 11 m deep in the ground. There is a tube nearly 4.5 m in diameter inside, in which the ventilation from huge rotors allows speeding up the air up to about 280 km per hour. A similar speed is reached by parachutists during a dive from 4,000 m. The building uses technology imported from a German tunnel in Bottrop.

“FlySpot is one of the state-of-the-art constructions of this type in Europe,” Diana Pawelec points out, adding: “Thanks to our tunnel we can attract parachutists not only from Poland, but also from Australia, Finland, Greece, Spain and South Africa. Half of our instructors come from abroad. This team is run by Tyler Baird from Australia, who is one of the world’s top ranked parachuters.

Baird says that the unique opportunity to take up the position of chief instructor in the aerodynamic tunnel, in his opinion one of the most innovative facilities in the world, helped persuade him to move to Poland. “The air flow is almost perfect, the stream is strong and even, which gives you amazing opportunities,” the Australian explains. He enjoys getting to know new places and culture. “Poland is my second home now,” says Baird. 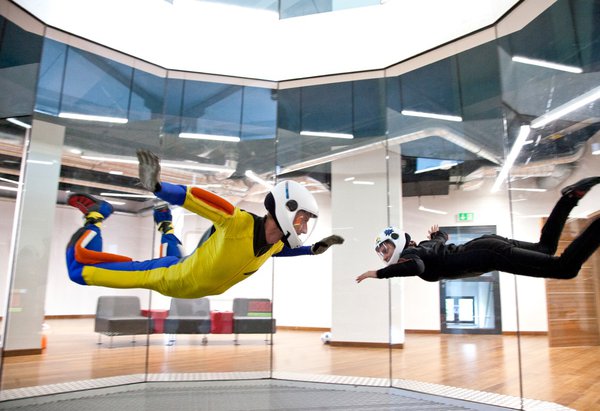 Another newly opened facility, the Freefly Center tunnel, is located near the airport in Leszno, a civilian and sports facility, which complements the centre’s offering, with plane and glider flights as well as parachute jumps. The tunnel uses original Polish technology and offers flight conditions comparable to those of its competitor in Ozarow, which means a speed of gust up to 250 km per hour (the target is 300 km per hour) and the same flight altitude – 10 m up. The tunnel is approximately 4.6 m in diameter.

“Our tunnel is the biggest in Europe, when it comes to the diameter of the room,” Przemysław Wolański, co-owner of the Freefly Center, told Polska.pl. “Although the difference between us and our competitor from Ozarow amounts to nearly 36 cm, please believe me, it is very important for the parachutists.”

Leszno is also visited by instructors from abroad, including Great Britain, France, Sweden and Finland. “During the recent World Parachuting Championships, which took place in August 2014 at the nearby airport, every pilot tested our tunnel at least once. And it was the parachuting elite from all over the world,” emphasises Wolański.

There is one more aerodynamic tunnel in Poland, which has been operating since 2013— Maxfly in Pradki near Bydgoszcz. This facility is smaller than the others, with a diameter of 3 m. It is designed especially for beginners.