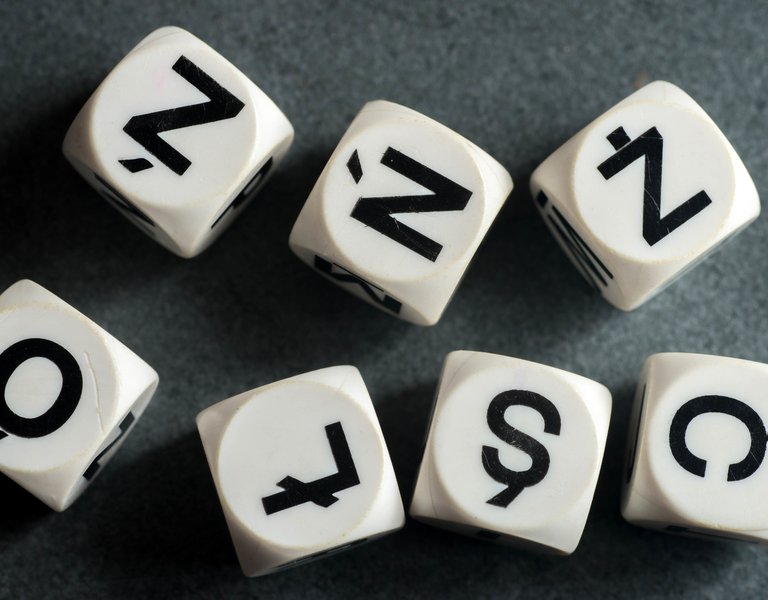 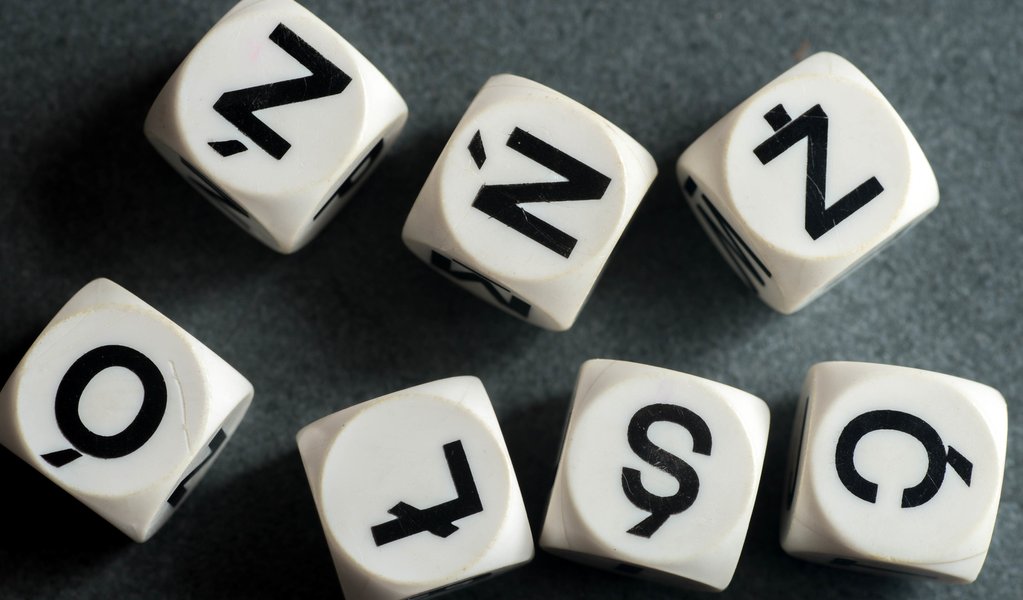 Have you been meaning to start learning Polish but never got round to it? Dr Anna Rabczuk of the Polonicum Centre of Polish Language and Culture for Foreigners at the University of Warsaw, author of an online language course, explains why it is worth taking the plunge and what Polish learners are most often up against.

Poland.pl: Why Polish language it's worth learning?

dr Anna Rabczuk: First, you may find Polish easier than other Slavic languages (especially Belarusian, Bulgarian, Macedonian, Russian, Serbian, and Ukrainian), as the alphabet we use is based on Latin.

When you already speak Polish, you are likely to get the gist of what is told to you in other Slavic languages, in particular Czech and Slovak, and to a certain degree in any language spoken by the Slavs. Also, if you pick a holiday destination that’s favourite with the Poles, such as Egypt, Croatia, Turkey and Greece, you are sure to meet there guides and other tourist operators with whom you will be able to communicate in Polish. Given the size of the Polish diaspora worldwide, Polish-speaking people can be found virtually everywhere, especially in the United States, Canada, Brazil, Germany, Ukraine, the UK, Australia, France, and Iceland. 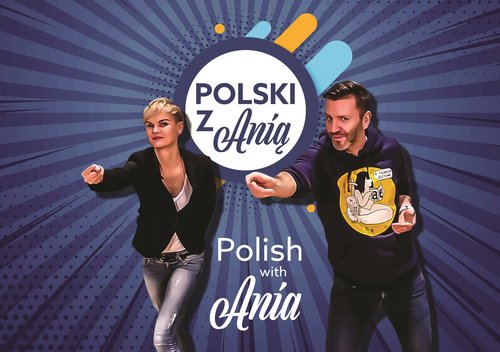 Another thing is the shape our brain is in: the more time we spend learning a language, the better for our brain. Learning Polish is like a perfect workout for your grey matter, complete with push-ups, sit-ups, jogging, squats and even somersaults.

Employers too are placing a higher value on the knowledge of foreign languages which are not as popular as English or Spanish. While these ‘big’ languages have many speakers, it is less familiar languages that open up new opportunities. A career in an international and multilingual environment is something many people dream of, and Polish can become a door opener.

Last but not least, the Poles are absolutely crazy about foreigners who can speak even a tiny bit of Polish. If you know a few Polish expressions, Polish faces will be all smiles; if you are fluent in the language, Poles are going to love you. I guess that as a nation, we can appreciate the effort put into learning Polish. By learning Polish, you will kill many birds with one stone.

Who is the Polish with Ania language course designed for?

The Polish with Ania videos feature grammar tips for foreigners who are interested in Polish. Rather than offering a complete course, we focus on the grammar which foreigners learning Polish have the most difficulty with. It will be useful for regular students who must do their homework but are not sure if they have grasped everything. The videos are also good for self-study, when students have no contact with their tutors or want to revise what they have learnt a long time before. We have viewers all across the world at different levels of proficiency. Our colleagues teaching at different locations sometimes play these clips during their revision classes. Initially, the videos were meant as an aid for students who have skipped a class and have new material to learn, and as a way to revise grammar before a test or exam. But they have turned out to be an important teaching aid for teachers of Polish as a foreign language who are cutting their teeth in this profession.

Is Polish a difficult language?

It depends on your point of view. If you ask whether it’s difficult for a Ukrainian, a Serbian, a Czech or a Slovak, then no, it isn’t. Will it be difficult for a Saudi or a Japanese person – perhaps. Having said that, I know many people from these countries who speak Polish fluently. Do Poles find Hungarian or Hebrew difficult? I suppose they do, a little. And Czech? Certainly not as much. By the same token, Polish will not be so much of a challenge to most Europeans, people in both Americas and part of Australia whose mother tongues go back to the same root, the Indo-European language. Exceptions are Finnish, Estonian and Hungarian, which belong to the Finno-Ugric rather than the Indo-European group. 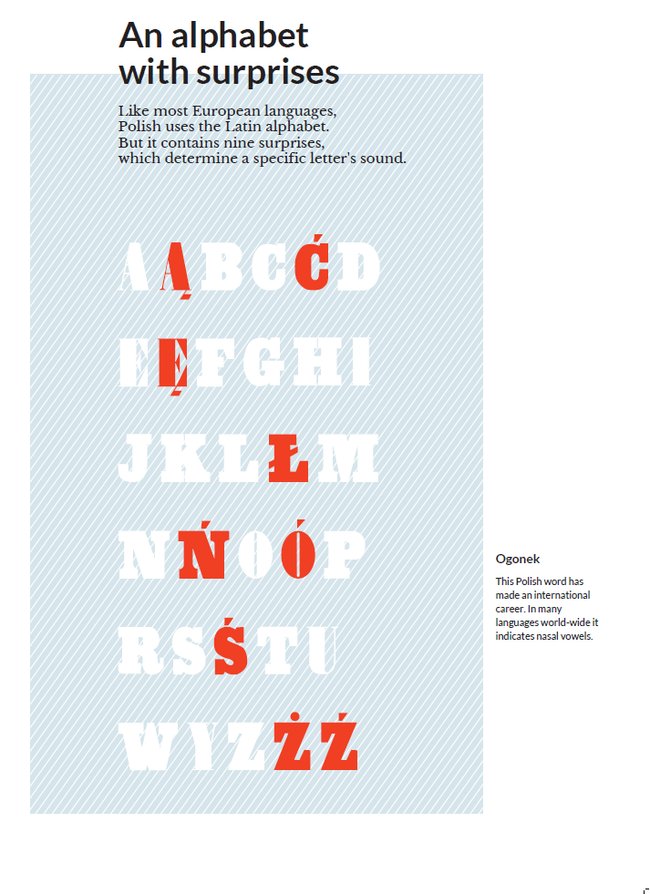 When you look at specific examples, it is very easy to demonstrate that Polish is not that difficult for most speakers of the languages that originate in the Indo-European family. Foreigners from that group who have never learnt Polish will easily understand many words that are now part and parcel of the Polish language. These include, to name just a few: lampa, bank, telefon, metro, psychologia, biologia, hotel, parking, komputer, pizza, banan, etc.

Let’s have a look at grammar now. To get to grips with Polish pronunciation, which may prove challenging for foreigners at first, you should start by learning the phonetics of diacritical marks, or the little strokes and tails. You also have several digraphs (e.g. sz, rz, cz) and one trigraph (dzi) to deal with. Word stress is not a major problem in Polish, as it is usually carried by the penultimate syllable. This cannot be taken for granted in many languages such as Spanish or Russian. We do not have silent consonants either, which means that we read / pronounce everything we see. This sets us apart from, say, English or German. It usually takes about 20 minutes to explain and teach these rules to students.

Polish has no articles, and figuring out a noun’s gender is common sense and easy to remember.

Another issue is the number of tenses. Modern Polish has only five (that’s right, even though most Poles think there are three. By way of reminder, we have two past tenses: 1. robiłam, 2. zrobiłam; one present tense: 3. robię; and two future tenses: 4. będę robiła, 5. zrobię – that makes five). Moreover, Polish has far fewer verb conjugations than many other European languages.

Naturally, Polish abounds in nuances that native speakers despair of, such as the declination of collective numerals. While such sentences as Poszłam na spacer z dwojgiem dzieci [“I went for a walk with two children”] are a no-brainer (even though we are likely to simplify it by swapping the numeral dwójka for dwojgiem), real trouble begins when a sentence features several dozen or kilkadziesiąt children. But which language is free of such pitfalls? Some say Chinese grammar is simple. While this may indeed be true, to communicate at a basic level you need to memorize around 2,000 characters. Is it easier than Polish grammatical cases and inflectional endings that spook foreigners as they begin their study? I guess every language has its surprises that are not always nice to those who study it. Still, it gives you loads of fun and satisfaction, it opens up new opportunities, and it allows you to explore the world anew through new words, and to get to know yourself better. For example, some languages have names for emotions we don’t have in Polish. Polish is no exception here.

What would be your advice to those who are embarking on their adventure with Polish?

First, to approach their study of Polish like a fascinating adventure. Be curious, take pleasure in your first steps, don’t hesitate to use new words and structures, be proud of the progress you’ve made, however little it may be. Second, if your mother tongue differs a lot from Polish and, say, has no accusative, think how good it is to familiarize yourself with a new way of describing the world, to take a new perspective on something that has so far been depicted to you in one way only. When you are fed up with all these endings, look for patterns and you’ll realize that you don’t have to remember that many of them, as there is always something that repeats itself. Next, don’t give up. When learning new things, you are bound to have your ups and downs. Mistakes and gaining new skills and knowledge go hand in hand; we cannot learn without erring. The study of any language takes time, consistency, discipline, perseverance and repetition through regular exercises and practice. Polish is no different. If you speak no Slavic language, Polish will seem a little more complicated at the beginning of your adventure, but it will get better and better. Use Polish wherever you can, if only single words. If you ask for a słoń (“elephant”) instead of a słomka (“drinking straw”) at a bar, everyone will be very pleased and happy to help you, and together you will be able to figure out what you meant. Ask your Polish friends not to switch to other languages when talking to you; speak Polish. This will take much more time at first, but it will certainly pay off. Listen to Polish music, watch Polish movies or movies in your language with Polish subtitles. Spend 15 minutes every day reading / speaking / writing or listening to Polish. Fifteen minutes a day will bring you more than three hours once a week. Come to Poland, immerse yourself in its culture, go on a date with a Polish woman or man. Fall in love with Poland – love can be your best drive. 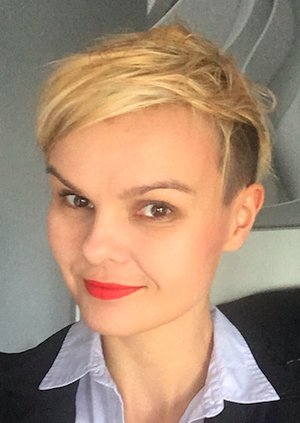 dr Anna Rabczuk, in an Assistant Professor at the PolonicumCentre of Polish Language and Culture for Foreigners at the University of Warsaw, was a head of postgraduate studies in Teaching Polish as Foreign Language. For two semesters she was a guest lecturer at University of Iceland and visiting professor and Polish Language Coordinator at the Slavic Languages and Literatures Department at the University of Toronto (2016-2018). She graduated in Cultural Studies (M.A.) and Polish Philology (M.A.) and completed her PhD in the Humanities (Linguistics and Language). Anna Rabczuk is the author of a number of articles about teaching Polish to foreigners and of a Polish course books for children, teenagers, and for adults. She has cooperated with numbers of universities, among others: in Germany (Potsdam and Mainz), Ukraine (Lvov), Scotland (Glasgow), France (Paris), Spain (Extremadura), Austria (Vienna), Iceland (Reykjavik) and Canada (Toronto). Her research interests are foreign language acquisition, instruction in Polish culture for foreigners, teaching Polish and Polish culture to foreigners, sociolinguistics, language politeness, pragmatics, methodology for instructors teaching foreigners Polish language and culture, intercultural competence, emotions in languages, Polish language correctness, modern Polish.

She leads her own educational channel on YouTube "Polish with Ania". 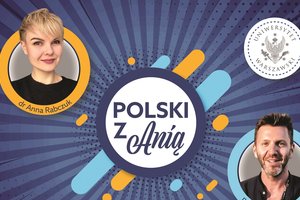 Meet dr Anna Rabczuk from Polonicum Centre of Polish Language and Culture for Foreigners at the University of Warsaw and try to improove your Polish with her online grammar course. We promise this time Polish grammar will not bite you! 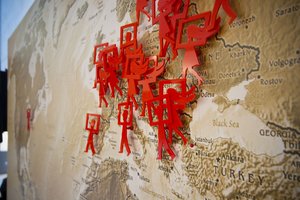 The Polish language is the European Union’s biggest Slavic language. Although it still does not top the list of the most eagerly chosen foreign languages, it enjoys a constantly expanding circle of advocates and devotees. Why do students from different corners of the globe decide to study Polish and is it really as difficult as it is said to be? That is what we asked Dr Piotr Kajak, a teacher of Polish as a foreign language, an assistant professor and deputy director of the Polonicum Centre of Polish Language and Culture for Foreigners at the University of Warsaw.