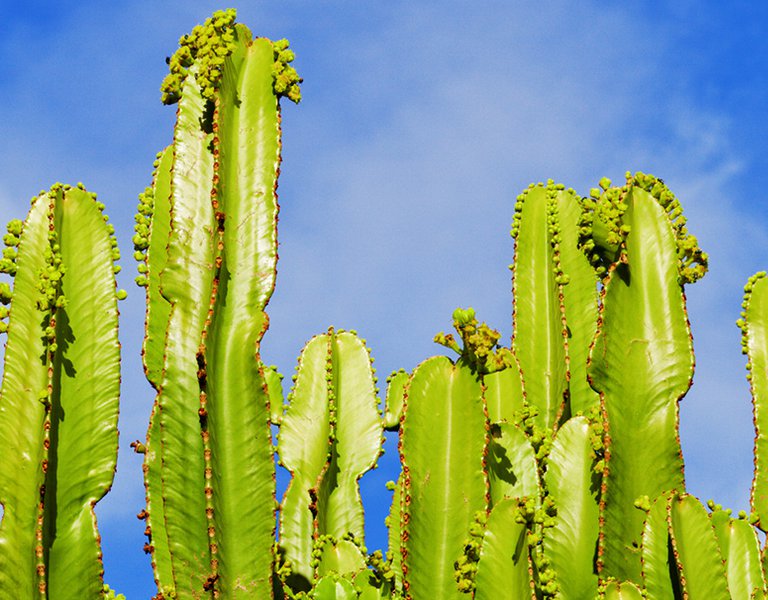 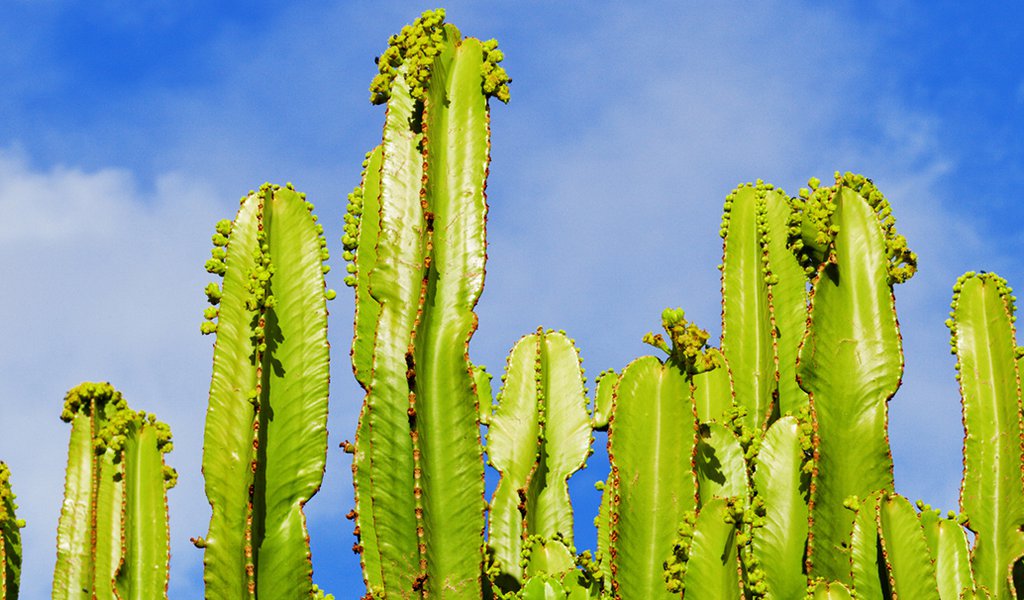 The collection of Mr and Ms Hinz in Rumia near Gdynia features nearly two million spiny beauties. It is one of the largest collections of this type in Europe.

The farm in Rumia is one of the oldest cactus cultures in Poland, and definitely the most famous one. In greenhouses with the surface of half square kilometre, one can feel like in Wild West, especially when the silhouette of the owner wearing his inseparable cowboy hat and a vest emerges from among four-metre-tall plants. Andrzej Hinz, who continues the work of his grandfather and father, personally takes care of each of nearly 2 million plants representing five thousand species. He enjoys watching how they cover with colourful flowers.

‘There will be a full variety of colours at the opening of the season at the beginning of May,’ he beams in the interview with Poland.gov.pl and explains that his culture is not composed of cactuses but of succulents – plants which can retain water for a long time, and transpire only in the night, when it is cooler, and water loss is significantly reduced. ‘Succulents live on all continents apart from Antarctica and Arctics, and four species are native to Poland: Sedum acre and Hylotelephium telephium can be found even on meadows, and Sempervivium in the mountains,’ he adds. 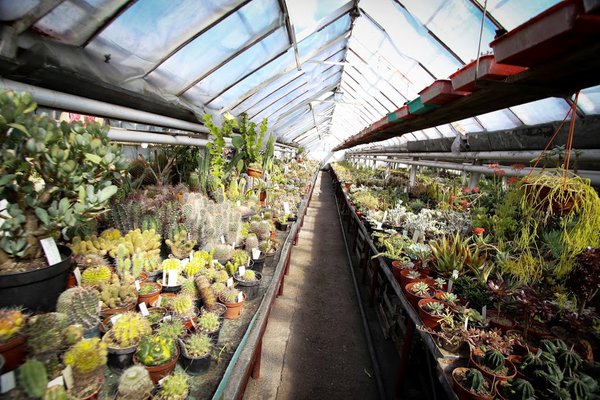 The collection of succulent plants on the farm is composed of species from all over the world, including the rarest ones shipped by fellow enthusiasts and brought by clients. The culture began before World War II with cactuses presented to Grandpa Hinz by a sailor whose ship arrived to Gdynia. Grandpa Hinz used to have a horticultural farm, but he cultivated mostly flowers and vegetables. Cactuses became his hobby and involved him so much that he wrote four books about them and gave lectures across the world. But it was only his son that could live off cactuses. ‘For a major part of the year, my parents lived off growing plants, but in the summer their business would come to a standstill because their clients used their own gardens. So when a fellow florist gave us a kilogram of cactus seeds, my father learned to propagate them, and cactus pots started covering an increasing surface of the greenhouse,’ tells Andrzej Hinz. The culture was flourishing because at the time of closed borders many people wanted to have a scrap of desert in a pot.

Andrzej Hinz took over the farm from his father. Together with his wife, Łucja, also a graduate of a technical high school of horticulture, they mastered the skill of propagating cactuses regarded as a real challenge. Later on, they taught their workers how to pollinate the plants with small brushes. 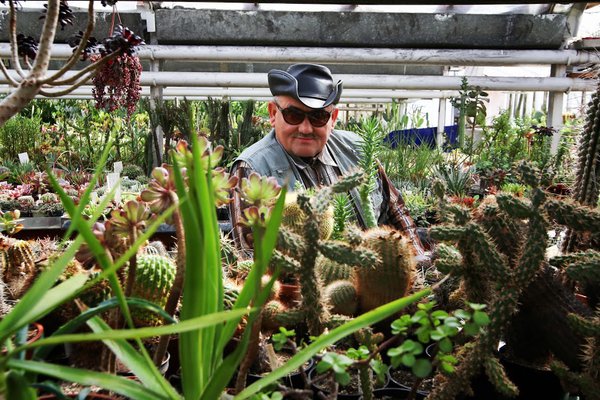 Today, the cactus farm in Rumia is one of the largest in Europe, and is visited by the enthusiasts of spiny plants from all over the world. And not only. Hinz's farm is a real paradise for school trips and families with children. It breeds fluffy silkies in ten different colours, fawning kittens and rabbits. Entrance is free of charge. The Hinzs provide for the farm with plant sale (for symbolic prices starting from PLN 2 per plant). ‘I strongly believe that this place was created by God Himself for the enjoyment of people, and I am only its guardian. Our efforts are compensated with the sight of children, also those on wheelchairs, who derive so much pleasure from contact with nature or feeding hens and rabbits with willow branches that they are almost out of breath,’ says Andrzej Hinz.

The cactus farm is also frequently visited by cactus lovers, who do not have to be explained that from October to March the plants are not watered at all, that they cannot overdose sun and that foil is extremely beneficial for them. They keep their plants in greenhouses, in specially prepared attics and patios. 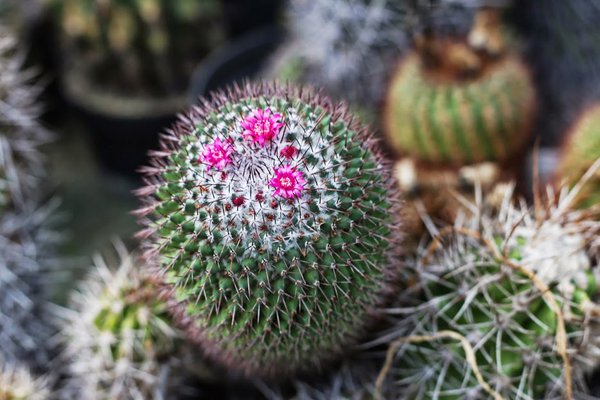 Polish succulent fans have their own clubs all over the country. In 2011, the Bydgoszcz Cactus Lovers Club celebrated half a century of existence. Jerzy Balicki, who has been its president for 34 years, said during the anniversary celebrations that one needs to show respect for these plants, but can also fall in love with them. This belief is shared by several hundred members, who can use one of the largest collections of books on cactuses, acquire seeds of several hundred plant species or buy special pots and soil in the club's headquarters. The Polish Cactus Lovers Society, in turn, which was founded 47 years ago, each year presents several hundred species of these spiny beauties at exhibitions in the Voivodeship Centre of Cultural Animation in Białystok.

Expert names – opuntia, agave, euphorbia or stapelia – sound complicated even to the enthusiasts, who give them more familiar names, such as ‘mother-in-law's armchair’, ‘the shovel’ or ‘the tin star’. The association with the mother-in-law is quite common because cactuses are to be approached like mothers-in-law: the less, the better, which means that the less they are watered, the better they grow. It is precisely those cactuses which are not watered that bloom, and to each cactus owner a colourful flower appearing only once in several years is the most precious reward. Experienced cultivators talk to cactuses and stroke them in accordance with the belief that plants, just like animals, need to be loved.