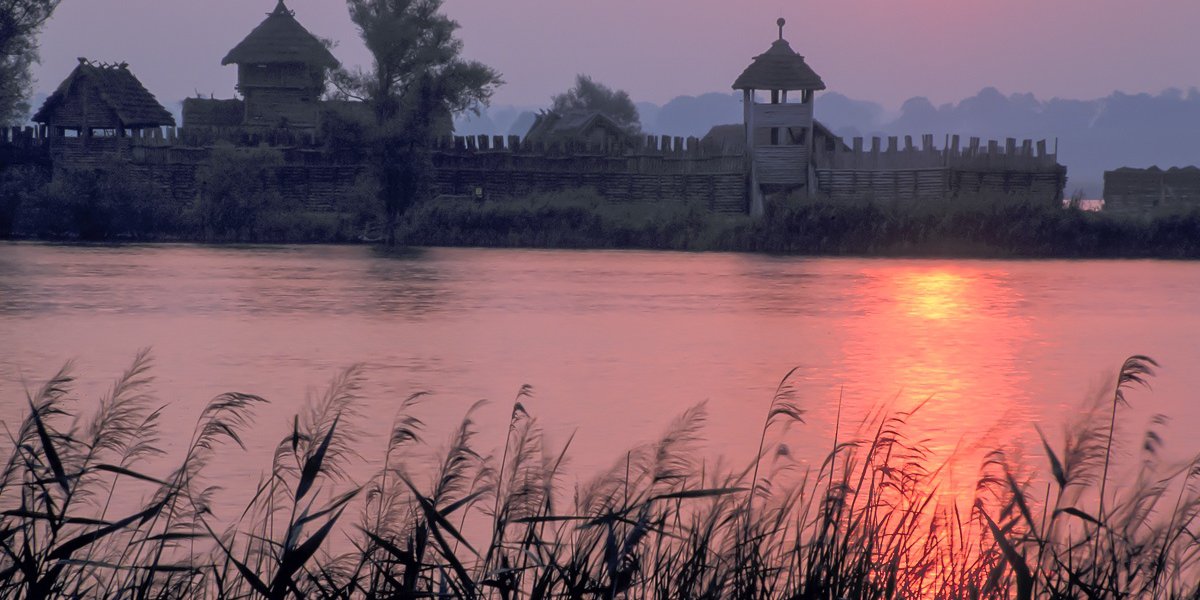 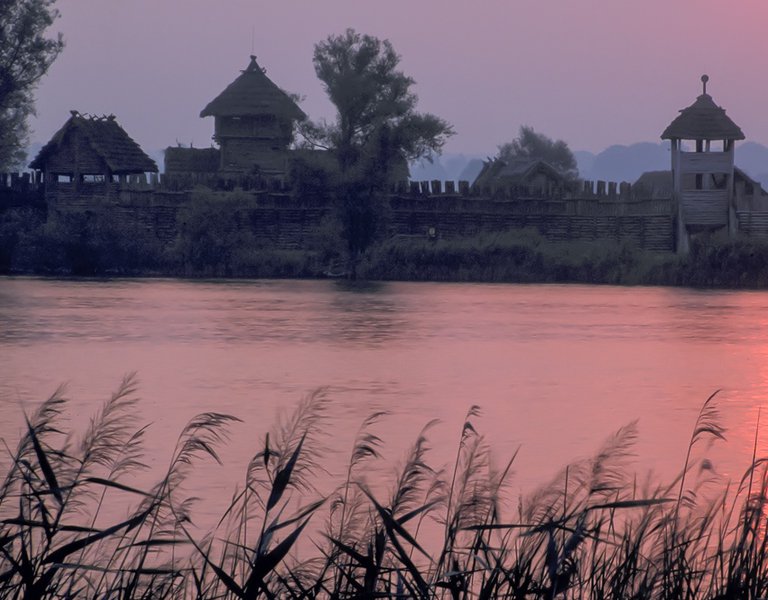 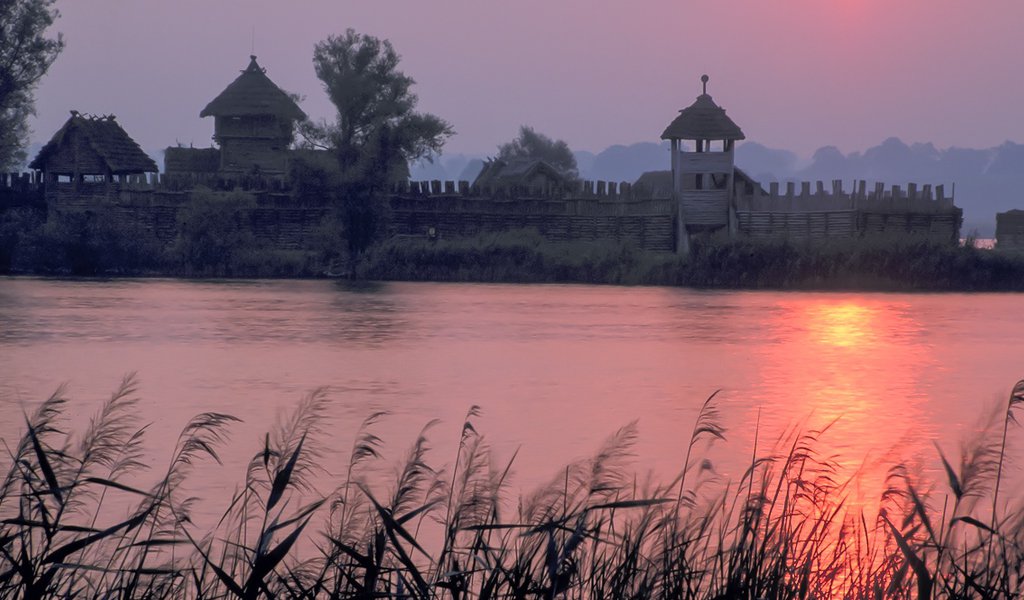 Day of Ancient Settlement in Biskupin

The Archeological Festival in Biskupin, one of the biggest events of this kind in Central Europe, is an opportunity to get a taste of life dating back hundreds, or even thousands years ago.

Every year, the ancient settlement in Biskupin (Kujawsko-Pomorskie Voivodeship) is brought back to life in the third week of September. The settlement plays host to workshops where you can learn how to strip off willow bark, read dates from tree trunks, or forge your own arrowheads. Visitors also have an opportunity to watch underwater archeologists and conservationists of ancient weapons at work, experience battles and presentations of ancient and early medieval craftsmanship, and listen to concerts of music from distant epochs. The Archeological Festival in Biskupin is one of the biggest events of this kind in Europe. It is hosted by the Archeological Museum in Biskupin and the Institute of Archeology, University of Warsaw.

“The 20th Festival takes place this year under the motto “Stone, bronze, iron” and features attractions connected with these three ages, which in our archeological reserve are represented by a number of reconstructions,” Anna Grossmanm, head of the science and education department of the Archeological Museum in Biskupin, tells Polska.pl.

The history of discoveries in Biskupin dates back to the 1930s, when water levels at Biskupińskie Lake were low enough to reveal fragments of fortifications of an ancient settlement. The research carried out in this area by Polish archeologists since 1934 has found that the settlement was built on a marshy island, most probably in 738 B.C., and for 150 years was inhabited by a people of Sorbian culture. The hamlet consisted of 106 homesteads surrounded by a wood and earth embankment, and a breakwater. Today, it is one of the best examined and reconstructed archeological sites in Poland: it consists of a settlement fragment that is situated on a peninsula and partially surrounded by an embankment and a breakwater with a characteristic gate and tower.

Remains of Stone Age (dating back 8000-5000 years) and early Middle Ages buildings were also discovered in direct vicinity of the ancient settlement. Today, meticulous reconstructions of ancient settlements make up the archeological reserve in Biskupin, which occupies an area of 25 ha.

It is here that the Festival is taking place from 13 to 21 September 2014, offering fans of ancient cultures a venue to present everyday objects made of bronze, stone and iron according to ancient techniques; to demonstrate how blacksmiths, tanners, horn makers, potters, and weavers went about their crafts; and to fight in duels using the oldest types of weapons. Archeologists give away secrets of their trade during workshops at which they show how to date excavations, classify bones, conserve wood or reconstruct the facial features of former inhabitants of this area. A big attraction will no doubt be a live reconstruction of an early medieval village, featuring craftsmen and knights from the days of Poland’s first rulers known as the Piasts. You can also visit a newly reconstructed settlement of the first farmers from about 6000 years ago, where demonstrations of prehistoric ploughing will be made.

“The primary goal of the Archeological Festival is to educate. Demonstrations and workshops are supposed to explain how the work of an archeologist in the field looks and how the finds are preserved,” says Anna Grossman. She adds that animators, including a number of students from the Institute of Archeology of the University of Warsaw, will be telling festival participants about the life in distant ages. “Moreover, we are expecting in Biskupin many people who are busy recreating old handicrafts – and you should know that those of them who recreate ceramic dishes and jewelry, are widely recognized around the world,” adds Anna Grossman.

There will also be archeological competitions and activities for children, who can learn the steps of ancient dances, try their hand at felting, and even mold their own Stone Age Venus from clay. 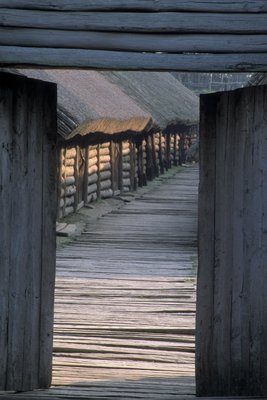 Polish restorers, especially carpenters who recreate wooden buildings at the excavation site in Biskupin, are among the most recognized ones in Europe. Their achievements include reconstructions in the UK, Ireland, Germany, and the Netherlands.

Restorers recreate the settlement with simple tools used by ancient builders. Biskupin is also a place where some old crafts are practiced, such as the burning of vessels, the smelting of bronze, the smoking of fish, the modelling of ceramic, and the production of flint tools, birch tar and wood tar.

In addition, the reserve is home to a breeding facility of Koniks, a species of horses which are related to forest Tarpans, as well as Wrzosówka sheep, and goats. The animals are kept in a stable and flock which are reconstructions of buildings from the Sorbian culture period.

Researchers conduct an experimental cultivation of cereals that used to be grown by inhabitants of the Sorbian Biskupin - especially the four archaic, highly sprouting species of wheat, millet, lentils, camelina and Celtic broad beans. 15 hectares of crops are mostly closed to the public - you can only visit a demonstration plot near the animal pens.