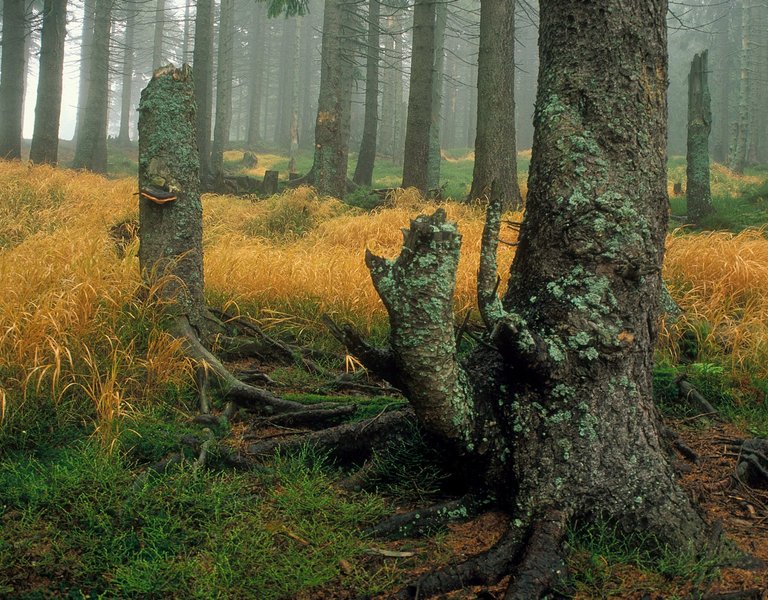 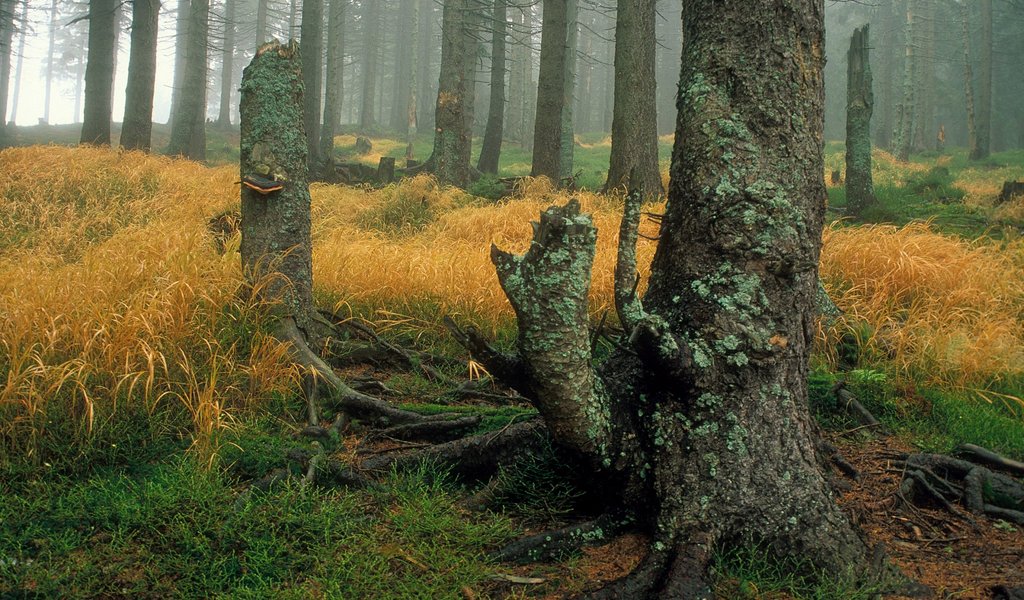 Beautifully-located glades provide breathtaking views of the Tatra, Pieniny and Beskid mountain ranges. The best time to visit is in the spring, when the saffron are in bloom.

The park is located within the Małopolska Voivodeship in southern Poland, and contains the Gorce mountain range with its highest massif, Turbacz (1310 m.a.s.l.). A five-minute walk from that its peak is to a splendid mountain hut offering a stunning view of the Tatras and Pieniny mountains. The shelter is located next to a junction of the region's most important tourist paths. From Turbacz one can set out along seven different mountain ridges running in all directions, including the Gorce range.

Over 95 per cent of Gorce National Park is covered by forest, primarily coniferous, which are home to a large number of rare and protected plants, including many species typical of mountainous areas. Forests provide shelter to a range of animal species, including bears, lynxes, wolves, eagles and the Carpathian newt.

A characteristic element of the Gorce landscape comes in the form of its glades, which provide breathtaking panoramic views of the Tatras, Pieniny, Island Beskids and Beskid Sądecki ranges. These glades came about in the Middle Ages due to extensive forest burnings, replaced with pastures for grazing sheep. The protection extended to these areas in the 1980s led to their overgrowing, damaging the unique ecosystems which are presently being restored to their original condition. Glades covered with blooming saffron in the springtime are yet another exceptional attraction that can be enjoyed in Gorce.