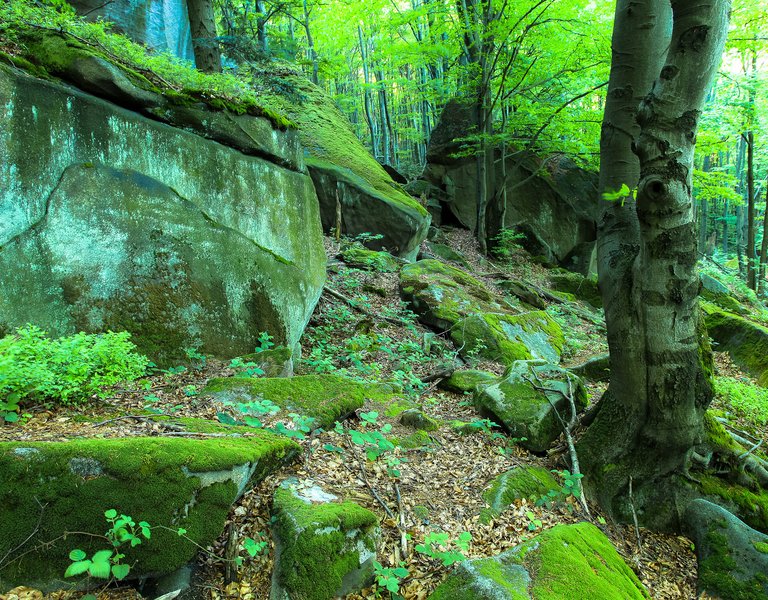 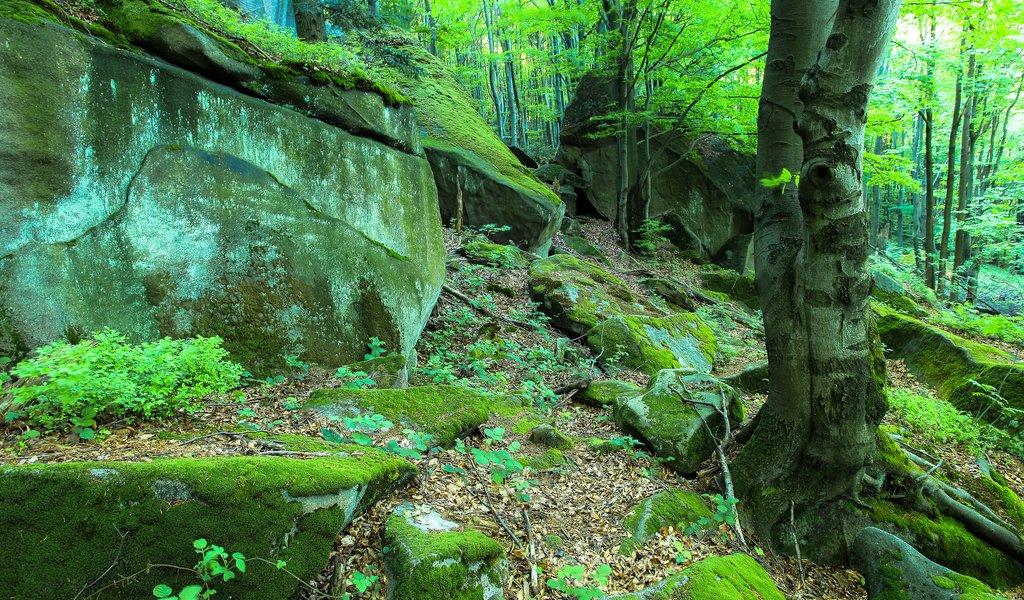 The Magura National Park features fancifully sculpted rocks. The huge Devil's Rock wrapped in mystery is the most prominent among these rock formations.

The Magura National Park is located in the south of Poland, in Island Beskids, at the border of the Podkarpackie and the Małopolskie Voivodeships. It covers a unique area between the Eastern and Western Carpathians, including the Magura Wątkowska massif. The area of the park is overgrown with thick woods, mostly beech and pinewoods.

The Kornuty nature reserve is located at the heart of the park, protecting the constellations of its fancifully sculpted sandstones. Their unusual shapes are due to erosion. The rocks conceal numerous fracture caves, including the best known Mroczna [Murky] Cave, whose corridors are 200 metres long.

The park also features a huge rock, called the Devil's Rock, in the town of Krzesławice. It is 55 metres long and up to 25 metres high. As the legend goes, the devil wanted to fling this rock at the nearby Cistercian monastery, but his strength failed him, and the rock fell several kilometres away from the monks' residence. The rock is believed to have indents made by five devil's fingers. A historical chapel and hermitage are located nearby; the latter until recently inhabited by a hermit from the monastery in Szczyrzyc.

The park is a habitat of nearly 800 plant species and almost 200 animal species (exclusive of insects), including such rare species as bears, elks, wolves, wildcats and fire salamanders. It is also a mainstay of birds of European importance, inhabited, among others, by black storks, golden eagles and buzzards.

The Magura National Park is a part of the European Ecological Network Natura 2000.