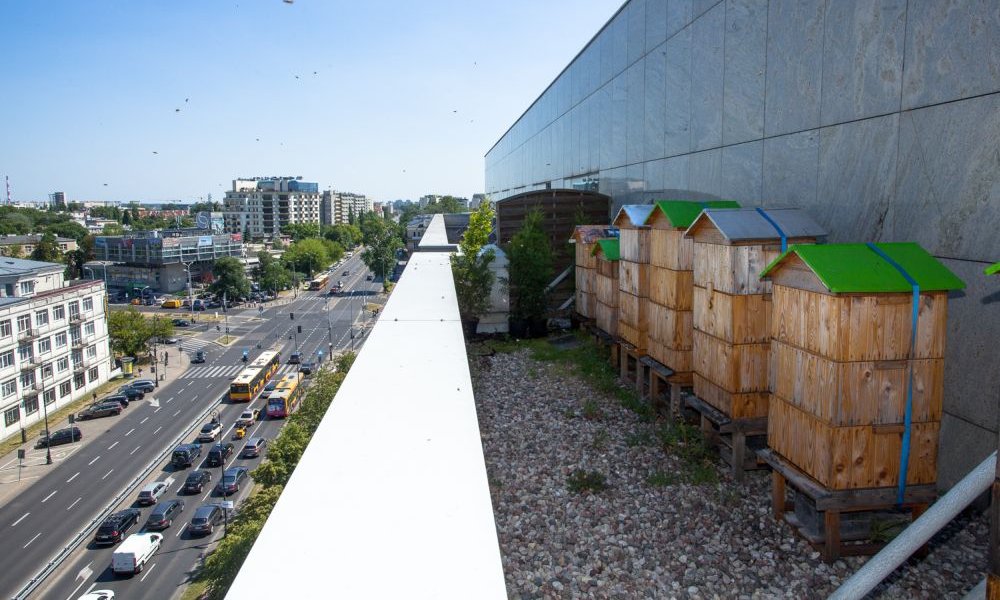 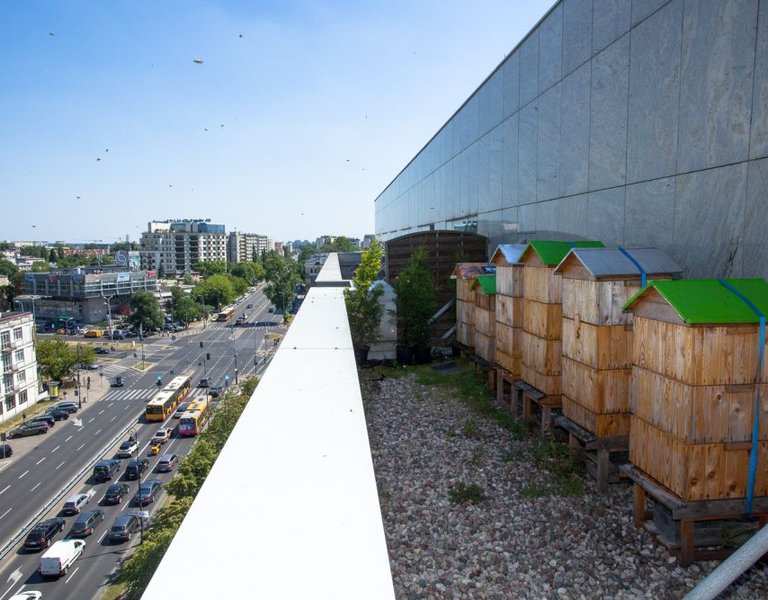 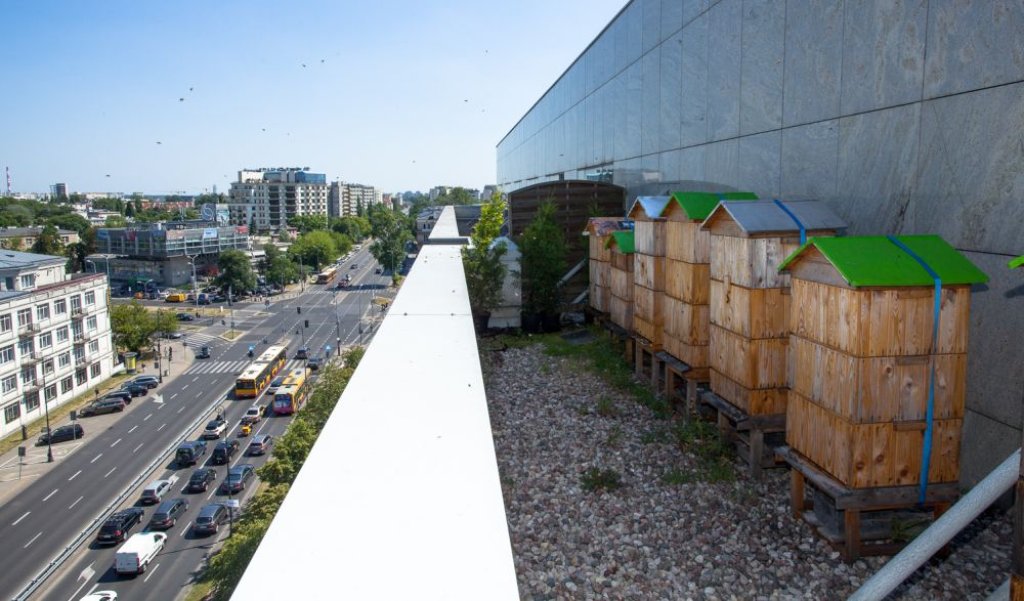 More beehives on the streets of Warsaw

More and more hives for city bees are installed in the capital city of Poland. Beehives stand, among others on the roofs of the Wileńska, Arkadia and Mokotów shopping malls, the Wedel Chocolate Factory and the Palace of Culture and Science.

‘Direct vicinity of the Palace of Culture and Science includes green areas with high biodiversity. Honey bees will easily find food there during the entire season,’ told Polska.pl Wiktor Jędrzejewski, member of the Urban Bees movement, who encourages Warsaw residents to keep bees. He is effective – his initiative helped to install 35 beehives in three locations: in the park near the Królikarnia Palace, at te Jazdów estate, and on the roof of the senior high school in Muranów. One of the urban beehives was installed on the roof of the Copernicus Science Centre, in the recently opened garden.

The movement to install beehives in the cities came to Poland from the USA, Canada, the United Kingdom, Denmark and the Netherlands, where bees have been kept in city centres for years. Examples include beehives on the roofs of the Congress Centre in Vancouver or of the famous London’s Fortum and Mason store, from which bees fly for meals to the gardens around the Buckingham Palace. The honey from the beehives installed at the airport in Hamburg helps to measure the cleanliness levels around the runways. Tens of urban beehives are installed in Copenhagen, Berlin, Antwerp or Milan, not only on the roofs, but also on specially prepared posts. 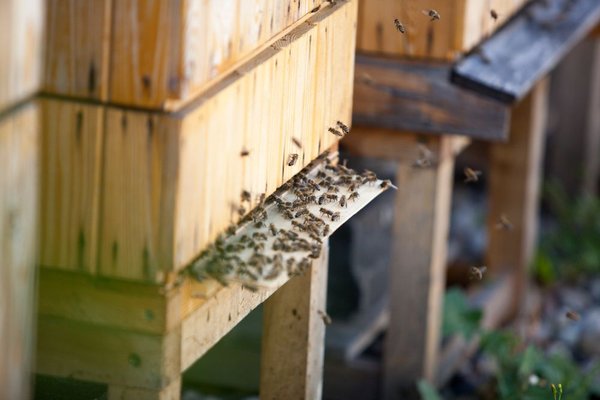 ‘Cities are becoming sanctuaries for bees,’ says Wiktor Jędrzejewski, and continues to explain that the dying out of pollinating insects has been a global problem in the recent years. The insects are harmed by diseases that infect beehives, pesticides sprinkled over fields and single-crop farming, which makes the insects starve after flowering. ‘The cities do not use plant protection products, there is higher biodiversity that allows bees to find food for the entire period of their activity,’ adds the bee-keeper.

Urban bee-keepers believe that bees – and bumblebees that are just as beneficial – find good conditions to live in the cities. In Oslo, a special green corridor with “flower stations” 250 meters apart at most was established with bumblebees in mind. In several Polish cities, Greenpeace helped to install a hundred of specially designed “hotels” for wild pollinating insects. Renowned hotels install beehives on their roofs, including Waldorf Astoria Hotel in New York or Regent Warsaw Hotel, where bees have been living for almost four years.

‘At the moment, we have seven beehives. Each beehive is the home of a family of approximately 30-50 thousand bees,’ says Dariusz Suchenek, chef at the Regent Warsaw Hotel, who takes care of the hotel’s apiary and was one of the initiators of installing beehives on the roofs in Warsaw. ‘Last year, we collected 580 kg of honey in the season, and we serve it to the guests in our restaurants.

Honey from the city’s beehives is safe: the bee-keepers have it tested regularly. ‘It turns out that a bee is able to filter the pollen collected from plants, so that no urban pollution gets into the honey,’ says Wiktor Jędrzejewski. ‘I eat honey from our bees myself, and I can say that it has a unique taste, because contrary to honey made in the countryside, it is made of very diverse ingredients.